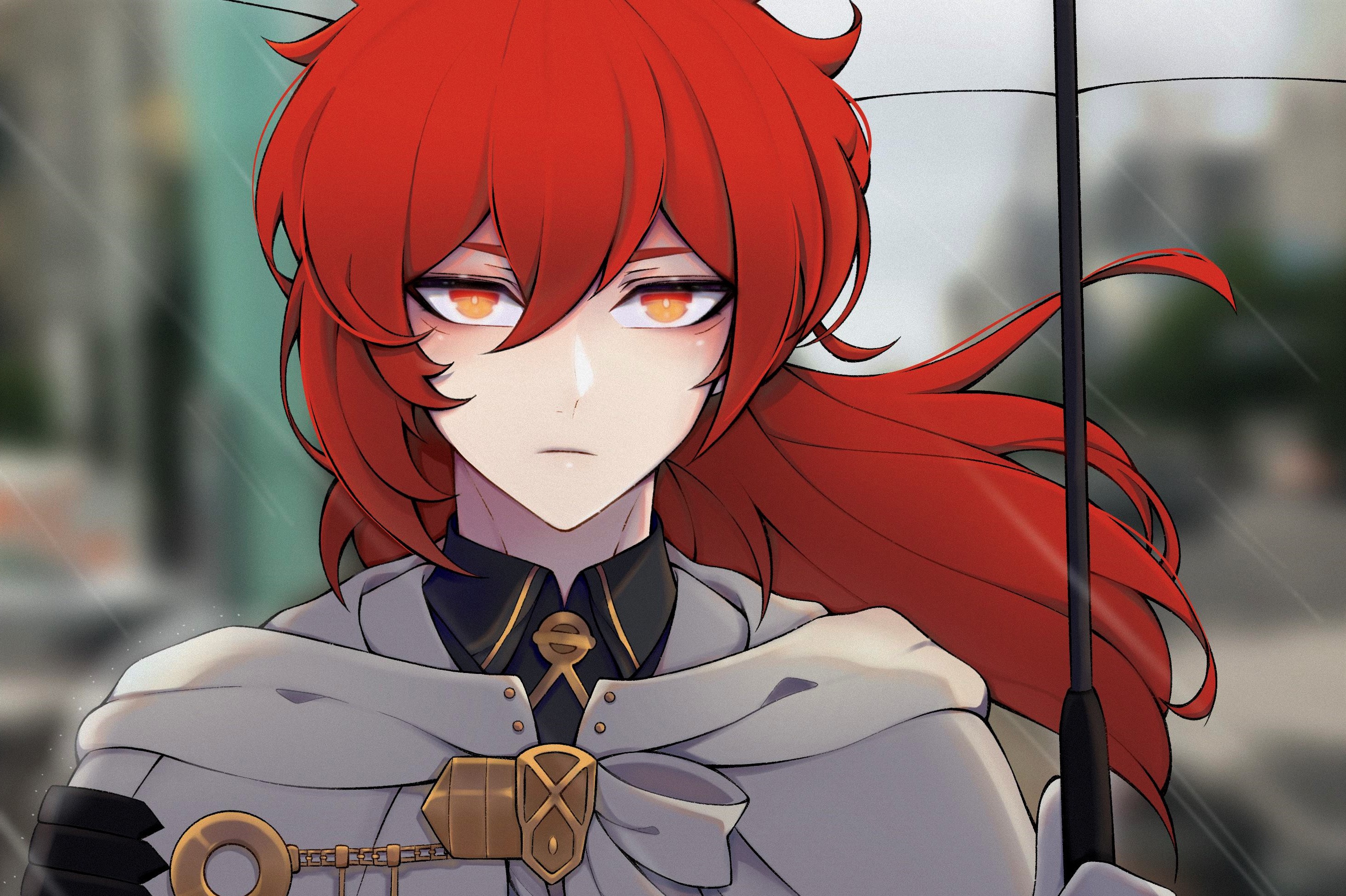 ALASTAIR EISFLUCH | STERNRITTER
Alastair had worn a smile for the best part of the day, treating every interviewee with the same level of respect whilst trying to give off an aura of polite understanding. Most had been sons and daughters of longstanding Quincy families, of varying degrees of ability and a basic drive that he had best described as uninspiring. He still welcomed more comrades into the fold gladly, but it was a mask that he did not like to wear.

It was a strange sensation that washed over him as he listened to Ehefra speak, her powers had certainly been interesting enough to catch his attention but when she spoke of her motivation it struck a chord deep within his soul. For the first time all day, Alastair's lips curled into a genuine grin. Of course, he was able to get a hold of himself before he did anything rash, but there was a flash of a fire behind his eyes that could not be hidden. Nor did he want it to be.

"Well said. Let me reassure you then that you have come to the right place."

"You can learn about our kind from some of the greatest Quincy that have ever lived, hone your skills under the watchful gaze of countless supervisors, and contribute to the effort to help both our own people and the innocent masses across the globe. The Vandenreich is working to build a new tomorrow, a world where we do not have to constantly be looking over our shoulders."

He turned the form over, darting down a checklist at a lightning pace, though his gaze rarely parted from her own. She was a diamond in the rough, no matter how slim the chance, and it was his solemn duty to ensure that she joined the cause of righteousness.

"We have several basic training camps across the American peninsula, but I would like to recommend you for immediate transfer to the City of Lights. The Albedochiffren can discuss the logistics with you in greater detail but, if you are ready, I am flying back tonight and I can arrange for one more passenger on the manifest."

Her brows raised in surprise when she noticed that sudden.....enthusiasm bleeding out of him! The little cube promptly zipped off to the side and started looking around the tent like a curious little child. She hadn't exactly given it an objective and so the little thing was just poking around. In the meantime, she was a little surprised at the vigor and vim with which he spoke. He practically sounded ....zealous! A pretty big energy jump from where he'd been just moments before. And this ...was going REALLY fast! He mentioned the training camps and the outright notion of her straight up just skipping that and going straight to the City of Lights!

She was a little lost for words. She had been hoping to even get an entry level position, but THIS was way more than she could have imagined would happen! "I-I see! Thank you Sir!" She chimed, smiling as she did. Excited for this opportunity!

Even though in the corner of her mind. Something seemed..... off. Not in how he acted, but in something that he'd said.
A lot of people worked for a better tomorrow. They talked about making the world a better place. About ridding the darkness from the world around them.

But not once, had she heard it put in such a way. 'A new Tomorrow, a world in which they did not need to fear'. It was startlingly close to outright saying they wanted a whole new world. It wasn't quite worded as such, but it implied a similar goal. That there was a tomorrow in place and it needed to change. It made some small part of her pause. But she pushed the thoughts aside for now. Maybe she was just interpereting his words different than he'd meant them. But that little note still remained in the back of her mind as she basked in his clear praise. This handsome Ritter made it so easy to just ignore that little worry. So much so that there wasn't even a trace of that doubt on her face as she spoke up.
"I'm absolutely Ready, Sir!"

ALASTAIR EISFLUCH | STERNRITTER
There was a flash of white behind his smile as she acquiesced to his request, it did surprise him how much it motivated him to hear her so ready to enlist. Slowly, purposefully now, he stood from his chair and offered out a gloved hand toward Ehefra. It was a formal gesture now, even though he wore a smile, to conclude the transaction that they had just agreed upon.

"Very well. It is not yet official but allow me to be the first to welcome you to the Vandenreich, Miss Kleinmund."

His grip was firm, not to the extent of a crushing shake but enough to physically show his enthusiasm. Even he knew that it was unusual for him to react so animatedly to this process, but there was an infectious sense of hope in the air.