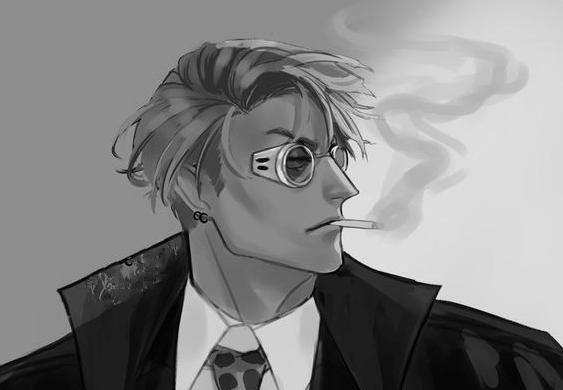 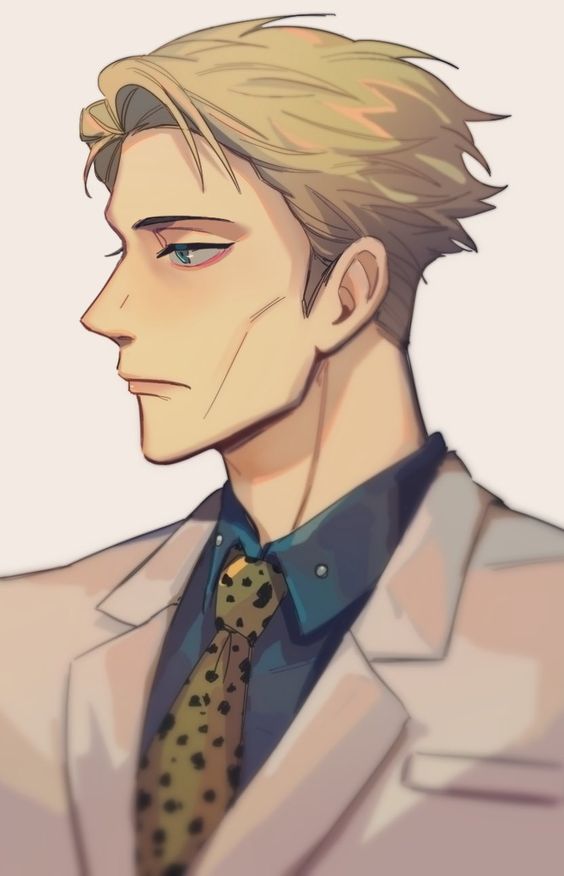 William might once have been a cheery fellow, quick to crack a smile or laugh no matter the situation. Those that knew him before the incident could attest to that certainly being far closer to the past than his current self. Instead, he is a serious individual with a dour outlook on life. Not quite to the extent of full-blown nihilism, but William is still a little outside what one might consider good company. His humour is dry and, though he can be sanguine from time to time, he is not an easy man to get along with for the uninitiated.

If he was passionate about one thing, it would be organisation. Disciplined to the point of being obsessive, William is meticulous in planning out his life as accurately as possible. He keeps a very up-to-date calendar, filled with precise dates and careful scheduling. Valuing every moment of his time against what else he could be doing, he is naturally very pragmatic in his outlook on events and dislikes acting impulsively.

Work is where he can escape the discourse of normal life, where everything is carefully scheduled and there is a mutual understanding of the concept of time is money between him and his business partners. But he is not above putting in the extra effort should the situation call for it, and will go into overtime to ensure that a job is completed if the pay is worth it.

As a full-time security consultant, William is never without arms and armaments. He favours pistols, often carrying a pair on his person, but has been known to use longarms and owns several different heavy weapons that range from submachine guns to sniper rifles.

It should also be noted that, as the head of a company that specialises in dealing with military assets, he is able to source and acquire most non-specialist military tech from across the world given an appropriate amount of time to source and transport such items.

I. Other Supernatural Abilities

Nine-to-Five: During his time in the Special Operations Sector, William volunteered to undergo experimental cybernetic enhancements from Lux Orior's R&D team. Parts of his body were drastically altered during this process, as he gained full-body augmentations that allowed him to perform at a level far higher than any natural human. Whilst Nine-to-Five is active, William's physical endurance and general abilities are enhanced based on his Physical Augmentation skill and he is able to perform feats far beyond normal comprehension.

The installation was not a total success though, and the cybernetics were left with a significant flaw. William did not have the energy to maintain power to all the cybernetics all the time from his body alone. Whenever he calibrated them, he would have to specify times when they were active so that he could ensure that his body has enough energy to fuel the augmentations when they were required. He named the augmentations Nine-to-Five because of this requirement to meticulously plan out exactly when he would need his strength in any one day.

Grindset takes the form of a suit tie that William wears around his neck whilst at work. It can take on any pattern that he desires, but the most common one is yellow with black spots in a leopard style. He owns other, similar, ties but knows the exact pattern that Grindset takes like the back of his hand and is easily able to pick it out of a crowd. When fully removed, often occurring when entering a period of Overtime, it shifts form to become a gauntlet that can be worn on one hand. He could choose to do this at any time, swapping between both modes at will.

Overtime: The unique ability of Grindset is an enhancement of William's innate abilities to further augment his physical attributes. Activated by loosening the knot on Grindset, he forces his body to enter a state of physical overexertion where his already existing augmentations are pushed beyond previous limitations. Using this technique for too long causes negative effects upon his body in turn, though, as it simply cannot maintain the level of energy required to power the enhancements for any considerable length of time.

When activated, Overtime increases William's Speed, Strength, Martial Skill, and Energy Resistance by one level, up to a maximum of Elite. Should a skill already be Elite then it is given a considerable boost though not considered equivalent to a Master. The duration of this buff is based on his Power Control skill and can only be activated once per thread.


At any point during activation, William can choose to end Overtime and return his body to a normal state again.

However, as an additional caveat, he can also choose to maintain Overtime for longer than the duration listed above by putting himself at greater risk. For every post beyond the maximum duration that Overtime remains active, William's Durability is reduced by one level for the remainder of the thread. Should this reduce his Durability to a level below Untrained then he is rendered unconscious by the end of the post and his Durability is permanently reduced by one level.

Tool of the Trade: Using Fullbring, William can transform Grindset into a single gauntlet that mimics the pattern of the tie prior to transformation. An enhanced weapon, specifically useful for fighting spiritual foes, any attack made with it can leave an aftershock effect that creates an energy blast centred on the impact point of the attack. These do not have to be attacks upon an opponent, and can also be used on the environment to either create improvised projectiles or even in the air to create an explosive energy shield.

Tool of the Trade:

High-Speed Movement: As a Fullbringer, William can induce a state of high-speed movement through the use of his Fullbring. Such movements are accompanied by the flickering of a green luminescence referred to as Bringer Light, which is the identifying element of each high-speed movement use. This speed is achieved through a variety of different uses of Fullbring. By pulling on the soul of the ground beneath his feet, he can increase its elasticity, greatly enhancing their jumping ability as a result. In addition, by Fullbringing the air around him, he can accelerate his movements to keep pace with the movement abilities of other spiritual races.

END OF THE CURRY APPLICATION