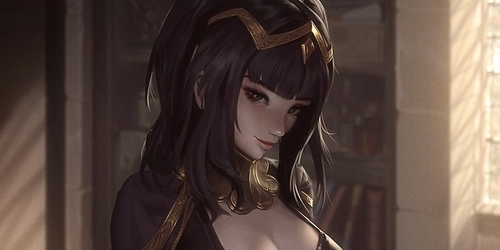 Misc Info: Likely set to receive an update for better character lore and a more fleshed-out app that suits the pallet. Can certainly be used in roleplay, nonetheless, so as long as there is no emphasis on combat(for now.)

Powers: Avarice & Charisma
Location: Earth, likely within a hotel or a borrowed mansion and or home.
Personality: Thara is a woman who simply oozes a natural air of charisma and is the walking embodiment of confidence. She is a woman who can be welcoming and receptively warm to those who approach her with friendly intent. If you sing her praises and shower her in compliments, you certainly fall into a special category wherein you earn her friendship and a friend who will simply drag you along for a really fun time consisting of partying and debauchery, as befits the nature of the Danava of Greed.

Roleplay offered: Thara is a woman, by all accounts, who is open to many avenues of roleplay, namely events where she can improve upon her skill and continuously tap into the nature of her existence as an embodiment of avarice. After a few threads that shifted her direction, Thara is a determined woman who wishes to create and forge bonds, and make the best out of her life as she reaches for the top.

Misc Info: Fun Southern Lady who has an ardent desire to protect and nurture, as well as aim people in the right direction. As a general rule, she is hospitable to most and is not at all the type of woman to lose herself in the tragedies of life, although she does hide her underlying woes behind alcohol, though she aims to mostly never let that side be revealed if she can help it.

Powers: Spellcraft Reishi Manipulation/Travelling Bullets
Location: City of Lights
Personality: Natasha is a laid-back woman who rarely allows pride or hatred to cloud her vision. “It’s not a big deal,” would be a common phrase one would hear coming from Natasha. To her, the future is a wide expanse waiting to be explored. If one allows themselves to get caught in what went wrong, they’ll be miserable. She lives worry-free for the most and although there are underlying guilts she has hidden beneath her sweet and charismatic exterior, she doesn't allow anyone to see that part of her unless they really want to explore that aspect of her heart. If anything, Natasha wants to be able to make up for her faults and offer her very best to those she loves an cares about.

Roleplay offered: Nat is a character who is very finely tuned for various forms of roleplay so as long as there a genuine meaning or purpose behind any of them. Her sweet and welcoming nature makes her someone who could be the life of the party while her underlying guilt from her past easily opens the gate to an emotional or thread rooted deeply in exploring an aspect or two of survivor's remorse in a character. 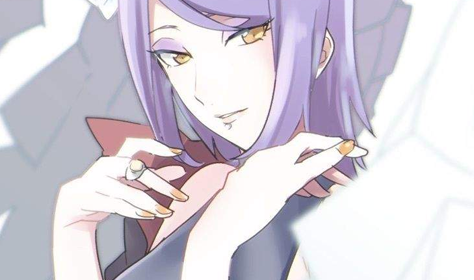 Misc Info: Paper Shinigami who is on the cusp of likely walking into some nice upgrades that will kickstart her regaining her bankai as she aims to continue serving the Gotei United to the best of her abilities.

Powers: Shikigami/Paper Manipulation
Location: Soul Society
Personality: Hime is a rather interesting woman to dissect. She is a woman who wears maturity and grace on her sleeves but can still find herself acting socially awkward as she continues becoming accustomed to life outside a prison cell. She always aims to be helpful to those she loves and cares for, and is always a shoulder to lean on in one's time of need.

Roleplay offered: Hime is a character who is open to a variety of thread opportunities. She is very skilled as a shinigami, fairly proficient in Zanjutsu, Kido, and has a significant grasp of her zanpakuto - thereby making her easily accessible to those who seek to grow stronger in their own skill as a shinigami. If you want a casual or social thread and enjoy seeing her try to learn how to socialize and be a dork about it, that works too. If you need a shoulder to lean on or someone who will talk to you and give you genuine friendship, she is never far away. 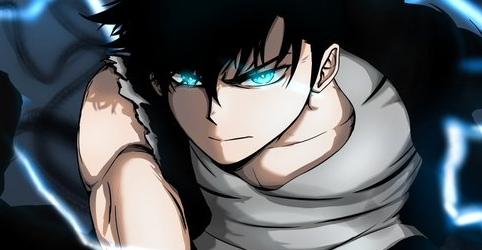 Age: 23
Height: 5"8
Sexuality: Straight(Heavily prefers the female body but would sleep with the right man, preferably of the more effeminate kind.)
Relationship: Single

Misc Info: Fair warning to anyone that desires rp with this one. Did not enjoy the tao chi human pool, so I'm moving to a pool I feel will benefit him more in the long run. Supernatural human is the pool, by the way. Still free to roleplay but I would like to avoid anything outside of a light spar or anything that would lead me having to note anything related to Tao Chi stuff.

Powers: Martial Prowess(for now)
Location: Earth, Homeless but has a few funds to work with.
Personality: Zhang is a rebellious spirit who enjoys living life by his own rules but definitely isn't against the idea of joining a cause to protect others and is a man who values seeing a smile on the faces of those who can't properly protect themselves. He certainly wouldn't call himself a hero but he welcomes the idea of being a good man and turning his life around as he wields his sword for a good cause. He is troubled by his past and what he lost, from his parents, a close friend, and a role model who died in a car crash. He doesn't show those emotions to others and hides behind his more positive features, like his charming personality and his shameless penchant for flirting with attractive women but he definitely suffers from a sense of loneliness he's never properly adressed.

Roleplay offered: The most ideal setting for Zhang once he's more of a finished product is that he wants to genuinely be a man who can make himself and others proud by aiming to do good, protect those who cannot properly defend themselves, and continue to cultivate his skill as a warrior. As such, his aim through any thread would be if he could be of use to someone's cause, help assist them in any way they desire, and meet and bond with others who would help him grow as a warrior and as a man. Also, if you like your females being flirted with and having their ego pumped up to oblivion, there is that too. Flirting is his thing.

Misc Info: Kung-Fu Kenny is also primed for a tune-up to fit the nature of a supernatural human. He is free to rp but only in a way where no references will be made ability-wise to his tao-chi nature. I will likely work on his and Zhang's slight reworks this weekend. Just another thing to make note of if there is still a desire to work or operate with this character.

Powers: Supernatural Kung Fu
Location: Japan
Personality: Kenichi is a man who wears his heart on his sleeves. A martial hero and someone by his own admission, cannot simply stand by and allow anyone to be hurt or preyed upon if he can help it. He struggles with understanding his purpose or what he can offer to the world and desires to be the greatest version of himself he can be if he can help it. He is always open to a spar, but equally welcoming to knowing a person through social interaction as he continues to navigate the word looking for his purpose, something that can truly set his heart ablaze in the large expanse known as earth.

Roleplay offered: The most ideal setting for Kenichi once he's been fully fleshed out is no different from now. He is a man seeking to explore life and find his purpose as he continues to grow as a warrior, continuously aiming to assist those in need, and build a family through bonding and developing friendships with others. He is easily a character who could slot into roleplay for those who seek a comrade who could assist them on a journey, those who seek a character they could nurture and teach, and those who want a really good friend who can do fun kung-fu man things. 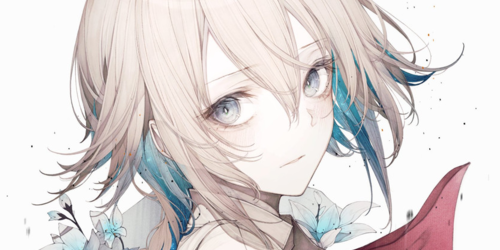 Powers: ???
Location: City of Lights.
Personality: Refer to the app, for now, darlings. 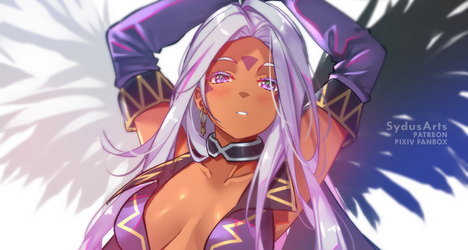 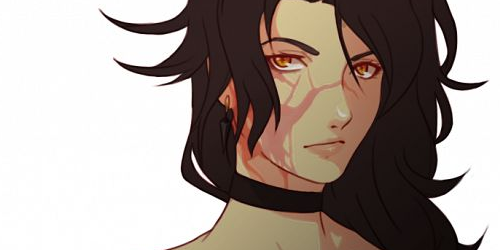 Permissions in this forum:
You cannot reply to topics in this forum
Who is online?
In total there are 15 users online :: 2 Registered, 0 Hidden and 13 Guests