The Rum in Murder [Lukas/Richter]

The Rum in Murder [Lukas/Richter]

Among the streets at night, the city still breathed with life - crawling to and fro with the errancy of insects. Among the insects, Lukas slid through meandering, faceless, nameless crowds; head pushed forward and enveloped in the light of a screen. Words ran by, all but indecipherable if not for his mumbled reading.

"Thank you, yadda yadda... Other considerations..." A slow inhale, the screen flicked off, a black mirror before it slid into his pocket, head rising up not unlike a meerkat. Turning his head, the man's eyes slid over then buildings as he stood. A light behind his eyes, and he'd slip through, towards a promised land.

The door swung open quietly, the resounding roar that came from the building unexpected. It was furnished relatively old fashioned, still using a massive wooden bar. Lamps hung low, with various trails of smoke encircling. Plugging an ear, Lukas sat at the bar, gesturing for the barkeep. "Beer."

"Care what kind?" the man responded.

Lukas shrugged. "Whatever gets me drunk." Pulling out his phone, a quick swipe would pull up a list of credentials, a flash of which left him with a tall, cold bottle of liquid day fixer. The pop of its lid a song as he took a deep swig, before gesturing with a nod at the fairly rowdy crowd.

"So what's going on over there?"

"Oh, you know. Some rich kid celebrating, bought a round, people losing it a bit." the bartender didn't seem frustrated by the group, throwing a rag over his shoulder as he spoke.

"That include me?" Lukas replied, half jokingly.

"No harm in askin, right?" the man looked at Lukas with a wink. 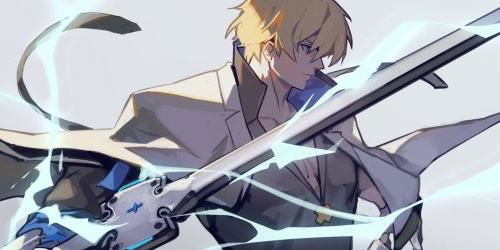 Come join us and party! It'll be fun!. They said.

Drink and enjoy yourself. Go wild for a night. It's your first week in town! True, but even then...

Solomon sighed as he found himself surrounded by a table of his peers in the Vandenreich. He hadn't applied for a division yet but those around him thought it necessary to celebrate regardless. Had he caved into peer pressure? Perhaps. Part of him genuinely desired to ease his mind and distract himself from the inner turmoil of life.

His purpose, how every action he executed had to be with the honor of his high-society family in mind. It was a tenuous process, far from rewarding, far from satisfying. Such was the existence of a figurehead, he supposed. Monotony seemed to fill his days more than anything else.

Try as he might to act as if he wasn't a willing participant in this bar environment, Solomon actually enjoyed the idea of letting loose for once. The first drink he consumed was a cup of whiskey.

Far from beginner-friendly, Solomon found himself loosened up quickly. Any form of fuss or discomfort in his posture had departed entirely. One drink became two, two drinks became three, and so on and so forth...

Gathering around him, others caught wind of his tab and immediately pinpointed him as the guy with a mighty pocket and an eager mind. Who was he to turn them away? Why not play the role of a rich guy stealing the show by buying everyone a drink? For one moment, he could be at peace. He could enjoy being reckless.

He didn't belong to a division yet. He could be free to act foolish for once. Drinking his sixth cup of whiskey, Solomon would turn his eyes to the man who was wondering about drinks. Oh. That was right. It was him. He was the center of attention right now. One of his peers would turn to Lukas and firmly pat his shoulders, pointing back to an intoxicated Solomon.

"This guy... but uh... we should probably be getting home soon'... I think he's had his fair share already. And I don't know if he'd take kindly to us throwing anyone else onto his check. You can understand, right?"

Lukas' arm came down onto the man's shoulder a moment later, moving past the other bar patron with a quickness - leaving his bottle with the man's hand. A second hand entered the scene, poking the drunken one's forehead with black cloth. Something that would come with repetition, a woodpecker drilling against his head until a response of some kind was garnered. Assuming he did, Lukas would wave; before jutting his thumb back towards the bar.

"Hey buddy, you treating?" a half yell in the drunk's ear, the patron from before moving towards the table with a fire in his belly, and Lukas' beer in his hand. A blur of motion as he re-attained the bottle, a final swig as he sucked air from the glass. A cheshire smile as it was handed back, tipped over and onto Lukas's finger, wagging over the man's mouth.

Solomon was on the verge of dozing off before an incessant poking at his head caused him to lazily open his eyes. Sky blue eyes made out the image of a youthful man with flowing silver-hair pecking away at his head with his finger. Were it to have been any other circumstance, Solomon would've simply opened his mouth and requested that he stop using his head as a button.

Under the influence Solomon was not so composed. Level-headedness was a myth as far as he was concerned right now. A hand swiftly rose up to knock his away as he glared up at him through dazed eyes. Pushing him away with the other hand, Solomon rose up, unsteady eyes surveying his surroundings.

He was still in the bar. He wasn't the victim of one of those drunken nights of passion where you wake up with a lady with a special surprise in their pant - or a guy. His friends humored him about how that could happen if he consumed too much alcohol, and to an extent, he took it seriously. At the moment, he just wondered what he was poking his head for. He hadn't listened to the conversation his peer and Lukas had held, which made his next action complicate matters all the more.

"Whose this silver-haired idiot poking away at my head like woody the woodpecker," He remarked, his words slurring as those azure eyes continued to glance Lukas up and down with annoyance.