It was a warm day the sun was out the wind was blowing you could see the wind blowing in the grasslands outside karakura forest. Zetsu had awoken to this beautiful day he decided to go into the forest and train now that he has his new found power he looked around he could sense so many things in the forest. He sensed the animals, the plants, and he could sense a few hollows in the forest as well this was a perfect chance for Zetsu to test out his and Zetsuei's powers. Zetsu decided to walk over to the first hollow and then he released his energy and summoned Zetsuei to battle the hollow looked him Zetsuei a bit confused. Zetsuei's thin tentacle like swords pierced through the hollow instantly and the hollow was destroyed in a flash. Zetsu laughed man this power is amazing I think we should take on more of these creatures though. Zetsu let out as much power as he could knowing it would attract the rest of the hollows. The bait worked suddenly about 6 hollows appeared in front of Zetsu and Zetsuei. Zetsu looked at the creatures and laughed Zetsu called out to Zetsuei " the 3 on the left are yours my friend" Zetsu charged at the hollows on the right while Zetsuei dissapeared and appeared in front of the hollows on the left. Zetsu punched 1 of the hollows in the chest slamming it into another and then he appeared behinde the 3rd hollow and kicked it from behinde the mask instantly breaking off its head.

Re: Zetsu's Trainning to master Zetsuei and increase his skills at controlling Zetsuei anyone welcome to join in on the fight 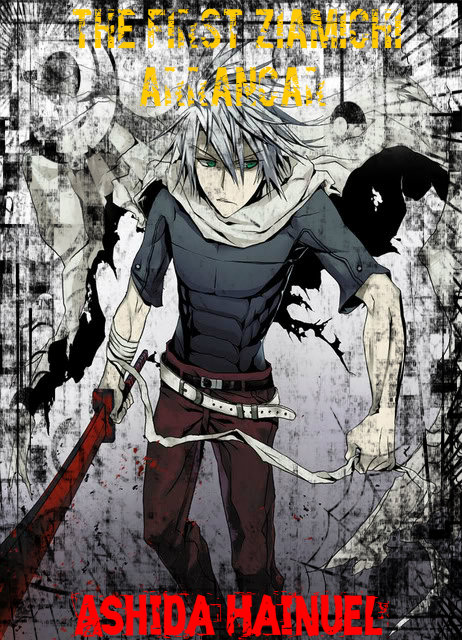 You Shall Fall By This Blade.
One Man, who was laying down on a row of pure, green grasses that gives a cool breeze and a "rustling" sound when the wind blows. Once again, a relaxation from all of his problems in this very, quiet forest who has nothing to disturb his perfect relaxation spot. The karakura forest was like his home, wihout anyone to be shouting at him, or alarm clocks to wake him up. The only thing that could wake him up from sleeping, if he sensed any spiritual beings coming by into his very home, the karakura forest. Luckily, an energy that felt familiar had came into the forest, a very familiar energy. It is something he felt before, something strong and powerful. The white-haired man stood up, with a cloak that is floating at the air when blown by the strong wind, that was being tied up on the man's neck. He took his Zanpakutō that was hanging on the tree branch and placed it on the right side of his waist. The man had a white, spiky hair, with a tattered cloak tied up on his neck. He had turquoise eyes, a crimson-colored Zanpakutō that was on his right side of his waist.

The white-haired man was Ashida Hainuel, The Bloodthirsty Demon. Ashida was far more than just an ordinary arrancar. He was the first ziamichi arrancar that has ever stepped foot on Karakura City, and that has ever stepped foot into this forest. This presence was familiar, and he was able to easily remember it. It was Zetsu, and Zetsuei. But even if it is a strong spiritual power this person was emitting, it was nothing less than a weak spiritual being. Ashida starts to move towards the direction where the energy was emitted, and when the closer he gets, the stronger the spiritual power gets. When he arrived, Zetsu and Zetsuei was "busy" busting and destroying the hollows into pieces. It looked fun, but ashida did not want to simply "bust" into the part, instead, he would "thrust" into the party.

Ashida took one, two and three steps. The three steps could cause ashida to move at fast speed. Ashida rushed towards Zetsu, but because of their difference of speed was too great, Zetsu could not have the time to evade or even run away from his attack because of his speed, and zetsu's head was catched by his hand, causing zetsu to be thrown by Ashida with his sheer strength and sent him several feets away, and also caused zetsu to be crashing into a few trees and splits them into half, and the trees would be tumbling down on zetsu's thrown body. Before zetsu could stand up, Ashida once again used his quick movement to arrive at zetsu's crash site and appeared at the air, then stomps on zetsu's downed body by using his sheer strength to cause the ground to form a large hole.

The white-haired man would retreat from the downed and stomped body and stood straight in front of him. Ashida grinned and placed his left hand on his chin, while his turquoise eyes would be staring at zetsu's direction. Ashida's mouth moved, releasing a few words before pulling out his precious blade and cut down zetsu's precious body, leaving zetsu's blood stain on the grass for eternity life.

Ashida pulled out his blade out from his waist, and the blade was shining brightly when the sun ray pierced through the darkness and shined right on the Zanpakutō that he has raised up at the air. The white-haired man smirked again, swinging his blade down at fast pace and the ground would explode from a single slash from his blade, erupting the rocks to form up the spikes from the ground. Then the man placed back his Zanpakutō on his shoulder, grinning again with his eyes focusing and locking onto zetsu.

"Let get this fight started and let it last quickly, shall we?

Re: Zetsu's Trainning to master Zetsuei and increase his skills at controlling Zetsuei anyone welcome to join in on the fight

Zetsu was facing the hollows as he made quick work of them. He could sense something coming right twoards him but it was to fast for him to react. Zetsu was knocked into trees and slammed into the ground almost instantly he looked at the face of his attacker it was Ashida the being that he had previously fought with the other day. Zetsu looked at ashida who slashed cut Zetsu's body stainning the grass with his blood. Zetsu got up wounds and all and faced Ashida who swung his sword and the power of the swing created pillars around them. Zetsuei appeared before Zetsu and looked at his master who was wounded by the cuts on his body. Zetsu smiled for last time him and Ashida never got the chance to finish their fight because Zetsu had passed out after awaking his ability to summon Zetsuei. Zetsu looked at Ashida and then smiled and began charging at him at that same moment Zetsuei dissapeared and reappeared behinde Ashida and pierced his shoulder this time rapping him in the sword like tentacles but Ashida's armor couldnt be cut so they simple entangled him and locked him in place. Zetsu who was charging at him didn't give him time to react and started punching his body pounding it till it was black and blue. Following that Zetsuei picked up Ashida's beaten body and slammed him into the ground leaving a crater in the ground. Zetsuei then picked up Ashida and through him in the air. Zetsu jumped up to where Ashida's body was mid air and grabed Ashida by the arms and began spinning with Ashida in hand flying to the ground then he let go at the last minute slamming Ashida into the ground increasing the size of the crater even more. Then together Zetsuei and Zetsu started stomping Ashida's body into the ground each kick creating a slight earthquake pushing him deeper and deeper into the ground. Zetsuei suddenly broke into peices and Zetsu passed out over Ashida's body from the damage of the wounds and the amount of energy he wasted during the battle against him layed to much stress on his body.