This thread will be to apply to become this nations King/Queen. If you need more information on what they are, please go to the Demon Lore Project and read up on "Demon Nations" and, in Demon Classes, "The King/Queen" Class. It is also worth noting that you still need to apply if you also wish to challenge the current King/Queen. You will become King/Queen if you are able to other KO the King/Queen or kill them. Additionally, you'll also find information about the Prince/Princess Class as well. We assume you know what you are doing when applying for something like this.
The King/Queen Sign-Up

Name: Inami Asthavon
Character App: https://www.platinumhearts.net/t10403-inami-asthavon-0-5-base-0-3-ppqx-demon?highlight=Inami
Tier: 0-5 to 0-3
Reason: She is an Infanta in shadow fall and of direct blood in the Asthavon family, primarily though because of the fact that the land is so brutal it would be the reason she would choose to rule it, as for the main reason is that she would be able to both do her duty, and further be able to find potentially strong recruits for shadow fall. And finally, it would give her something to do in her off time.
Notes: Nabbing this if possible. Plus signing for queen, and if possible making it a female run Nation due to her Androphobia.
__________________

I'mma reject that since only demon's can fill those positions. Otherwise, that would defeat the point of having these positions since they are to be filled by their own kind.

Name: Kiriel Asthavon
Character App: https://www.platinumhearts.net/t10635-kiriel-asthavon-danava-0-2?highlight=Kiriel
Tier: 0-2
Reason: Kiriel is a Savage Beast Incarnate, he and this place were made for one another..It's literally a match made in Demon World Only..I believe he's fit to rule..I think one more thread should do it.
Notes: (Any Extra Notes to add?)

..Overlooking this i wouldn't really have much a problem from it, as long as kiriel understood that he'd have to pay inami the respect she deserves. Make a thread and we shall go from there.

[note edit:.. If approvable by frost, this will be accepted at the time that the thread created is done, however the king will become the over-seer of chaya nation when inami's not around, + he will be allowed to start his own team which would be geared more towards war. ]
__________________ 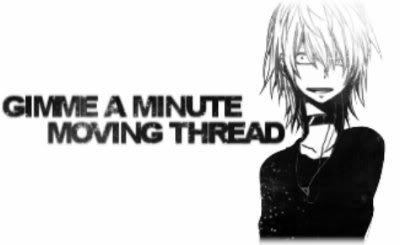