A low yawn exited the mouth of the young Shinigami. Brown hair and matching colored eyes complimented a rather beautifully shaped figure. She wasn't short, but she wasn't too tall. She was what a lot of people would call a "natural" beauty. She was tired and it was early in the morning. Even she, the OCD third seat of Squad Eight, was not used to getting up as early as she had to today. A new mission had been given to her only a few hours ago. Apparently a few low powered hollow had made their way into the Rukongai only to slaughter the innocent bystanders. This wasn't something that she would allow, so she made sure she got up bright and early. She also took note of the person that was supposed to be coming with her. She sent a member of her Squad to make sure he was up and ready. He should be meeting her here, at the eastern gate, within the next five minutes. If he was late... Well let's just hope he wasn't going to be late, since Kimiko's OCD trait would definitely cause a few problems for him.

Wearing the normal Squad uniform, she always kept her short hair hanging down over her ears. Her Zanpakutō lay at her left side, easy access for the right handed woman. Now at the gate, she looked around and saw that he was not there, so she leaned up against it, waiting for his arrival. He had four minutes to arrive before he was late and she was angry. "Tsumi... Buredo..." she mumbled under her breath, wondering exactly what kind of guy this was going to be. All she really knew was that he was not of her Squad, instead he was a member of Squad 3. "This is going to either be a pain in the ass.. or very interesting..." 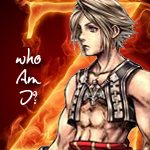 Kimiko was currently leaning up against a wall with her arms crossed along her chest, her eyes closed, and waiting for this Tsumi's arrival. Sensing someone near, she opened her eyes. Lifting her head, she turned her attention towards someone who had just arrived. "Are you Tsumi Buredo?" she asked him. Figuring that he must be since it was way to early for others to be out here at the moment. "I assume you are, so do you know our mission? Also... You're late." Kimiko narrowed her eyes. He was in fact... forty-five seconds late. Kimiko didn't seem to care that she had to wait such a short time. "If not, let me explain it to you..." she began speaking as she pushed herself up from her position on the wall and stepped towards him, "A few low leveled hollow have made their way into the Rukongai. It's really an easy mission as long as we have been given correct information. We go, we kill, we help those who need it, and then we return here. I do not like mistakes, nor do I accept whining, complaining, or anything like that. If you're going on this mission with me, you're going to be quick, precise, and willing to die for those out there... Got it?" After awaiting his answer, if it was a yes about him understanding, she would turn towards the gate and walk through. If he said no, that he did not understand, she would continue to explain to him and answer any questions that he had.

It was only about a ten minute walk and they had arrived. People were running around, hiding, and scared. Hollow were ravaging this area of the town as if it was just something to do. Kimiko was about to speak to Tsumi, but he didn't seem to want to wait, which she didn't mind. She reached over to her side, grabbed onto the hilt of her Zanpakutō and charged forward as well. She ran through three of them, slicing her Zanpakutō through their masks quite easily and without any hesitation. The three Hollow died, vanishing from sight like Hollows normally do. Kimiko blinked a few times as she heard Tsumi call out about pointers. "You want to do that now!?" she yelled back towards him. Out of the corner of her eye, a hollow attempted to swing at her, but she moved back out of it's way. She swung her sword upwards through the mask of the hollow, killing it as well. "YOU ARE SO WEIRD!" she shouted towards Tsumi again, "JUST CONCENTRATE ON KILLING THE DAMN HOLLOW OR YOU'RE GONNA GET US AND THESE PEOPLE KILLED!"

There were about ten more Hollow left at this point. Five of them were running away from the two Shinigami, trying not to get killed. "GO AFTER THEM!" Kimiko commanded Tsumi, pointing towards the Hollow that were running. She didn't know how powerful this guy was going to be, but she hoped that he would be able to handle them. Kimiko dodged yet another attempt on her life and only repeated the process of killing it. Hearing a child's scream, Kimiko turned around to see that two kids were about to be attacked. "Shit.." she shunpo'd towards them and appeared between the Hollow and the child just in time to block the attack. Swinging her sword downwards this time, she sliced through the Hollow's entire body and killed it. "Go! Hide! Now!" she told the children and they ran off to hide. Kimiko turned towards Tsumi to see how he was doing and if he was doing what she asked.

Kimiko watched his moves with an eyebrow raised. She blinked a few times, a blank stare being given to Tsumi now. She was stuck. The guy was actually pretty good. These hollow may not have been on the strong side, but they had numbers. He took them down so easily. Kimiko just blinked a few more times and then shook her head, snapping herself out of her little trance. "Well damn, kid..." Kimiko said as she stepped towards him. From what she could since, there weren't anymore Hollow in the area, so they were done. A lot of damage had been done to the village, but not anything so major that it would cause any serious problem. "What is this shit!? Where the hell did you get moves like that, huh? I will admit, some were a bit sloppy, like that flip you put in there, but you took them down rather quickly for an unseated officer. Hahahaha! Not bad at all. I'm taking you on all the missions I get that are like this..." Yes, Kimiko was impressed with his moves, but not only that... She was impressed with his ability to follow orders and the want to learn he seemed to possess. Although it was at a bad time, the fact that he had asked for pointers was.. interesting to say the least. "Well I don't think we have to do anything here..." Kimiko looked around, sheathing her Zanpakutō and then crossing her arms along her chest, "I don't see any casualties... or anyone injured. So, because I don't feel like going back to my lazy ass Captain just yet, we have a choice... head back to the Seireitei, or go hang out somewhere until we FEEL like heading back... What do you think?"

Kimiko saw the blood come from his nose, but just pushed it off like it was nothing. She waited for him to answer her question and seeing that he did, she smirked and walked up to him, swinging her arm casually around his shoulder. "Thank god! I can't go back there right now." she said with a smile as she began leading him away from the village area they were in, "I am one of those people that likes everything organized. He is so lazy! He refuses to do any work unless I practically cram it down his throat and it's beginning to get highly annoying." After a few minutes, the two would come to a small hill. At the bottom of this hill was a pond with a patch of flowers surrounding it. "Well that's pretty, now ain't it?" she said as she dropped her arm from his shoulder and walked down towards the pond. She laid down two feet away from it and slid one hand under her head and placed the other under her stomach as she stared up at the sky above. "Come and relax Tsumi..." she said, patting the ground next to her, "No point in standing up the entire time..."