James walked through the forest to Naia's house, reminiscing on the day past. He hated Valentine's day. All that talk of love... It made him angry. It wasn't even a genuine emotion! It, at best, would last some short amount of time, and be lost with the person's growing boredom with their so called "soulmate". He spat on the ground. Valentine's day really did piss him off. Though, he turned his criticizing eye back on himself, as he found himself almost subconsciously walking to Naia's. Why would he be going there, and even further, why would he be thinking of Valentine's day while going there? James shrugged the thought off. He couldn't dare allow the thoughts that would come with it. Arriving at the door to her mansion, he knocked. "Naia, you home?" He called out.

It was still early in the morning as Naia was still sleeping in her small bed. She loved her bed, it was very comfortable for her it provided her warmth as it would cushion her entire body and match its shape. Naia would continue rolling in bed trying to ignore the knocking she could her with her sensitive ears. She knew who it was by the way they happened to knock. It annoyed her that they had happened to come visit today of all days. She had expected him to drop by for a while now and he just vanished. Naia began to speak softly as she was wearing her purple sleeping gown made specifically for her and her wings.

"Baka James. Why did he have to leave me here all alone. i missed him. I was lonely."

Naia was still upset at the face her only friend left her with out any explanation that he had left. She got out of her room fixing her hair as she walked down the stairs careful not to fall because of her long gown. As she got closer to the front door the knocking grew louder and louder. it seemed that James was really growing impatient. Naia was taking her time as this was her way of punishing James. She fixed her hair first before she opened the door to let him him.

She seemed to be a little harsh as she looked at james with a upset look and a feeling of discontent.
Template By: [LIO THE LION]

James half-smirked at Naia, his anger barely visible now. He supposed that some sort of apology was in order, so he simply walked over to her, and wrapped his arms around her. "I'm sorry Naia, I got really sick, and I didn't want you to catch it." He whispered into her ear. His voice was still a bit harsh from the cold he had, but he could still whisper. "So how was your Valentine's Day?" He whispered as he stepped back from her embrace. Now smiling, he looked down at his... rather short companion. To be quite honest, even if James did like Valentine's day, it still wouldn't have changed that his most recent one SUCKED. James looked down further, almost to the ground. His eyes stopping at Naia's feet. He felt the smile fade from his face. How was a monster like him even supposed to love? Shaking away the thought, he looked back up. Naia still hadn't answered his question, so he smirked. Resting his hand on her head, he smiled lightly. At least I have you... James thought to himself. He didn't really know how he felt for his childhood friend, or why she was the only one he couldn't bring himself to pick apart, but rather than troubling himself for all the answers now, he'd just forget about them, and spend the post-apocal-- post-valentine's day with his good friend Naia. 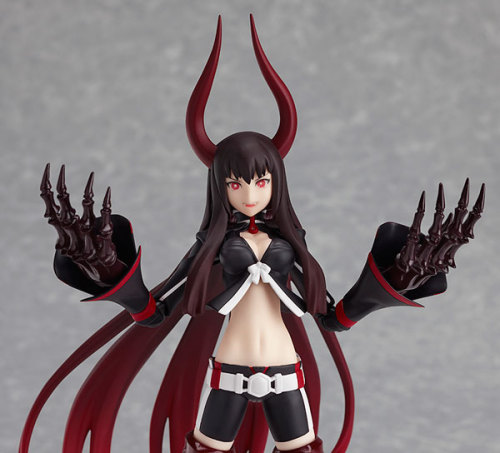 !!!!ATTENTION JWC !!!!
Look, I know you may be having fun here, but I have to inform ya of something. You see, JWC, on this site? Yea, we have a 1,000 character limit. I'm not sure if your browser supports it, but as you are making a post, a little counter should be going up telling ya how many characters you have made in your post thus far. I clocked in your last post, and it was only 435 characters. I'm going to ask, that from this point onward, you start making 1,000 character minimum post and checking to make sure you hit that quota; as that is a rule on our site.

She continued To be upset with him so when James had put his arm around her it just made her angrier. She disliked the fact James was whispering into her ear as well when he could have been speaking. She shrugged him off and slightly pushed him. She looked down at the ground lost in old thoughts for a bit. She thought about how she had spent the day before she went out and did the same routine as usual and James should know that by now. She had woken up sometime in the morning, packed a small snack a lunch while bringing a basket with her to collect herbs and other plants for a while in the forest once she returned she would tend to the garden she has in the back and if she feels hungry probably some dinner before showering and going to sleep. Her schedule never really changed it was the same as it had been before it only goes through small amounts of changes.

Naia has also been going to school but never saw James there either she didn't include her going to school because it should only be natural that he would know. Or has he been away from her so long that he doesn't even remember anything. What the hell was so important that he would disappear without a word she wondered to herself. All she could think of was how much of a jerk James was for leaving.

" What do you mean how was my valentines day? It the same as everyday nothing really changes for me. Shouldn't you know that? or have you forgotten because you were gone so long."

Naia's words were harsh and held her anger within them. She had been to frightened to make friends at school and spent a lot of time alone. she couldn't change anything really. Not with out help at least. She had James to rely on but he disappears out of the blue and causes her to spend her time struggling. most of her thoughts just ignored James' words. After a few minutes she sighed and calmed down then spoke with demanding yet polite manor.
"I guess since your finally here you could help me clean this place up its getting dusty and its too big for me to clean it alone."
Template By: [LIO THE LION]

James stepped back, laughing. He hadn't expected that to get far. Not like he actually thought Naia would accept such a random and seemingly uncharacteristic gesture from him anyway. He smirked. Then looked back at her. Nothing ever changes for you either huh? James thought as he seemingly got lost in her eyes. She was so simple. You wouldn't have expected her to have come from such a traumatic past as she did. But James had her, and she had him. That was all there was to it. Knowing this, he stepped into her familiar mansion. Looking around, and having to draw a mental map of the place, due to the massive amount of dust in the area, he quickly noted something. "Naia, the place is a mess! There's cobwebs and dust piles everywhere! Man, what would you do without me?" James stifled back a laugh, and, before Naia could hit him (as was expected) he quickly drew a feather duster off of a table, and withdrew himself into cleaning. It was true. Naia was too small for this place. She was probably tending to her plants the entire time... She usually just kept her room clean only, and let the rest of the place fall apart slowly. James had been gone for a long time, so he had a lot more than usual to clean, but it was the same drill anyway. Naia's room always sort of reminded him of an oasis in the desert. Always so pristine and beautiful, while the rest of the house was a bit on the grim side. It had a sort of lonely feel to it, but hey, it was familiar. Usually, James cleaned up the majority of the house, while Naia kept to her plants, and her room. He didn't really mind it either. The mansion had sort of become like a second home to James. In fact, sometimes it felt like his only home. A smile escaped James' lips. Thank you, Naia. Then, he continued cleaning. He dusted at a few shelves, and began sweeping the floor at insane speeds. Slowing down to a normal pace, he looked over at his friend. "So, Naia, anything interesting happen while I was gone?" He asked, the rasp in his throat fading as he spoke more.
__________________

Naia ignore most of James' comments about how dirty her house had gotten. She just got busy and distracted by her plants. She had started experimenting with new plant fertilizer and gathering new herbs she found in the forest.Even classes started to distract her too. The only things that really were very well taken care of this point was the garden and her room. James appeared to start cleaning and she didn't mind as she headed back to tend to her garden and to care for the plants she has grown. She removed leaves on one of the plants to start making enough tea for her and James. He should enjoy the new tea she had been working on making. She had found the plant in the forest and gathered enough of it to grow some more and to drink a lot of the tea with in the same day. She now had a lot of these plants growing in her garden. So now she could could have this tea more often. just thinking about it made her exicted in her own little world. She then wondered why james might have been cleaning. He was probably cleaning in order to get on her good side. Naia started boiling the water and waited for it finish once it was done she made two cup fulls of tea and called james over so he can taste this new type of tea.