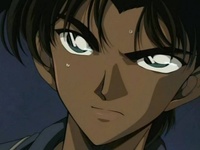 Summary: Lex, born on 7034 E.S. (9534 A.D.) on a distant planet from the Solar System, lived in a time where humans had the unique ability to see the happenings of their ancestors lives, hear their thoughts, relive their emotions and feel everything they had sensed during a process called the Split Fracture Vision. The only way this ability could be achieved however was through intense spiritual meditation and yearning for the history of their ancestors. Because of this, the need for interaction with anyone was unnecessary, people feeling just as satisfied from these visions as they would have during interaction in real life. In turn, this ability allowed humans to be able to skip normal human desires and fallacies such as social interaction, classism, and even the use of economics, as everything was shared equally due to a new system.

However, Lex's Split Fracture Vision did not work the same, not being able to see his ancestors, but rather past variants of his own self. There were also other stipulations to this ability compared to everyone else during his timeline. He could near hear any of the Lex's thoughts nor feel any of the emotions that the Lex went through during any of the visions that he saw, leaving him with a mixture of desires that were not normal in his society. Desperately starved for interaction and fascinated by the visions of the earlier counterparts of what eerily seemed to be himself, Lex made a trip to gather items and knowledge from one of the planets that a variant of Lex had lived on. After several years of doing that task, he decided to go to Earth and travel back in time to satisfy this yearning to interact with people since he could not get the satisfaction from any of his visions.

This did not go well, as his time machine was badly destroyed during the trip and he was suddenly thrown into the timeline of April 18th, 2414. He spent an entire year fixing some of his mandatory equipment like his specialized handgun and his scouter device.

Preparation for the Catalyst

Summary: During one of these 'eventful' days of fixing his gear, Lex had another Split Fracture Vision about one of his predecessors collecting the sword known as the Catalyst, the fabled sword that had ties with the lands of Avalon and even King Arthur himself. Finally fixing his equipment and having no choice but to wipe the scouter's hard drive to get it to work, Lex fixed the scouter and began his journey to find the fabled sword, the Catalyst. Its last location was known to be in India, near the final resting place of the particular Lex variant that owned the sword during the late 1600s.

Summary: Finding out that India had been terribly teraformed and that there was a large portion of the land floating in the sky as one huge island, Lex decided that it was wise to start there in order to find information necessary to locate the burial site of his sword. Security was tight in Szalanor and upon his descent, it was clear that they were practically waiting for him. Before he was able to be kicked off however, another commotion took place and called the attention of the individual known as Rayner, leaving Lex to himself as he figured he could scan the place for data collection with his scouter. This didn't happen for long, as a hologram showed up to greet him and tell him that her creator was expecting his visit into her throne room.

How could someone know of his name if he only existed in this timeline for only a year? This question was soon answered after Nozomi explained to him that she was an old acquaintance of his, and that she was curious what he was doing in her city. With a short explanation that he was looking for his buried treasure, Nozomi explained that India along with several other countries were under her control, a collection of land that was to be known now as Eldrazi. She also explained that if he wanted to find his treasure, he would need her permission to look through the targeted lands.

Minerva, another person who had been 'summoned' by the leader of Eldrazi, was also present during this 'investigation' and was told that if she did not choose whether to leave with Lex during his quest or simply out of the city, she would be dealt with. Having no other options, both Lex and Minerva made their way out of Szalanor and towards India together, Lex figuring that a little help during this quest would come a long way since he barely had any equipment for himself.

Summary: Both Lex and Minerva arrive in India in front of the last location that Lex believed the legendary sword was buried, an unknown temple that seemed to still be standing even after the past five hundred years. With a little conversation and some searching, it would only take the duo half an hour to find what he was looking for; the Catalyst. It was here that Minerva inquired what his plans were with the powerful and almost fearsome blade, in which Lex simply told her that he would keep it from anyone else's grasp. With such abilities like shifting shape and forming into entirely different weapons, amping up his willpower, and practically giving him the physical strength and endurance of a deity, it was pretty clear that the weapon couldn't fall into just anyone's hands.

With the Catalyst now in his possession, he informed Minerva that their next journey would in fact be to Japan, where they would meet his trusted 'adviser' that would keep him in check. What he failed to mention was that this very same companion was also meant to look out for his best interest and keep an eye on Minerva, in case she couldn't be trusted for any reason. Before they could move forward on with their journey however, Minerva made it quite clear that she couldn't continue without some form of food, seeing as how they had gone an entire day without rest either. Suggesting that she sleep in his plane, Lex got the idea of using the downtime to train in his wind spells, in which he would fine tune and prepare to use for battle.

Before he got the chance, the Catalyst seemed to activate, showing him the images of all those that were not only involved with the sword, but with King Arthur, the Knights of the Round Table, and even Camelot itself. These weren't just images however, Lex's mind's eye being flooded with the screams of perseverance and determination of each person involved, almost consuming him right away. Had he not remembered his true purpose and tried to regather his senses, he most likely would have lost himself into the sword. Upon recovering from the overwhelming experience, Lex was happy to find that he finally had the power of the previous Lex who had wielded the same blade, even more so with so much time that had passed by and having so many others admire and respect the legends of King Arthur and the aforementioned prerequisites.

Summary: After taking in the almost overwhelming power of the Catalyst, Lex found it unwise to train or even test out his new found strength within the current area of Eldrazi. With Minerva currently resting and figuring he had about six to eight hours to himself, Lex found no better time to train with one of the Niosha magic color codes; black magic. With black magic being the collection of all elemental affinities, it was no surprise that he had already dabbed into this specific color code already to master the element of earth. This time however, he wanted to take his grasp on wind, knowing that these two in combination were one of the strongest forces to ever face up against. While delving deeper into the forest to keep from prying eyes, Lex trained multiple wind spells and even polished up some earth techniques to strengthen his arsenal, figuring there was no such thing as being too careful.

Quickest Pit Stop on the Planet

Summary: With a quick return to Szlanor, Lex found his quick stop to be one of grave importance, doing nothing more than giving a pre-recorded message to the closest official he could find to give to Nozomi. In this message explained his humble thanks for letting him not only look for his artifact, but didn't interfere in any way or give any unfair terms in which he needed to report back to her or allow her to experiment on the sword. With that out of the way, Lex quickly returned to his plane and flew off to his next destination, Japan.

Summary: Upon arriving in Japan, Lex found it rather challenging on finding the elusive and hidden Konuma Forest, realizing that he wouldn't be able to get to it without some form of key. The trip there didn't come without some suspicions from his traveling companion Minerva, having to explain a bit of his true nature and why he was looking for these items in the first place. Once landing within Karakura Forest, the adventurer would receive one of his visions before finding the necessary key to walk past the traps that would keep them from their journey.

The two would reach Konuma Forest before running into who they were looking for, Demina 'Nina' Prower, the summons in which a past variation of Lex had trusted very dearly. At first, the 'reunion' started off quite rocky, Nina displaying hostility and disbelief to the current Lex for showing up in her forest, considering she knew that Lex was deceased since she saw him die with her own eyes. After some explaining however, Nina couldn't help but take into account at the overwhelming facts that the current Lex knew too many things about her and the previous Lex to be just a troublemaker or person wanting to cause harm to her or the forest. She agreed to go with him after his invitation for her to be the one to keep him in check during their quest together.

Minerva, not believing that someone as stoic and calm mannered as Lex needed to be looked after in such a way, she found his concern to be quite strange. What was the exact reason that he went out of his way to find this 'pet'? Was he planning on being hostile towards a certain group? Or even the world? She was determined to find out and decided to keep tagging along to get more answers about the peculiar man.