[CREDIT TO: [THEFROST] FOR TEMPLATE] 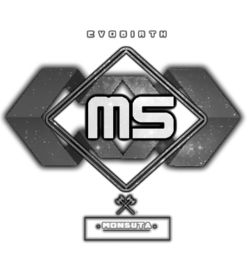 Allies: At this time, The Monsuta has no known allies with other organizations. They do, however, have many connections to smaller contractors, factions and other self-made material.

Neutral: The Monsuta don't seem to care one way or the other about the Sugiuran Hierarchy. As there isn't enough interaction between them to determine a true stance.

Enemies: At this time their enemies appear to be most of the currently active factions. These include The Gotei, Vizard/Yayjuu corps, Vanguard/Vastime, K-World and Shadow Fall.

Info: The Monsuta were many things in the past. At first they were an organization of vizards which were hellbent on opposing the world out of the contempt that Hakai Chikara possessed for The Vizard Corps and their leader. As the years went on, they expanded beyond that simple vision and started taking into their care many different other races and factions. Under the lead of Tora Lionus, they were a band of savages without a rhyme, reason or purpose. Only pure brutality, torture and carnage were on their mind. While, under the control of Stefan Soan, they sought to maybe try and clean up their murderous image in a futile attempt to become like other factions on the planet.

Yet, after many facelifts, objective changes and leaders; the current Monsuta seems to be geared towards a precise direction: evolution.

Those who are apart of the Monsuta in this new generation define themselves as terrorist and seek to disrupt the current balance of the world. This is done so that the earth can revert back to the way it was before WW3, but still allowing to progress beyond even that vision and the ruin it has today. Effectively, they want a better world and to prove that they can come back from the shambles. So they wish to oppose all who would stand in the way of that goal.

They want to tear down or cause havoc for most current organizations, nations and so on. However, they do not want to massacre the planet. Instead, they want to use whatever tactics they can to release the hold of these factions one by one so that the people of the nations themselves can decide how they will adapt and evolve. Treating each part of earth like it's own tribe and allowing them to progress and compete seems to be a definite goal of the Monsuta.

It is why they have broken up and assigned different Cabinet members, Deputies and Governors to enage in this areas, guide them and even comptete against one another so that they can contiune to always grow and never grow dull. Yet, they do not want them to kill their own internal comptetion. Nay, they do not even desire to kill all supernatural race sor anything like that. They just want to see the planet thrive in their own radical vision.

They are not bound by ethics, morals, laws or rules. They merely act as a group, decide what is best and act.

Wealth/Resources: The Monsuta, while fractured, still have more than enough resources and wealth from the nations they have oversight over to produce materials they need for their org. This means they have the budget, people and tools needed to craft various types of supernatural weaponary, defenses, supplementary gear and so on.

Land: These are the regions on Earth that the Monsuta has oversight over. Different faction members can oversee these regions if they apply. [AS OF 4-27-2017]


Monsuta Commander In Chief: Essentially, this is the person that otherwise controls the Monsuta. They can make executive decisions for the betterment of the Monsuta, but their Cabinet often advises them on how to conduct operations. They have the power to arrange resources, ranks and other permissions as they see fit.

The Cabinet: The Cabinet of The Monsuta can be considered the effective shadow hand. They handle most of the complex decisions, elevate what is right for the organization and usually have an immense amount of power in the organization. They are only over-ran by The Commander in Chief. Granted, most of them are unknown for the time being just to conceal their identity. There are some that may even pretend to be just regular Monsuta members not to compromise their positions.

Deputies: Deputies are considered to hold down the fort and are otherwise can be comparable to captains. However, unlike Captains, they can choose what parts of the Monsuta they want to enforce and are not restricted by tier. Instead, they are selected based on what skill set they have to offer and what they can handle. Deputies will often be divided up with military resources, recruiting, security, intelligence, resources and so on. And there is no limit to the amount of Deputies.

Governors: Governors of The Monsuta make up the bulk of the PC (personal character) force. Governors can make their own decisions and decide what resources they want to contribute to the Monsuta, but they usually are overwatched by Deputies and are often monitored by the higher ups. Otherwise, they are free to do as they please.

Officers: Officers of The Monsuta are effectively their own independent agents. There are some that are hired or kept on directly through the internal team of the Monsuta; while the Monsuta isn't opposed to hiring outside contractors to fill up their forces. They handle task on behalf of the Monsuta and provide a variety of resources. These can range from intelligence, muscle, equipment and other types of task that can be bought and paid for.

Monsuta Sign up Sheet
Character Name: (self-explanatory)
Character App: (self-explanatory)
Monsuta Position: (Which position do you want? You can even go as far as to sometimes assign your character to their skill set. For example, you can create "Governor Of Finances" or "Deputy of Military Forces" depending on how skilled you are. You will be tested for this by The Cabinet. )
Reasoning: (Why would they be joining said position?)
Extra: (Anything else to say?)

Code:
[b][u]Monsuta Sign up Sheet[/b][/u]
[b]Character Name:[/b] (self-explanatory)
[b]Character App:[/b] (self-explanatory)
[b]Monsuta Position:[/b] (Which position do you want? You can even go as far as to sometimes assign your character to their skill set. For example, you can create "Governor Of Finances" or "Deputy of Military Forces" depending on how skilled you are. You will be tested for this by The Cabinet. )
[b]Reasoning:[/b] (Why would they be joining said position?)
[b]Extra:[/b] (Anything else to say?)

Idea: (What is your suggestion for the Monsuta? If you got one, put it here and the higher-ups might implement it.)

[b]Idea:[/b] (What is your suggestion for the Monsuta? If you got one, put it here and the higher-ups might implement it.)

Monsuta Sign up Sheet
Character Name: Tetsuya Tachibana
Character App: https://www.platinumhearts.net/t12753-tetsuya-tachibana-approved-0-3?highlight=Tetsuya
Monsuta Position: Where they want him is fine
Reasoning: Tetsuya's reasons for leaving his father's side and going elsewhere are his own. But he's made the choice to start somewhere away from that clan. To test his prowess without anything holding him back any longer. His recovery from that situation made this all the more clear as a choice to go elsewhere away from others.
Extra: (Anything else to say?)

After reading over the application i feel like he'd fit in with a Deputy Position. So for now i'm going to Place Tetsuya there as the Deputy of Security and have him focus more on defensive measures in conjunction with the cabinet . Otherwise Welcome to the monsuta!
__________________

Monsuta Sign up Sheet
Character Name: Sting Chikara
Character App: https://www.platinumhearts.net/t11107-sting-chikara-approved-tier-0-3?highlight=Sting
Monsuta Position: Hit me up with a position
Reasoning: Having heard about the restructuring, he will aim to create a good working relationship with everyone that's at the Monsuta so that further down the line, when he attempts Coup, less of the Monsuta rise against him and so that the progress isn't lost on the count of change of leadership.
Extra: