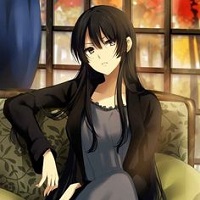 Reyla bit back a sigh as she turned she turned the page of the annoyingly long report in front of her. She was getting ready for her first extended assignment in the Living World as a member of the fourth and in order to prepare she was attempting to familiarize herself with the spiritual climate in the area she'd be stationed in. Of course Reyla didn't like to do things in halves, so rather than just asking around she'd also gotten access to a number of the reports that had been filed by her peers on their returns and was attempting to comb through them for any small detail that might have been missed during the initial briefing.

Not that she expected to find much beyond what she already knew to expect, but still. If nothing else it's something to pass the time until I leave. Reyla grinned somewhat ruefully as she placed the document to the side so she could pop a roll of sushi into her mouth. The unfortunate truth was she was getting antsy, she didn't like the long period of nothing that was the necessary preface to her deployment while everything was being prepared. Though she did suppose that attempting to work through lunch might not be the best way to calm her mind.

Speaking of lunch, Reyla took another look around the small establishment she'd found herself in. It, like many buildings that weren't solely made for the purpose of housing the massive military complex that was the seiretei, had a very traditionally Japanese feel, though she could see some touches of modernity in the place. Regardless, she was happy to have found it at all since in all honesty she'd been somewhat lost when she'd finally bothered to check where she was going after wandering with her head deep in the reports...

Popping another roll into her mouth Reyla shook her head, deciding that she should probably just focus on the food in front of her for now.

Re: Meeting over Fish Closed, Laskt

Laskt stumbled through the streets of Seretei, his ankles still slightly weakened from the utter severing of the tendons that drove them forward. It had been days since his battle with the Snake Hollow in the world of the living, but the Shinigami was still feeling the aftereffects of the fight. His spine had more cracks and fractures in it then vertebrae as a combination of the constriction and being brutally thrown against a concrete wall, and his muscles had been severely strained by their contest in strength. However, after a few days of physical therapy and healing, he was finally mobile once again, although perhaps not quite whole.

The Shinigami stumbled into a nearby establishment, ordering a small meal and pulling up a second chair to rest his feet upon, taking the pressure off his newly-healed ankles. As he settled himself, the Shinigami’s hand brushed his zanpaktou’s hilt, resting his fingers lightly against the hilt before letting it slide back into the scabbard. His confidence had been almost totally shot by his encounter with the Hollow, and he had been almost afraid to try and fight since. Perhaps he should take a few days off, simply give himself time to calm down and heal properly. For now however, Laskt retrieved a small book from his robes, opening it and beginning to read, attempting to quiet the storm in his mind.
__________________
Laskt Matiche(2-5 Vizard/B Hazard)
Jonathan Weber(4-2 Quincy/D Hazard)