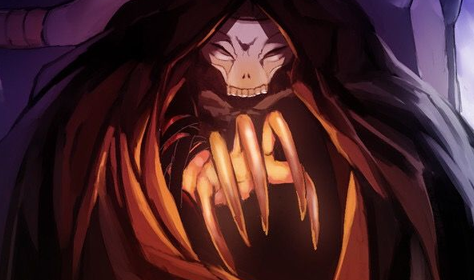 Yugiri Shihōin/Zanpakutō
At this point she should be training, at least she was up until she looked at her hand that was quite raw from the force of her strikes and the small crater she had left in the wall from not actively trying to restrain her strength. There was a lot on her mind and at the centre of it all was one person.

Eventually she stopped trying to train, she could but that didn't solve her issue on the mind. She could choose to ignore everything and just continue as she was although really that achieved nothing.

It didn't stop her from eventually sitting down and biting her lip in frustration when nothing came to her. All the events replaying in her head, sure there were better ways to have handled it but Yugiri wasn't going to waste her time imagining every other possible outcome. She was too anchored on the fact that no matter what, Abalia won.

Acknowledging it just brought her to her knees. Abalia was better than her, so why should she bother trying when everything seemed pointless now. Everytime in her life there was a goal, something tangible.

Be stronger. Reclaim honour for her family. Find them.

People were still stronger than her, nothing had been reclaimed and she had found nobody. She had achieved nothing.

There was a feminine voice in the back of her head and the image of a shadow came to mind with no face. She was ready to dismiss the input of 'that thing' until she felt the stinging pain shoot through her thigh and saw her zanpakuto in it.

"If you don't want to keep going why do you need legs? Have you really started to take them for granted after this long?"

While she liked to imagine a smile under the mask of her inner hollow the tone hardly sounded anything other than solemn. Disappointed. With the pain in her thigh and her state of defeat she passed out and her conscious drifted into the black.

"Do you know why this world is so dark Yugiri?"

"It is so dark that even though I am right in front of you we cannot see eachother in the slightest, because you are blind. We float in an ocean of despair because you are lost, defined by inherited goals and a false behaviour. You don't know yourself at all."

"You don't understand anything. You're just a hollow!"

As she said it the arm grabbed her around the neck and squeezed. It felt surprisingly human, not large or groteseque like she imagined under the cloak but she couldn't see it.

"YOUR WORDS ONLY PROVE MY OWN!!"

She sounded furious and deeply hurt at being called such a thing. Her words felt like they came from all around, echoing through the entirety of the ocean.

"You are the one that did this to me, you! You are this ungrateful yet I give you the power to walk despite all this. I allow you to choose when to request my power but never force it on you. I do all this for you yet you still act like you can do no wrong and your growth is the only reason I have allowed you to keep this power despite your ungrateful and arrogant attitude."

"Tell me Yugiri! If I took away your legs right now would you crawl with everything you have in defiance or would you sit in your chair again letting everyone take pity on you because some woman hurt your ego. You seem like you've forgotten yourself somewhere since then."

There was no retort. For a moment she wondered if the face of her inner hollow that she couldn't see was Abalia's since they both seemed to defeat her and force her to look at the things she missed.

Yugiri really had nothing she could really retort with or even apologise, everytime she imagined saying it to her zanpakuto manifestation she realised how inept it would be. It didn't want words, it wanted actions.

"You make assumptions. Where it not for the fact you were so blinded by things you chase after, you might actually be able to see me properly but you don't. You assume I'm a hollow, you treat me like a cancer and you ignore me while creating a fancy idea of what I look like in your head. Your arrogance is the reason why you can't see. Now get out, stand up and if you ever act this way again I'll remind you that your ability to move is by my good graces."

There was a bit of shame in her voice towards her inner spirit before she woke up with her leg in a pool of blood although at some point the blood had stopped flowing out of the wound like something was stopping it.