What's the Difference Between Me and You? [Murasaki/Kagayaku, Solo] 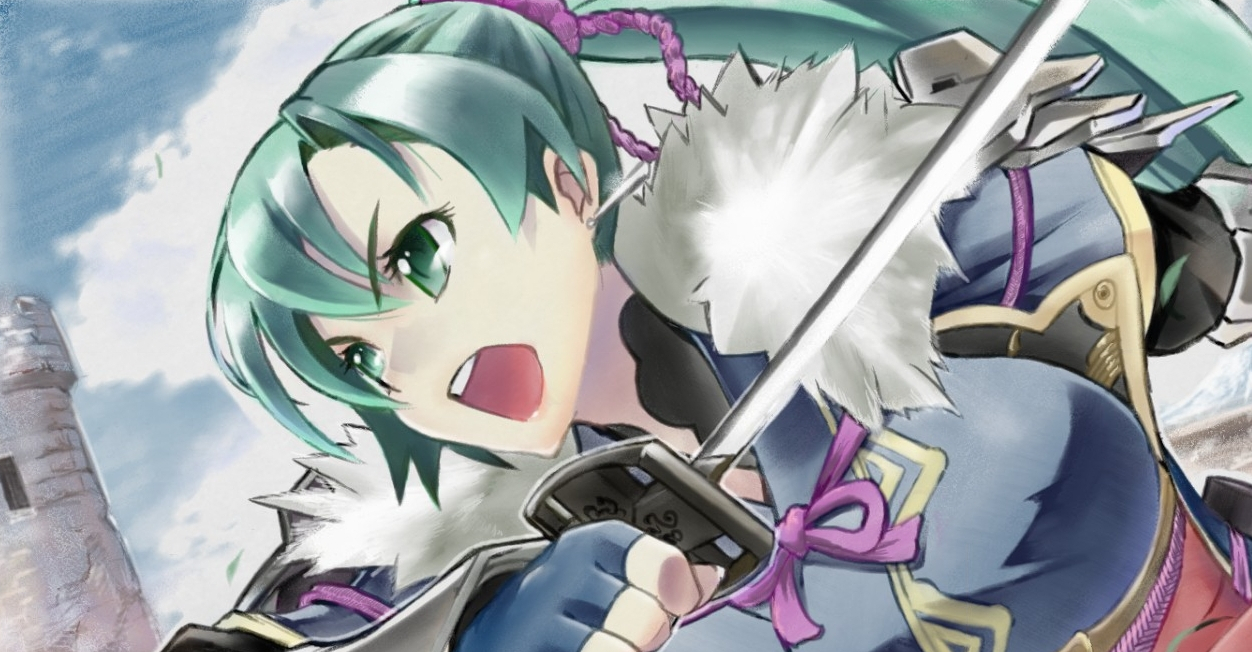 KAGAYAKU NO MURASAKI
That wasn't fair. That wasn't right. Every word Kagayaku said felt like a cut from his sword, and Murasaki knew that he was right. She knew that she just wanted to make this hurt stop for now, stop having to think about it and fight him. But every time she came close, she just thought about what she'd be losing.

Who would be upset if she did that? Dad, obviously. He'd hate her forever. But her friends, her family- What would mom think? She didn't even know anymore. Arkin? Oh, he'd be heartbroken. He'd have hated to know she went down that path again, after everything he'd done to help her off of it. And Alastor... He'd feel the same way. He wouldn't want to know that she'd had to put herself in that mindset ever again. She already knew that people looked at her differently after the last times she'd used it. After she cut down Tatsuya forever, after Alastor had needed to stop her from going too far. Dad was right.

But it made her so mad to know that. Murasaki's grip on Keifu tightened, and she could see the path of dad's next strike without any trouble through her Bankai's sight. She knew what he was doing- But she knew what else he was trying to imply. He wanted to see if she would run away again.

Murasaki tensed every muscle in her body, seeing the path she needed to take- Senzai'issen: Once in a Lifetime Killing Stroke. A thousand strikes made precisely when Kagayaku had already committed to an attack, all in a single step. He wouldn't have the time to parry them, even if he normally could have. The amount of blood (peculiar, given he was a spirit) was nothing short of lethal, and had he not been a spirit, Kagayaku could never have recovered from that sort of exsanguination. Turning around, Murasaki leveled her sword one more time at her dad, but she could see this was over. He wouldn't be able to fight with those kinds of injuries. 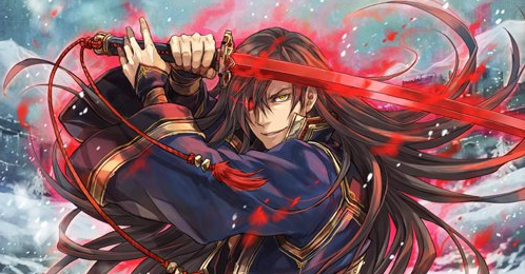 HAKUSENKŌ
He was proud of her. So, so proud. Wasn't that just a bitch? Hadn't he been a tool for murder? But look at him, smiling to himself even as every inch of his body was screaming out, as blood pooled beneath his feet on the dying earth beneath him. The zanpakuto didn't care about that. His daughter was right, he'd made her a promise. He wouldn't let his little girl down.

"Hakusenkō. I bet you already know how to write it, so I'm not gonna waste my breath telling you."

Taking a deep, shaky breath, the man fell to his knees, and then entirely prone onto the ground. Obviously he wouldn't die here, he was a zanpakuto spirit. But he was tired after that. Besides, keeping up this charade about his name had been a real weight on his shoulders. It felt nice to just relax after he let that one go, and he laughed quietly to himself even in spite of the pain.

"Ah, right... Bankai. Jitsumyōbai's the name. Use it whenever you want, kiddo. I'm gonna take a nap now. Really took it out of me with that one."

Closing his eyes, Hakusenkō then slowly faded into nothing. Obviously he wasn't dead, but for now he needed a rest. As he disappeared, the miasma that always covered Murasaki's inner world when they spoke slowly lifted. The clouds faded away, and life returned to the grasses of those endless plains. Of course, that darkness would never return now. But that would be a welcome surprise the next time his daughter called on him, eh? Better not to spoil it for her.

KAGAYAKU NO MURASAKI
Wait...wait! Murasaki clenched her fist tightly as her dad just disappeared without even letting her get a word in. Was that it? Was she just supposed to take that win and call it a day? She wanted to talk, he'd said- he'd said they needed to talk. That wasn't what he'd done, he'd just told her she was wrong.

Falling to the ground of her inner world as the land began to brighten, Murasaki looked up at the bright blue sky, her breath getting a little shaky as the emotion she'd had to keep at bay started to come through. Wasn't he supposed to support her? He was her dad, right? But all he did was just...yell at her. He said she didn't listen, called her an idiot. Was that what a dad was supposed to do? She didn't really know.

It wasn't what she wanted a dad to do, though.

Sure, she had his support now, but...was that what she wanted? Did she want him just pushing her like that? For the first time in well over a year now, Murasaki thought about her time in the Shin'o Academy. She thought about being shunned, but more importantly, she thought about the one person who had supported her. Even if he'd betrayed her trust, even if she'd never forgive him, Tsubasa had been there for her. He'd been...well, like a dad to her. Why couldn't her dad be like that?

All he cared about was killing, about how she killed, if she did it right. He said he cared, he told her she needed to listen- but he'd never listened to her, not once. He just told her to fix herself. That wasn't what her friends had done, what her family had done. She wondered then just how much it meant to be related to someone. She'd never really thought about family as just being about blood, but somehow, she'd never thought about her own dad not being family.

She didn't like that. She didn't wanna think about that anymore, and before she could get herself too upset, Murasaki left her Inner World, collapsing onto her pillow unceremoniously and closing her eyes. She just wanted to have a nice dream for now. Besides, things like this were better talked about with someone else. The girl knew all too well that sometimes it was best not to deal with your emotions alone.

1, 2
Permissions in this forum:
You cannot reply to topics in this forum
Who is online?
In total there are 14 users online :: 0 Registered, 0 Hidden and 14 Guests