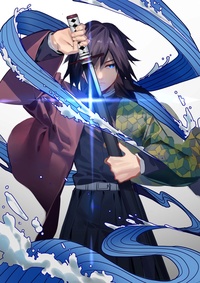 Yosuke had left his dorm on a mission. His objective was to deliver his application to join the 7th division of Gotei United. He had graduated only a few days before, but he had little time to stand on ceremony. Graduation was only the first step on his long climb up the ladder of the shinigami organization, but he was still fresh. So fresh, He'd yet to be given his proper shihakusho, so toady he wore his usual imperial attire with his half red and half patterned Haori. As he stood there, lost in the Seretei, he remembered the words of Gyosei, the head of the Shizen clan.

"You should take the bribe with you. Trust me Yo-kun I was in the Gotei. I know how it works. If you grease the right palms you'll have an easier time."

He knew that the times had changed, but Gyosei didn't want to hear it. The small package of cash weighted heavy in his pockets. Yosuke shook his head, ridding himself of his adoptive father's advice, and alleviating the burden...for now. I'll make it alright on my own... He thought looking around for any kind of signage. He must have looked rather silly carrying an envelop and an intricately arranged porcelain flower pot with a small note attached. "Now if only I knew where I was going..." He said with an audible sigh. He had never been to this portion of the Seireitei before. In fact, he had never been too far away from the academy. He wasn't sure whether he was close to the 7th division headquarters or on the other side of the Seireitei all together.

After a little sightseeing and passing, what he was pretty sure was, the same archway quite a few times, Yosuke decided it was time to swallow his pride and ask for directions.

He noticed a woman with purple hair close by and approached. "Excuse me ma'am. I hate to interrupt." He began. "But, would you happen to know the location of the 7th Division administrative offices? I seem to be a bit lost." He would ask with a bow. Even now the manners beaten into him didn't fail. He was certain he had asked as polity as one could.