Journey to the Diamond City 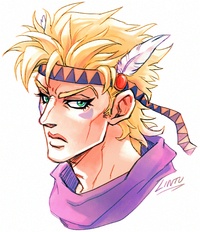 Journey to the Diamond City

For someone like William Cadmus Helios struggle and difficulty were not just normal but expected. Surviving in an arid hellhole desert while fighting off bandits and raiders were just another part of his childhood. But things had changed for the fledgling Quincy. While in the past even during times of difficulty he could manage to still wake up every day knowing if he put his mind to things his body would be enough this was no longer true for him. By losing an arm in battle William was now facing a grim reality without access to his full capabilities. He could survive sure, but thriving would be near impossible for him.

The gentle sea breeze blew across glinting streets as William's nostrils were filled with the scent of salt. His golden hair and pink scarf gesticulated frantically as the wind sped up momentarily leading him to head into the massive sparkling city before him. Wanting to avoid further conflict while recovering William chose the Stadt des Lichts as a good location for respite. It was especially convenient because it was the current capitol city for his ancestral people the Quincy. If there was anywhere in the world he could both fit in and be safe it was the City of Light.

Having not replaced his signature jacket William's left sleeve flapped to and fro as he walked down a busy street littered with people going about their busy day. Once again he was in a city far bigger than any he'd been in before and struggled to grow accustomed to the hustle and bustle and so William sought out a small triangular park with much more space to relax away from it all. Plopping down on a bench William grimaced from pain forgetting just how badly he had been beaten. Every wince and groan was a reminder of just how much he would need to improve to survive in this ridiculous world outside his homeland. Whether he found a new home here or would once again take to the road William was unsure, for now he would simply enjoy the nice day and familiar smell of the sea. With a sigh he sunk down into the bench seat and relaxed, ignoring the fact he now qualified to receive disability benefits from the government.

Artist: Poets Of The fall - Song: Carnival of Rust - Word Count: 468
A ripple of emotion came at him, something dark and on the border of depression, something of a person who had lost part of themselves and was trying to find their place in the world now. Carter blinked twice to clear his head and put down his data pad, The Unification will need to take a few minutes off of study while I investigate this. He thought while looking around. To his golden eyes nothing was amiss except for the one armed quincy sitting with his back to him on the bench near by.Before the next wave of emotions even hit he knew this was the individual that was struggling with their situation. The way he held himself was one that was unsure, his shoulders were lop sided as his body was trying to subconsciously adapt to the loss of the limb.


He could hear a slight groan as the man moved, a groan of pain. The wound was still new, very new. With nothing more than a nod he finished his coffee and placed the payment on the table he had been sitting at before collecting his data pad and walking toward the man. To the untrained eye Carter would appear as nothing more than a young teenager, almost on the cusp of manhood but still with child like features and he wouldn't give off a single hint of power, his angelic half hiding his true power from the world. For all purposes he was just a kid, and with that he smiled and turned to face the man while making himself sound out of breath, " Sorry to bug ya man but care if I sit here too? Long jog, took the wind out of me. need to rest." He said before placing himself next to the man without waiting for his response.

Once he was settled in he looked at the man's jacket with his sleeve flapping a bit in the breeze, "Name's Carter, what's yours? How did you lose your arm? were you born without one? Sorry that was rude, mom told me to watch what I ask people" He said, acting embarrassed for his questioning but in reality trying to get a fix on the character of the person next to him before he decided how to proceed.

His hopes of remaining alone dashed William merely nodded in the young man's direction upon being approached. Grunting slightly as he scooted over to keep a sizable gap between the two so both could have their space he remained silent hoping the stranger would as well. William was in no mood to talk to anyone much less some random kid with no inkling of the terrors or difficulties of the world. After all he was clad in high quality garments and living in one of the most untouchable cities on the planet what would he know of struggles? What could he know?

Apparently William's wants would be made irrelevant twice in a row as the noticeably younger individual would attempt starting up a conversation between the two. By asking such personal questions without any kind of filter the kid already set the tone for any dialogue they might have. "Name's William, and yer mom's right it is rude to ask those kinda questions." he stated unapologetically. A flash of annoyance across his face indicated he clearly didn't want to discuss what happened.

Through this William kept starting straight on his gaze sweeping the distance as if in search of something unknown. Not quite lost in thought or space enough to simply move on upon further reflection he realized it wasn't as if the kid had done anything wrong, all he did was ask a question. Groaning again William settled back into the bench and sighed before speaking "Aight that wasn't fair...if ya really wanna know, it got blasted off by some demon. Was born with all my limbs, but now I got 3 left." Silence permeated the air before, half mumbling, the battle hardened man uttered a bit of advice for the seemingly-adolescent young man beside him "Don't take whatcha got for granted." 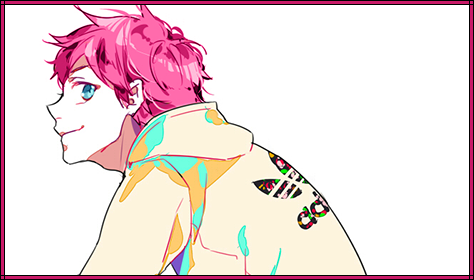 Busy busy busy. The Vandenreich's newest recruit found himself travelling the streets of the City of Light checking in with many of it's citizens. As a new recruit, Saisei found it necessary to become friendly with the folks that would be on the island fortress long term, that included the civilians. Quite a few of the conversations went as anyone could expect, simple and quick. Most people were busy, that was the point of daytime for a lot of the world.

Despite being his second month on the island everything still seemed surprisingly new to the young boy. Given his status, there wasn't much for him to do outside of menial tasks. Help a lady here, take care of a document there, busy work was the name of the game for the newbie. That was the case for today as well, as per the usual. Rushing his way through the streets of the City of Light, Saisei was on his way to deliver a set of paperwork to a high ranking member he had yet to meet. Some fellow named Carter.

Step by step, he worked his way through the streets looking for Carter. The only thing Saisei knew about the man was that he had bright golden eyes, something far too hard to miss. That and his general location, at least. 'Triangle park' they said. What did that even mean? Triangular? A literal park named Triangle? Saisei couldn't help but chuckle to himself. For a high ranking member it sure didn't help he wasn't somewhere specific. That wouldn't stop the newest recruit from doing his job, however.

In the distance, the park came into view rather quickly. They weren't lying, the park was quite literally in the shape of a triangle. Guess headquarters wasn't far off base for there was a man with bright golden eyes just as they said there would be. Taking the initiative, Saisei charged forward through the thicket of bodies. While approaching the bench the man sat with, he was met with a rather surprising turn of events. Carter up and left almost as fast as Saisei had arrived. A bit weird, he couldn't help but feel the man must have something important to attend to.

"Sigh... Guess I'll just have to deliver these later."

Glancing in the other quincy's direction, the boy struggled to keep his mouth shut. For what it was worth, his inquisitive nature couldn't be helped, not when something new was directly before him.

"You don't look that great. You alright?"

While some may take the question as an insult, Saisei was genuine. The boy shared an expression of worry with the stranger, crossing his arms and staring him down.

"I'm Saisei. Guess you could call me the newest recruit here on the island. I think, at least."

Before offering a hand to shake, Saisei thought long and hard about the man's missing arm. Maybe it was best to not ruffle any feathers.