The Devil Went Down To Post-Apocalyptic Malaysia [Private/Saga, Levi]

A bit disappointing of a response, true, but in Saga's head, she only grew more curious to see what did invoke a response from him. Whether or not he was aware, Saga saw this as a start to a game where Levi was playing hard to get, in some fashion of the phrase. At the least, he appreciated the sentiment. Like little flies, swatted to death.

Saga didn't express her disappointment; no, that wouldn't do. That would be like giving up.

"I did say I could show you a whole lot, and I'd be remiss to have you believe I was a liar. So, what sort of thing would make you say, "Wow!" instead?"

The girl stepped to the side to leave the way open, gesturing for Levi to walk with her as they discussed this. 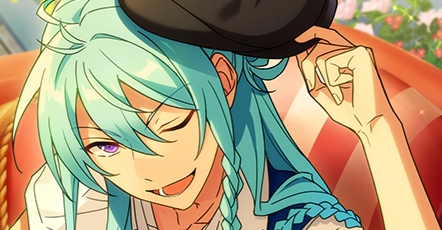 Levi was all too happy to walk with Saga through whatever chaos happened to be around them in the wake of her destruction. To him, it was just how things were for the moment. It'd pass, no doubt about that, and eventually things would probably just go right back to normal within a few months. Almost a shame, he kind of liked it like this.

"I'm a simple boy, what can I say? I like the little things, a nice candlelit dinner, a night with a good lover, kicking the kneecaps of someone who's bothering me. All about the heat of the moment, somethin' nice and personal that really feels like it was a shared experience. You feel me, yeah?"

As the two walked, little moments of chaos sparked around them, motivated by Saga's influence and magic. Someone spontaneously attacking a passerby, a cat running by catching fire and fiercely crying out, or a shop utterly collapsing. They were all entirely separate from their walk, all out of the way; just little spurts to liven up the scenery, perhaps they'd get a reaction out of Levi. She had no expectations of the latter, however. In fact, Saga would be disappointed if such minor acts of mayhem had his attention more than her grand displays. Though she enjoyed all forms and sizes of disorder, bigger was better.

"It's not grandness of an event, but the personal, passionate relation to it?"

She could understand that. Not really empathise, so much. It was all impersonal to her; even if she met her foster father, Ketsu, who sealed away her real aether class, any acts of violence against him wouldn't be all the sweeter. The thing about chaos was that it was indiscriminate. Well, actually, it did feel better to cause the chaos herself, rather than view it happen naturally, so maybe she could relate in some sense after all.

Saga paused her gait for a moment, turned to Levi, and grabbed him by the collar of his shirt to pull him towards her height. She licked his cheek and kissed him on the lips.

1, 2
Permissions in this forum:
You cannot reply to topics in this forum
Who is online?
In total there are 19 users online :: 3 Registered, 1 Hidden and 15 Guests