I Heard it Through the Grapevine... [Shishiyuki, Alastor]

KOIZUMI SHISHIYUKI
"I wished to know what sort of man she was with, whether she was being treated well."

Of course, that was far from the full answer, and Shishiyuki paused for only a brief moment before deciding that was hardly enough of an answer. Interacting with the nobility for over a thousand years left one rather inclined to speak in roundabout and generally empty ways, but she hated that. More pressingly, she hated to speak that way to someone she found quite respectably honest.

"I intend to reach out to her quite soon. I did not wish to simply reach out with empty words of apology, and to ask that she forgive me. That is not what I want. I wish to offer her guidance, to assist her as I would any of my family. I wish to know the circumstances of her life so that I do not offer her hollow words, but rather that advice which truly seems most pertinent."

Sighing a bit to herself, Shishiyuki then continued on, her voice the faintest bit lower.

"It is a daunting thing, to contact a woman with every right to despise me. I will not do it incorrectly, or in half-measures. I owe her far more than that." 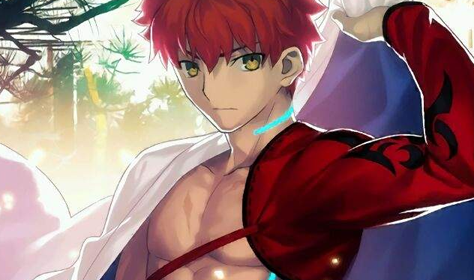 ALASTOR | Flaming Hot Substitute
That made sense to him, was it the way he'd handle it? Not really. Alastor acted on instinct and what tended to go from there. Did he think to hard about what he did to get between Murasaki and Elyss? No. However if he had taken any time to think cautiously in that situation then he might've arrived to late. It had it's ups and downs.

"Alright, I get where you're coming from Shishiyuki but I don't know. Seems off to me, I guess coming to me and trying to scope out Murasaki and look for the best possible outcome is fine but it's kinda harsh, You know?"

Was harsh the right word to put in there? He couldn't really explain it.

"I guess what I'm trying to say is, trying to create the best outcome by preparing yourself for that encounter isn't very fair. You're going to be opening up a big can of worms and trying to offer guidance when I think she's done pretty well on her own. Might come off patronising firstly and secondly, it's digging up old wounds."

He thought about it a little more before finishing, it kind of summed it up despite how he struggled to get his point across clearly.

"If you want to help Murasaki, she should be the one to want to tell you all this and also be the one to say if she wants your help or not. Shouldn't be you or me deciding if she needs it."

KOIZUMI SHISHIYUKI
Ah, he really was a bold one. And it seemed Shishiyuki had been correct to give him the benefit of the doubt.

"Yes, I do understand your point quite well. I suppose the last thing I ought be doing is making my own decisions for her sake. That is simply overstepping bounds."

Nodding in agreement to the young man before her, it struck her as rather impressive that he had made such observations at his age. Then again, she had to wonder if she truly had too terribly much more worldly experience than he did. Likely not, in all honesty. The world of the nobility was quite stifling.

"Then I will not pry any further, and I apologize for approaching you on the matter."

Shishiyuki offered Alastor a deep bow of apology, though after she had straightened out once more, she did give him a small smile.

"For what it is worth, I believe she has done quite well in her love life. I must assume she is quite happy."

ALASTOR | Flaming Hot Substitute
Cool, glad to see that she was picking up what he was putting down. Alastor didn't like when his struggle to articulate himself showed. It wasn't like he learned the language of the Seireitei immediately, still sucked which is why he tried to stick with keeping it simple rather than talking all professional like. His little sis was always the better with picking up skills like that.

"It's all good, Shishiyuki. Catch you around."

Alastor had to wonder how he was going to put this to Murasaki. Should he? Probably, didn't want her to be caught off guard when he knew something was up though he did think that went against what he said. He said it wasn't fair if she was looking for that best possible outcome and helping either of them meant they had something over the other.

Ugh, hopefully it didn't blow up. He had work to get back to anyway, Alastor didn't bother acknowledging the compliments. Who cared about praise, he just cared about getting what he needed to done. People giving him praise for being a good shinigami or a boyfriend? Whatever.

KOIZUMI SHISHIYUKI
It almost caught Shishiyuki off guard that he had responded so nonchalantly to what she had said. For a moment, she wondered if she had failed to properly convey what she had meant. But, no, she had not. He was simply returning to his work before she had even left.

"Yes, and you as well. Have a pleasant day."

Turning around to go, she really good not quite move past the simplicity with which he had taken in her words and simply returned to work. She did not imagine it was out of any rudeness, and she did not see how he could have simply not heard it. That left it most likely that he simply had not cared about her complimentary words, and had opted to once more focus on his duties.