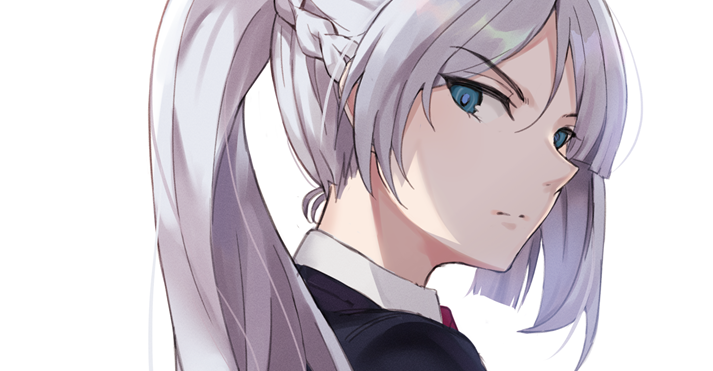 ARLETTE OVIDE
Arlette was quite used to people not enjoying her drink of choice. In fact, she was so used to it that she tended not to react when people told her that they didn't like it. However, there was something so overexaggerated about Alastair's response, such a transparent and visceral reaction to the drink, that she could not help but laugh rather openly at it. It was not long, or particularly loud, but it was a laugh with no attempt to hide it.

"It's my favorite. It sells terribly, doesn't look like you're a fan either. I'll finish it and get something else if you don't want it."

There wasn't any disappointment in Arlette's voice, of course. She didn't care if someone did or didn't enjoy her favorite oversweet beverage. But that didn't stop her from looking for people who actually liked it. 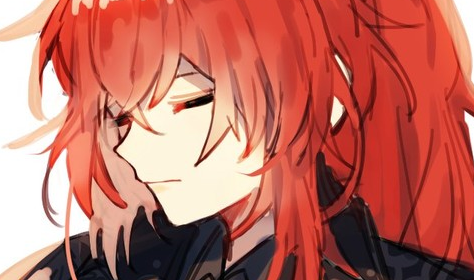 ALASTAIR EISFLUCH | STERNRITTER
It was strangely pleasant to hear Arlette laugh, even for the shortest amount of time. Alastair could not put a finger on why he actually enjoyed that...

That was a lie.

He knew exactly why and simply did not want to acknowledge it. It was the same reason he had run himself into hot water on that balcony. That his heart raced ahead of his brain when he got into it. For all the calm collectedness that he had been cultivating over years, he was still a young man with all the vices and trappings that came with it. He enjoyed seeing a girl laugh in response to his actions, even if he was a spoken for man who was incredibly happy with his current relationship. But this inner revelation was not indicative of the front he would put up.

"That will not be necessary. If it is good enough for you then I will simply adapt to it."

Taking another sip, his lips curled once more but he did not exclaim in an exaggerated manner as he had moments before. It was not growing on him, but he was doing a better job of managing it now that he was prepared for the sweet twist.

"Besides, I would not have you running up, down, and around just to humour me."

ARLETTE OVIDE
"What a gentleman."

There were any number of quips that Arlette could have made to follow up on such a compliment, but she didn't feel any of them were especially necessary. She was willing to just give a compliment, unlike her sister or her employer.

"Though you're the one in a hosptal bed. I don't think it can be called running around or humoring you if I get you something to make you a little more comfortable. Pretty sure that's just common courtesy."

Of course, she simply shrugged at that, giving the faintest smile once again. If he was content with just that, she wasn't going to make him have something else.

ALASTAIR EISFLUCH | STERNRITTER
"Hardly the manners of a gentleman. It is only a can of JUICE anyway."

Again he found himself drinking, taking a longer sip than before. It was impossible, or improbable, no, unexpected that he was actually beginning to tolerate it. There was something about the overwhelmingly sugary sensation that filled him with an energy he had lacked. It was definitely the excessive amount of sugar. He still did not like it, but perhaps he had been too hasty to decide he disliked it.

"I do not want to be a burden. Or rather, I dislike being any more of a burden than I am. Can you appreciate that sentiment?"

Alastair did wonder if she understood that much, related to it perhaps. The feeling of helplessness that came with being incapacitated and knowing that others depended upon you to act.

ARLETTE OVIDE
"If you say so."

She wasn't going to argue with the man over a can of juice, after all. Even if it was her favorite, she wasn't exactly so emotionally attached to a drink that she felt the need to get into a dispute about these kinds of things. Arlette was a professional, after all.

"I understand. But I think it's also important for your health not to stress over things you can't change. There's no point in blaming yourself for what happened to get you here, just think about how to make it not happen next time. You're already here, so don't get caught up in it. Keeps your mind off what actually matters."

She'd been in the hospital more than enough times to know that much, and she spoke with such confidence that it was rather apparent she'd been in the situation herself plenty of times.

"Besides, don't think of yourself as a burden. If you were, they wouldn't be worried about your well-being to begin with."

ALASTAIR EISFLUCH | STERNRITTER
Alastair felt her comprehension, mixed in with what might even have been compassion, and his chest deflated just a little as he took a long exhale. That was a weight off of his mind. The comfort that he was not the only one in this position. It would have only taken a moment of consideration to come to that conclusion of his own volition but it meant more to him that she was there to reassure away those thoughts.

"What would you do, then, knowing that will would probably end up here again? That it is the price of the life I lead, and if I try to turn away from it then I am no longer being true to myself."

Once more he struck out with honestly in his heart. There was no point playing games with Arlette, it was rather pointless for both of them, so he would continue to speak freely until he had no more questions that needed a response flavoured with cutting truths.

"Thank you, though. There are some things it is easier to hear someone else say."

It was pretty apparent to her, at least, though she didn't speak in a condescending tone as she said it. Arlette couldn't reasonably blame the man for getting caught in the hospital, but she certainly could if he got put here by the same thing later down the line.

"There are, you're right. It's generally nice to hear things from someone else's perspective, even if it's simple. The mind doesn't generally give much of an impartial view of things."

ALASTAIR EISFLUCH | STERNRITTER
“My reasons are not something I want to change, though. If I know another is in danger then I will do whatever it takes to save them, putting my life on the line if I have to. It is a reckless pursuit but I could not live knowing that I chose to save myself over someone else.”

Was that the real reason he was here, though? Or was it the fact that he was simply too weak to act as he did? The indecision on that matter was painted across his face even if he would not say it.

“I do not want to be here, struggling, but is it wrong to be glad that at least another is not here in my stead?”

He went for another drink and found the can to be considerably lighter than when he had last noticed. Had he spilled some? No. He was drinking it then. How peculiar.

ARLETTE OVIDE
"Well, that's not quite what I meant. Your principles should be the reason you make any major decision that'll impact your life. What I meant was that you shouldn't end up in the hospital because you make the same mistakes."

She supposed she hadn't quite been clear enough about that, and she was so far removed from thinking about things in terms of ethics or ideals that it hadn't actually crossed Arlette's mind that he might take it that way. Her mistake, not his.

"I can't tell you what's right or wrong when it's a question of what you believe in. That's up to you to decide. But if what you did is in line with your reasons for doing it, that sounds to me like you did the right thing."

Arlette's view of moral philosophy was, to be frank, not especially developed. She knew that, of course. She just didn't find the field all that interesting.

ALASTAIR EISFLUCH | STERNRITTER
"Well I can manage that much, at least. Apologies for the confusion. But doing the right thing will always be worth the extra legwork."

If Arlette's stance on moral philosophy was lacking, Alastair was perhaps the opposite that balanced those thoughts out. He dared to take pride in the morals that he struggled to uphold. Perhaps that was why Eliane had taken such an interest in him, the thought only now crossed his mind.

"Could I ask what you believe in then, Arlette? Consider it a passing curiosity, but I find myself talking about my own feelings at length with little point of comparison."

His gaze rounded on Arlette in that moment, perhaps a shade more intense than it had any business being but Alastair was hardly famed for his social acumen. He wanted to actually try to study the woman rather than just converse with her. She was physically similar to Claudia and her sister, certainly, but there was something more about her that he genuinely appreciated compared to the other two. Perhaps it was that he saw elements of a kindred spirit in there, or was it just that he was starved for camaraderie? They were far from perfectly alike, he would be the first to admit that, but her quiet compassion was enough to make him wonder about who she was beneath the surface.