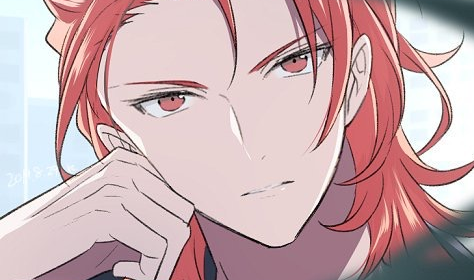 ALASTOR
Well this was a little surprising, he couldn't say that he really expected her to be more... well, forward. Didn't stuff like this exist solely in the domain that was their bedroom? Maybe he was just hazy on the details, yeah that was probably it. Too much time with Midori putting him through the loops.

Then again, Murasaki didn't exactly need to be particularly smooth with him. Alastor was among the first to see himself as a bit of a hotblooded idiot but he didn't view anything particularly bad about it. Nothing wrong with being a simple guy after all, everything was easier when it was straightforward and so he shrugged and reached down, lifting the captain commander up by the backside and holding her up with ease. Honestly, a little awkward with how tall she was but he was also trying to cope a feel here.

"I think I could give you a bit of a tour, everything's still pretty much the same though despite the freshen up. Can't say anything is particularly different besides the hair."

He said while trying to figure out where her room might be, maybe just lay her down on the couch? Shit. He hated choices like this.

KAGAYAKU NO MURASAKI | CAPTAIN COMMANDER
It caught Murasaki just a touch off guard as Alastor picked her up, enough so that she let out a small squeak of surprise, though her expression only grew all the more sly shortly after, as she wrapped her legs around him.

"Hoho~ Well, even if everything's pretty much the same, I think a little change goes a long way. And besides, it's been a little while now, I might need a few reminders, you know?"

"Might take a while, sometimes I'm a little bit of a slow learner~"

ALASTOR
It was a cute kinda squeak, not unfamiliar but a detail that was missing from his life for a while and he did not miss it like every other bit of her in the current moment. He was still trying to figure out where to go from here though and this moment was worth far more than any kind of stupid interruption to ask where the bed was. The couch would do and so after a short walk to lay her down on the cushions and crawl on top of her.

"Sounds about right, you took so long to learn the Captain Commander's stance on patrolling parts of Earth. I'm gonna need to try a fair bit to make it stick."

A little longer to admire the view of her before he leaned down to kiss her, maybe see how long he could keep her occupied or distracted from any kind of smart retort in regards to his little jab from what he thought was funny while she was his captain.

KAGAYAKU NO MURASAKI | CAPTAIN COMMANDER
"Hey, c'mon, ya can't just go calling out your Captain Commander like that... I'm a pretty smart girl, you know. I'll commit everything to memory."

But, of course, she wasn't too concerned with banter at this stage, and it was just a means of getting them along to this part, the part she'd been waiting for a little longer than she might want to admit. Murasaki was just a girl, after all. Running her hands through his hair, she held him a bit more tightly than she typically would. There was a passion to it, certainly, but beyond that...

It was a need, really. She was a woman prone to loneliness, to fear of abandonment. Had she worried that he might leave her? Well, no, of course not. Maybe a little. But only a bit. It was something she'd had to come to terms with, but that didn't mean she just moved past it entirely. Even so, that only added to her hunger toward him now, a feisty energy to her kiss as she returned it.

ALASTOR
He laid in Murasaki's bed, arm comfortably around her while thinking about how they ended up here and everything that happened in between as well. The redhead's hand moving to run a hand through her hair, yep. That was Murasaki, he thought and he sure wouldn't have it any other way.

Alastor asked, while yawning. Sometimes it felt that he got the end of the stick with this compared to her if only because of her spiritual bullshit that made her leagues above him but at least she had some vigour to her, right? 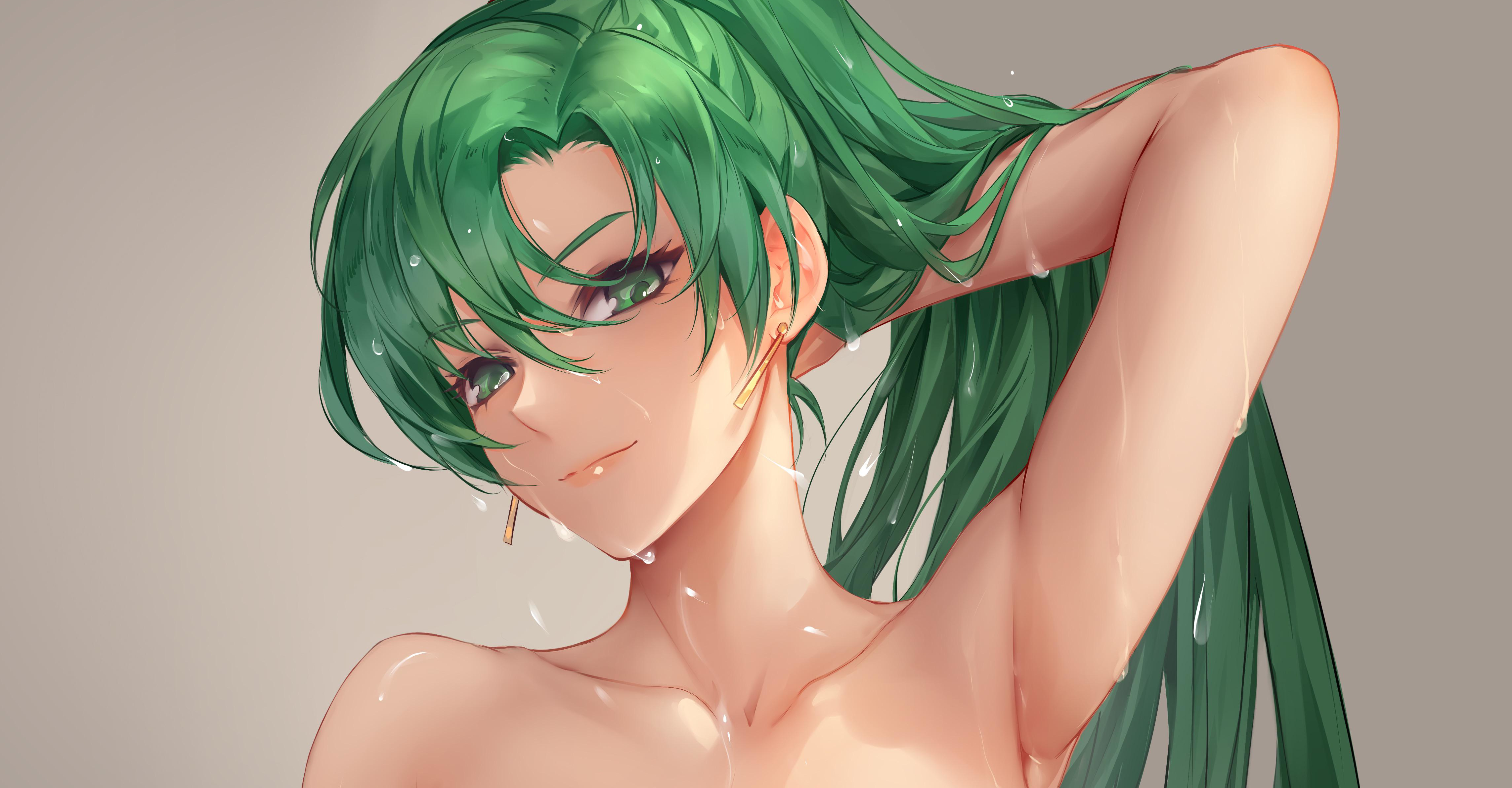 KAGAYAKU NO MURASAKI | CAPTAIN COMMANDER
"Heheen~ Not too bad, but I'm a little tired... Why, ya hopin' you can take advantage of me if I'm exhausted?"

Murasaki's voice was decidedly not as chipper and energetic as it had been before this all started, but only because of the fact that she was a little worn out after all that. She quite enjoyed the feeling of his hand through her hair, and she wrapped herself around him as she idly laid kisses here and there on his chest.

She sure wouldn't have been quite so feisty, quite so accommodating, if it weren't for the time they'd spent apart. But hey, she definitely hadn't had a bad time at all, and she was glad that Alastor had enjoyed himself too.

He said with a bit of mustered bravado. In actuality, he was the type to fret over those that were close to him but he was also a bit too attached to his image of not being a little pussy to admit it outright especially when her opinion of him mattered more than any other person's could ever hope to reach.

"Me too, kinda feels a little different even if it feels the same."

Alastor wasn't really the brightest, trying to explain that a lot had happened and they'd both grown in the short time of being away but nothing exactly struck him as different about their relationship was hard to make out in a witty manner. Eh, screw wit anyway. He liked to try and keep it simple and straightforward anyway.

KAGAYAKU NO MURASAKI | CAPTAIN COMMANDER
"Yeah, it does feel a little different, but I don't think it feels bad at all. Feels like we both spent that time pretty well, huh?"

She wasn't the sort to linger on the idea of them having been apart, far from it in fact. For Murasaki, every minute of one's life was something to be spent in the fullest, and she was glad that Alastor seemed to have done that. Of course, she'd sort of expected it when she'd sent him to train with her mom, but hey, this was pretty impressive even for her.

Despite being pretty worn out, she definitely didn't mind teasing him with that, even if it was just the sight of it. A girl could enjoy giving her man a nice eyeful, right?

ALASTOR
"Mmm. You're mum's quite the handful, you know."

Bit of a pain in the ass too, eye candy yes but she knew how to put you to work and beat some things into you. Her expertise was appreciated though and it was pretty cool he got to hang out with one of those Zero DIvision guys. What were the others like? They must all be monsters like her, monsters in the cool way that is.

"Well, as nice as you taste I think you're right. Can't live off you."

Shit. She really did pull out the apron, huh? It's like all the memories just came back to him.

KAGAYAKU NO MURASAKI | CAPTAIN COMMANDER
"Well, I've heard people say the two of us are pretty similar, so I guess that's not too surprising..."

Sitting up and stretching, Murasaki couldn't help but move her eyes toward Alastor once again. The hunger from before wasn't quite there anymore, but it had simply been replaced with simple, genuine affection. Leaning over, she placed a gentle kiss on his cheek, before gazing into his eyes for a moment or two.

Ah. Had she said that to him before? She hadn't, and she turned just a faint shade of red as the words left her lips. She meant it though, and she definitely wouldn't take it back.