To Serve Every Corner [Cyrus, Elysia]

To Serve Every Corner [Cyrus, Elysia]

CYRUS | VANDENREICH GRANDMASTER
There was a great deal to consider for the Grandmaster of the Vandenreich, but at present, there was a singular matter which sat above all others. No matter what personal concerns might have been on his mind, his guilt over numerous personal failings, that had to be cast aside when the current situation was taken into account. Of course, Cyrus could not do this alone. That was certainly something that he had learned, even if with far more difficulty than most would ever need.

"Elysia. Do forgive me for asking this of you, but your opinion is one I value tremendously. Do you think that the situation in Vastime could be the opportunity we have been seeking? I wonder to what degree this creates an opening for us to force Mazda's hand into action."

He did not know what Elysia might say on this matter, but he did know that she was not the sort to lie to him. That was one of her most endearing traits, really. 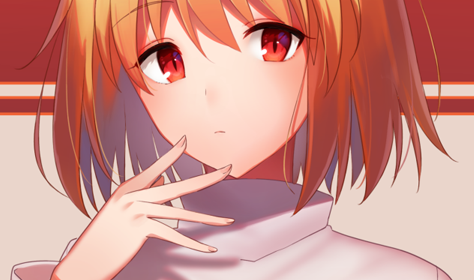 She said as she manifested in a cheerful manner although there was an underlying troubled tone that the question brought her. The inquisitive red eyes looking at Cyrus while she brought a finger to her lip as she pondered.

"Forcing Mazda's hand wouldn't be easy, the only person that he seems to listen to is Shirohime. Pretty sure that if he were to act against Vastime, it would be due to his own whims or they are a threat to him. What do you think?"

Elysia answered trying to get a better idea of the situation before she gave him any kind of assured answer, at the same time she knew that he was an indecisive individual that had a lot of weight and burdened grief. Elysia didn't want to give him a map to follow since it didn't teach him anything, she wanted him to grow and take her guidance for productive cause.

CYRUS | VANDENREICH GRANDMASTER
"I think that his hand is perhaps more forced than he would like us to know already. Ninsianna has destroyed the fragment of him that resided in Arcadia, and he has been remarkably reclusive in the past weeks. I suspect that those two things are directly related."

"I think that he may well see this entire ordeal as a manner to establish himself further. Death was but one more force that he could not compare to, and it is no longer a factor. The question is whether or not he can be goaded into taking a risk. And, for that matter, whether or not we can do such a thing without putting ourselves at risk as well."

That was the ultimate question, wasn't it? Could he even put Mazda into that situation without simply consigning the Vandenreich to another war? No matter how evil he knew Mazda to be, that sort of sacrifice was still far too great.

Elysia | Beyond Arcadia
"I suppose you are correct, he has not made a move against neither Arcadia nor Ninsianna since it occurred. If he were to be confident it would be more in-character for him to deliver a swift retribution, wouldn't it?"

Elysia tapped her cheek a couple of times while processing the information, Cyrus did have quite the insight into Mazda's mind? Did that stand the test of time though, was that being capable of growth and evolution or had its apex been reached? Maybe it was the latter. It was born at its peak and is poor to adapt to change.

"Any action Mazda takes may well result in perception of you, you do share the face after all. It is difficult to try and remove that stain. It would need to somehow be made unquestionable by anyone that you are both at odds with each other's values and goals... They are at odds aren't they?"

It was a bit more accusing than she normally sounded, where did Cyrus sit now with his values and goals? Mazda was a reflection of him, as much as Cyrus was of Mazda.

"Are your values different from what they were which spurred you into making this being. When you were one and the same?"

Had he grown at all?

CYRUS | VANDENREICH GRANDMASTER
Cyrus certainly did feel the accusatory tone in Elysia's question, and it was piercing enough that he was not able to look her in the eye at first. In truth, he had already considered this very question more than a few times. Had his values and aims diverged from Mazda's? What did he truly want?

Peace. Was that all? No, that was far too naive for him to settle on, too ambitious and too impractical. He did not care about prestige, about fame, about taking on the burdens of others anymore. Those things were meaningless, and only made him arrogant as he took them on.

"I wish for a world like the one of my youth. Where the spiritual balance is not in jeopardy, where the world is not always in danger from some foreign realm or another. That has not changed. But I have no intention of becoming a god. I have no illusions of my own superiority, not when I have failed so many times over. In that sense, I can only say that Mazda and I could never possibly be more different."

Elysia | Beyond Arcadia
"What about Shirohime?"

What was she to Cyrus now with this growth, what was she in terms of how to use her against Mazda if he wanted to walk that pathway. Elysia could only make assumptions but a woman like that did not seem like the type that would happily accept the disappearance of Mazda, a tool which was plain to see. She wondered if she viewed Cyrus in that exact same light or not, there was a lot to wonder about that wilting flower.

She was beginning to become more piercing, a little bit more of her actual nature slipping out underneath the fact that she was a rosy-cheeked youth. Elysia was far more than that happy-go-lucky individual and he had began this conversation, it would be insincere not to pull on that wisdom even if he didn't want to hear the words.

CYRUS | VANDENREICH GRANDMASTER
"That goal is what she and I have united around. If she has decided that it is no longer what she wishes to pursue, or that Mazda's ideal world is one that she would rather see, then I will not stand by her."

Cyrus did certainly still have faith in Shirohime, still believed in her in some capacity. He, too, saw Mazda as nothing more than a tool at this stage, and on some level he understood that Shirohime likely saw him in the same way. Ultimately, that didn't matter to him much. What had once been a degree of genuine affection was now only a professional respect, built on what he considered a mutual understanding.

Elysia | Beyond Arcadia
"That's all well and good, Cyrus. However, even if you align in values. What do you have to offer her if you take away such a powerful tool? If you and he are a means to achieve those reasons she works towards then wouldn't she retaliate if there was sudden loss of either of you? It would not surprise me if you are protected from Mazda due to Shirohime, he doesn't have the charisma to lead the Vandenreich or the support that you do."

Elysia was thinking about this pragmatically because if she had made a superweapon, only for that superweapon to be destroyed it would be a great deal of pain. Maybe the destruction of Mazda could be taken as a show of good faith to the Gotei and a combined effort to restore the world to what it used to be. Surely the shinigami would prefer that as well?

Ah, this world was so different and alien. So many of her memories were a mess, it would be nice to have some clarity on things.

CYRUS | VANDENREICH GRANDMASTER
"I do not intend to simply destroy him. If I did so, that would only undermine my own efforts as well. I think that there is still merit in the usage of Mazda as a tool, as a means by which that aim can be achieved. Rather, I think that this end is only possible with great expense. I intend to utilize Mazda for that.

If Mazda were not everything that he was, Cyrus knew that such an outlook would have likely been outright cruel. To think of turning a creature into nothing more than a tool, a weapon, was the sort of thing that he would not have considered in any other context.

"The loss of Death will surely create ripples in the spiritual cycle. It is a tremendous change in energy, is it not? I think it is not out of the question that Mazda can be compelled to interfere in this, in a way that would ultimately destroy him while still achieving our purpose. I cannot say for certain. It was easier to think in these hypotheticals when I knew whether or not they were within my own grasp, rather than that of an outside entity."

It required quite a lot of thought, Elysia had to ponder it while she thought thoroughly about the nature of the spiritual cycle, a little harder than she would've liked to think. To turn him into a tool, what form did this tool take? To attempt to change him into a different form, to reunite with him and reclaim what Cyrus originally had and lost in her other self's actions.

"I do not think that Death's presence affects the soul cycle to the degree that you think, it is the flow of souls like entities; not necessarily their energy that they produce. I am unfamiliar of the method in which Death was removed from the world or the consequences of it - perhaps it is dangerous, perhaps it's not."

Elysia thought aloud to herself.

"I suppose it doesn't matter, as long as Mazda believes this is something he is required to interfere with. I must stress my previous point though. How do you detach yourself from his image and him from your's? Interference from outside forces would only complicate your plans further."