For one who was only now beginning to venture out of her comfort zone, perhaps Italy wasn't the ideal choice for finding a place with which she might find a moment of respite, though the scenery of Enna was certainly admirable enough to somewhat ignore the rumors she had been hearing about the current state of affairs. Of course, it was fair to assume many places as a result of all the wars of the past had changed in some shape or fashion. Who was she to judge?

There was nothing wrong admiring some scenery, enjoying a meal, and frequenting a local event or two. This new path was meant for her to test the waters. To journey and adventure, to experience the unknown, and live her life for herself rather than always overextending herself for others - that was the ideal. That's what she desired now. If anything out of the ordinary happened, she was certainly well-equipped to protect herself.

Walking quietly through Enna, Rio would allow her eyes to observe and enjoy anything that unfolded before her. It was fun. Stepping out of one's comfort zone. 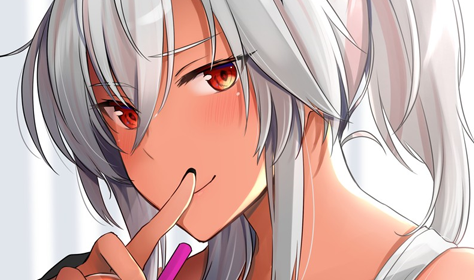 Yugiri | Wandering Vizard
"What's up, Rio? Rare for you to venture into the human world."

She said from behind, having flash stepped to the spot a fair bit away once she had found Rio's spirit ribbon and closing the Denreishinki in her hand and pocketing it. Wasn't like it was some spur of coincidence that they'd run into each other by chance on this big vast planet, right? That'd be silly. So she kept up her image of being cool and confident with a smug grin on her features.

Yugiri could've had questions, maybe inquire as to Chidori or things that had been happening in her absence of the Soul Society but she felt very distant, the years away had only alienated it a lot more too. Even if they were her family, she thought of herself as a very black sheep nowadays and that was just fine for her.

That familiar voice would've elicited a far more exuberant reaction than the one Rio could currently provide if she wasn't in pubic but she turned around to gaze at a beloved family member she hadn't seen in some time. Yugiri. She certainly didn't expect to meet her in Italy of all places yet little was her disappointment as she approached the woman so that she could stand a few meters away from her and observe her appearance, to simply make sure this was real and no illusion of the mind playing tricks on her. They had a lot to catch up on, she supposed. Yugiri had likely experienced a series of journeys on earth considering the company she shared and Rio was setting foot on the path to begin her own. Fate was comical in that way, huh?

"Long time no see, Yugiri. Rare though it is, I suppose since all of our siblings and other family members have moved on and are living their life by their own rules... I finally decided it is time to start a new path myself. Explore the world. Step out of my comfort zone. Can't remain cooped up in that estate forever now can I?" She would remark with a playful grin, one that hardly matched the way she use to carry herself before. That was the best part about this. She didn't have to play a role or maintain an image. She could be the same girl she was who enjoyed getting into trouble and searching for Yugiri's cat who liked getting lost."

Sounded like something happened if she had to guess, Yugiri looked up a little bit towards the sky and pondered what it might be. It could've been as simple as becoming fatigued from Chidori, or people expecting so much from her all the time. Could be that she broke up with the man that she had spoken about before. There were any number of things but Yugiri kept her lips sealed about it.

"Oh. So thinking of staying on Earth then or you going to try and work your way into the Gotei? Bit hard though, you're already real powerful so I'd think you'd be wasted as anything less than a higher seated officer."

Yugiri mused in thought, while it traded one set of expectations for another the pathway of the Gotei was far less suffocating than the nobility. If the Onmitsukido were still independent rather than being meshed into the Fifth Division then she might've seen Rio somewhere in there.

Rio took a few moments to ponder on Yugiri's question. Now that she had decided upon this path... where would she go from here? Build some roots in earth? Offer her talents to the Gotei? She had been teaching classes as a substitute but there was no immediate desire to offer her services to the Gotei United. In her eyes, with new leadership and new faces, she felt them to be in great hands. Rio was flattered by Yugiri's comment about how powerful she was, though. Good to know they still shared an admiration for one another's talents.

"Indeed... I am contemplating where I go from here. I never once envisioned I'd make a decision like this but it feels freeing in a way. Perhaps I was inspired by how well you ended up adapting to life here. Earth would be a nice place to settle down. Good people here. You. Erchanhardt. Aunt Yoruichi. Can't speak much about the Gotei. I feel they are more than equipped without me to bolster their forces. I have been teaching substitute classes for those who wish to learn Hakuda."

Yugiri | Wandering Vizard
Yugiri did think about that, she did adapt she supposed but at the same time that was only because she had Erchanhardt to support her. Realistically, had she never met him while she was aimlessly wandering around Europe doing nothing really in her depression it is more likely that she would've just perished in her despair. It wasn't really about her though so she didn't linger to much on that.

"I wouldn't say good people, colourful group. World's not that small you know."

She explained and it was a bit of her underestimating how much Rio would know of the human world given that it was a bit different than the soul society.

"So where abouts on the living realm do you think that might take you? Got any ideas about the specifics?"

Yugiri certainly had a point there with that statement. She was never one to sugar-coat her words. Rio had always respected that about her. There was as many bad people as there were good and in that sense, Rio hoped she would surround herself with the latter. The next question caused her to pause momentarily, ruminating on where it is exactly she might settle in at.

It wasn't a question she felt she could answer automatically given the current state of the world. So much power play going on in different countries in the aftermath of the war. If she had to say one place, then perhaps it would be one where no shady business was going on or one controlled by individuals she found disagreeable.

"That's fair. I've only ever met good people here, so I suppose I was only thinking of them in mind. If I had to be honest, I'd like to go somewhere where I can enjoy nice weather, explore my surroundings, and do some of the things I never got to do when I was younger. Perhaps find someone else to love while I'm at it," she'd remark, a slight jest revealing one glimpse into what had happened in her life.

Yugiri | Wandering Vizard
Bingo, she thought there might've been factors which initiated this intervention of sorts that she had. Maybe in reality it was just the straw that broke what was already becoming something that was wearing her down. Yugiri thought it best not to bring up her own situation in regards to her love-life.

"Maybe Hawaii then, if you like the beach or the coast. I tend to hop around Europe, America and Japan. Japan's pretty nice and stable beneficial as well since we speak the same language in Soul Society, I suppose there's Africa if that also interests you? I hear Vastime is pretty nice and one of the newer upcoming countries."

She began listing out some places, a thoughtful finger poking her chin which was somehow meant to toss out some ideas came into mind.

Rio would listen to her sister with a smile as the woman offered suggestions of locations that might suit her fancy. It was a unique experience. To listen to her talk and offer her experience. Ah, how quickly the times change, she mused inwardly. Even if they hadn't seen one another in such a long time, she was proud to see how far this woman had stepped into her own. Anyway, back to thinking of locations. If she was serious about taking residence on earth, that was very essential. She needed to remain focus and keep track of these locations. Hawaii sounded nice... lots of beach, lots of coast. Very island-oriented. Japan wasn't a bad option either; there was no language barrier to worry about. Africa... Vastime. A newer and upcoming country? How intriguing.

"Huh... Hawaii sounds nice. I do like the idea of enjoying sunny weather and swimming in the water. Japan isn't bad, either. I'd have to visit Africa to develop an opinion on it. A newer and upcoming country does sound quite intriguing, too. Look at you, making my job easier... or perhaps difficult now that I have more to consider? I speak in jest. They all sound nice." And they did. She'd certainly travel around and come to her own conclusion but the options presented to her by Yugiri were still welcomed all the same.

Yugiri | Wandering Vizard
"Well, it's a pretty big place. I haven't really seen everything about it. Maybe I won't ever see it either but there's lots of places to go."

It still felt a little strange to imagine Rio roaming about all by herself, she thought about extending the offer to stay with her but it felt a little weird in her head. Sometimes she just decided to wander with Fuuen for a bit and so that might get awkward if Rio played third-wheel, and she liked her own space which had only grown since Erchanhardt and her had stopped being tied at the hip.