Posting Music:
https://www.youtube.com/watch?v=dFlDRhvM4L0
"Well, keep up the good work! It has results."

With thumbs up given, Saiko then pondered on the more morbid and mortal aspects of their conversation. She wasn't in a bad mood, but her goofy smile turned into a look of contemplation. Tapping her chin for a moment, she digested everything he said regarding what to expect of their demonic lives. Hell, was Saiko even assured a long life in her current state? There was always some kind of drawback to this kind of thing, so it may be beneficial to pick a side to convert to fully.

"You've made me think of something: if I'm still part shinigami, maybe I too can be affected by more mortal diseases. And given there is more strain being a hybrid, perhaps it may be for the best someday to eventually get rid of this demonic blood."

She grew quiet for a moment before biting her lip and continuing.

"I'm just scared of what I might become after it. I could still have my power, I could be weaker, I could die, or nothing would change at all. It's been so long since I've been like this that it honestly scares me as I'll have to choose something soon, I believe."

Frowning a bit, she spoke of one last thing:

"Power isn't everything in this world, but I feel I need my body to be stable if I'm to achieve my redemption and carry out the task I know I will need to do in the future. Does that make sense?" 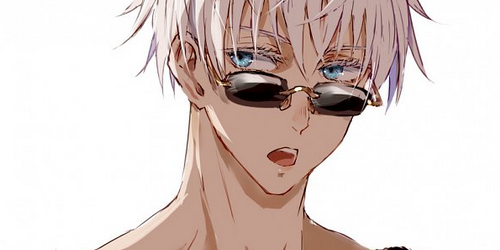 VANYEL XIAOYANG | DRAGON OF KYUSHU
Vanyel's expression turns grim as Saiko spoke of her nature as a hybrid. He wouldn't ever know the trials and tribulations of being torn between two halves like that, never fully belonging on either side, but conversion was something he was at least somewhat familiar with. He'd gone through it once, and he was prepared to go through it again if he was to become human again.

But, he held his tongue, letting Saiko get everything out and giving himself time to gather his thoughts as he listened. Eventually, even with hybrids, there came a time to pick a side. Balance was ideal, but never absolute, especially with demons. The blood was violent and always sought to dominate. The loss of power wasn't something that Vanyel personally was concerned with -- it was a minor, temporary setback.

So, as he looked over at her, he lifted a hand up, gently resting it atop her head.

"It's better to pick a side, 'specially with demons. Demon blood's...violent, chaotic, and always wantin' to dominate. But...if it's for the sake of tryin' to be better, and puttin' all the shit with Shadow Fall behind, you should do it."

He paused for a minute, his hand lowering to rest on her shoulder, and he smiled softly.

"You might end up weaker, but, s'long as you're not dead, you can work on gettin' your power back. Besides, might be a good thing to start fresh again. New start to life, new powers, new mindset 'n outlook on life, y'know? You're dead-set on redeemin' yourself, and...you're a lot stronger than you realize. I don't think you should worry too much. If someone ends up turnin' you back, whoever it ends up bein'...I get the feelin' you'll be in good hands."

Posting Music:
https://www.youtube.com/watch?v=dFlDRhvM4L0
Saiko's thought drifted away from the internal and to the external as she noticed the feeling of Vanyel's hand resting on her hand. With a gentle smile, she'd look up and nod at him as she decided to sit back and listen to what he had to say. After all, it was making some sense. With how dominant the demonic blood is, it always wants to be the strongest, and clashing against the blood of a shinigami isn't ideal.

So, even if there was the risk of potentially getting weaker or harmed, the body and mind of Saiko were strong. It had endured decades of mental and physical abuse, bloodshed, corruption, and the absolute hellscape that was serving Shadow Fall. Yet, she walked out of all that, found someone to latch on to, and regained hope from the embers of despair and hopelessness. That meant that even if she lost her demonic powers, she could stand up again, purified, clean, and regain her strength as a survivor.

"Thanks. I needed to hear that. After everything I've survived up until this point, I think if I did choose to go down that route, I would come out on top."

Closing her eyes, Saiko paused to gather her emotions and thoughts before continuing.

"It would mean putting this entire nightmare to rest, and I think that would be the best step to move forward, even if it's not easy."

In that same vein, she'd glance at Vanyel and speak.

"Which is why I hope your venture to find what brings you peace in this world goes well, as I know you'll have to endure something similar to my own in the ashes of everything that has happened, Vanyel."

VANYEL XIAOYANG | DRAGON OF KYUSHU
Vanyel ruffled her hair as Saiko spoke, chuckling softly to himself. He could tell that Saiko was stronger than she realized, and a hell of a lot stronger than him. When it came to moving on and putting the past behind you, pain and suffering were just a small price to pay to see the dawn shine on a new day, in a new life. It was never easy, but, in the end, it was worth it.

To cast aside what caused both of them so much pain was for the best. Even if Vanyel wasn't as vitriolic toward demons as others -- far less than he should, probably -- being one was not for him. He was a human, that was all he would ever be, and he was happy with that. To regain his humanity and cast aside a body that was never his own...right now, there was little else that could make him happier.

"Probably. Nothin' about gettin' rid of this stuff is easy, but, if it means that I'll feel like myself again, I'll take it. Even if I lose my powers and shit, I can always remake 'em, and I can always build myself back up again."

He leaned back, taking his hand off her head as he looked up at the sky for a moment, then back to Saiko.

"And hey, once we do get back to bein' normal again, come stop by Ari's place. I'll cook us up somethin' special. A nice lil' celebration for us, how's that sound?"

Man, if he had a nickel for every time he played therapist to a girl associated with the Asthavons, he'd have two nickels.

Posting Music:
https://www.youtube.com/watch?v=dFlDRhvM4L0
Even as Vanyel ruffled Saiko's hair, her gaze stayed locked on the demon before she decided to speak.

"We will both rebuild together. I'm certain of that. If we've made it through this abyss to reach this point of peace, there is nothing left for us than to keep carrying that uncomfortable torch until our bodies and minds are freed from that hell."

Resolved and serious at this point, the woman's nerve seemed to have found itself, and she seemed to have accepted that it would be a difficult road to walk. But everything worthwhile in this life comes with challenges. So even if her body and mind were terrified of what could happen, this was the most significant step toward atoning and ridding herself of this toxic blood.

Though, that thought was cast aside as she seemed to blink at Vanyel for a few moments.

"Yanno, Arianda is lucky she has a lot of people like me, you and Henrex around. Otherwise, that woman would be utterly lost, huh?"


A snicker left Saiko's mouth before she observed Vanyel and would see how he would respond to such claims.