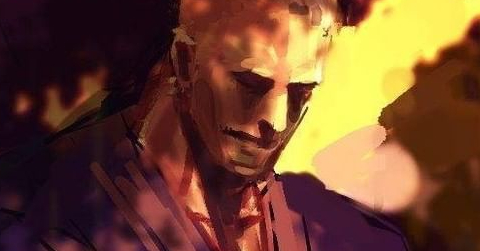 It was just fine if Erchanhardt was kept in place, for he had no desire to be anywhere else but right next to them. It would have been better if he had caught the girl, but either of them had to be enough if he wished to win. As he caught Ignacio, he wasted no time in tightening his hand into a fist and wrenching it away, readying for a mighty blow with all his strength. He threw as many punches as he could, in as brief a window as was possible, all intent on crushing the man's skull into paste. Impact. Reset. Impact. Such a flurry, from a man who could cleave his way through nature itself, would have been enough to end any battle decisively--

If, that, is, the battle were an even match. The emperor's body was more durable than most, his sheer spiritual magnitude enough to make most attacks below his notice. But he knew from the moment that the girl stepped onto his back that he had no time to act further, and as his fist struck Ignacio one final time, he did not reset it. He gripped the Arrancar fiercely, digging his fingers into the pelt wrapped around the man and ripping it away even as the beam pierced through his chest. So be it, as long as it pierced through his opponent as well.

But after an injury so severe as that, there was no guarantee that he could survive further combat. Could he win in this situation? Perhaps. It was far from impossible. But he would be risking a life that was not only his to risk. He was the emperor, after all, and there were far more who depended on him than he could begin to count. And that, naturally, was to say nothing of his beloved Himiko.

Was this a shameful defeat? Yes, certainly. But survival gave him ample chance to see the matter avenged. Even if he could not best these two, others could. The exhaustion that one kept at bay during a fight crept into Erchanhardt's body, and he accepted it as he collapsed to his knees. But he would collapse no further as unconsciousness took him. 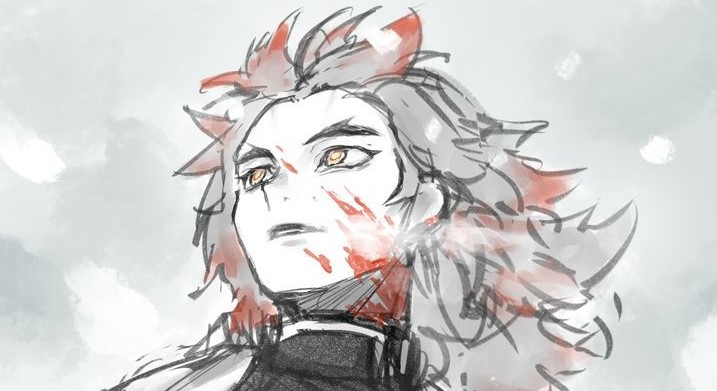 Ignacio Vega
It was fortunate for Ignacio that his Hierro had just about finished reconstituting when Erchanhardt got ahold of him. Between that and his own impressive durability, he weathered the storm of blows that rained down upon him. Though to call it what was probably a bit generous, as he most certainly did not do so without taking significant damage.

Hammer strikes crashed through hardened defences and hardened bones, breaking through the first before beginning to break through the second, whilst he began to grip tighter and tighter to test the limit of that hellish resistance that the Emperor still seemed so confident in. The Arrancar would falter first, he could tell that already, but this was not a simple matter like single combat.

The shot rang out, another bullet clearing Lilynette's rifle, and then both men grew still.

Had he been defeated? Or was this the end?

For a few moments, Ignacio half-expected another thundering smash to come in from above and split his skull wide open. He lacked even the strength to withstand another such blow, held aloft as much by Erchanhardt as he was his own strength, and he looked down to see why - the shot had carried straight through the brute and into his own midriff. It was a gory wound, by comparison to that clean shot through, blood seeping from it just as it did from countless other wounds, and he stared at it somewhat dumbfounded for a few moments. Then, as their foe collapsed, so did he stagger backwards and tumble to his own knees. Unlike his counterpart, though, he was still very much conscious. Golden eyes shone brightly as they flicked now from enemy to ally, a certain curiosity now taking hold.

He paused, amused a little by the fact that his jaw was almost definitely in some way fractured. The pain that followed this realisation was numbing, and so he stopped talking now. White flames licked at his entire body, such was the extensiveness of his injuries, and so he simply stopped and waited.

The sensation of the man peeling away the pelt was enough to make her hiss. But there was no pulling back now. It was take the shot, or let Ignacio take more beatings, and start this whole little cycle over again. The round fired true, and perforated both men cleanly before whistling past them and plowing through more of the city around them, before the bullet flickered into a tongue of black flames, peeling apart to be reabsorbed into Lilynette's being. Compared to either of the two men, she was practically fine. Some small injuries from earlier attacks, Ignacio had truly earned the brunt of Erchanhardt's attacks.

Her eyes cast in the direction of the Palace, a soft howl piercing the silence. "My wolf's found the Ring. Or gotten pretty damn close to it." She murmured, reaching out and promptly holding her hand over Ignacio's chest. The pelt promptly congealing, crunching up into a soft mesh before flowing into his wound, wedging itself inside and sealing over his wound. Patchwork while his body healed itself. "Sorry Iggy, but no rest for the wicked." She murmured, promptly grasping the man by his waist and hauling him off of the ground and over her shoulder.

She cast one last look toward Erchanhardt. And briefly, the notion of finishing him off crossed her mind. Tie up loose ends, and just rip his throat out.

She turned her back on the man and started carrying Ignacio inside. "Rest well and eat your veggies, your Majesty. Trust me. We're doing a favor taking this shit off your hands."