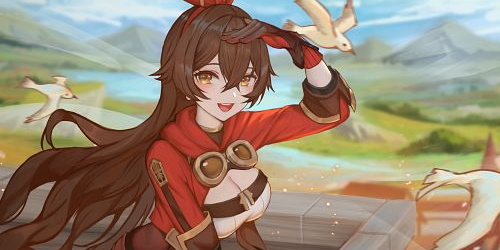 BEETLE "06" YUUDESHI | FRAGMENT OF GOD
She couldn't help but giggle at the Captain's willingness to indulge in her little dramatic wordplay. It probably was dumb to call herself that, but, it wasn't far from the truth. She was, indeed, the power of someone who was akin to a God, capable of creating living beings and objects with little limit. But, her expression shifted slightly at Rose's comments on the matter.

She had never really felt scared when it came to Kakine's powers. Awe-inspiring, definitely, but perhaps that was due in part to her origins as being a fragment of that power, and thereby containing a part of that ability within her. Maybe there were some things that people shouldn't mess around with -- having that kind of power could be scary, if it was in the wrong hands, but, in theory, any power could. So, she could only give a mild shrug as she swung her legs idly in the chair.

"I dunno if it's even possible to mass-produce someone like me. I've...actually never met someone with that kind of ability besides Kakine. Even his brother didn't have that kind of power, and I remember reading about him being called God. I think the only one who could is...well, me, but I know that lil' ol' me wouldn't be able to do something nearly as cool as makin' another me!"

As if it never left, that warm, energetic smile came back. In her heart, she could feel the desire to figure out if she even could unlock the capabilities of CreationConstruction as the fragment she was. If she could, how far could she push it? What kind of things could she use it for? Maybe this was why Rose was saying that it was a terrifying power...because, she was becoming worried as well from the gradually building extreme that was such potential. 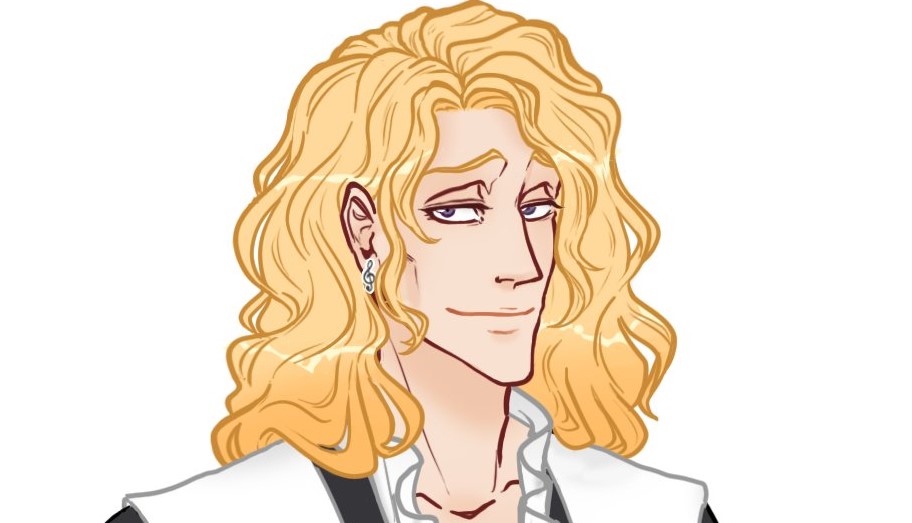 Rōjūrō Ōtoribashi | Captain of the 8th
"Even one person producing creations like yourself could be viewed as one too many, but I suppose it would be rude to judge someone without ever knowing them to any degree of familiarity so I will refrain from such dire condemnation."

Rose's smile returned as Beetle's did, enjoying that innocent earnestness she had even though he was blissfully unaware of the power she could potentially come to wield. Perhaps it was frightening to think about, but so too were many different abilities when taken at an abstract level and separated from their user. His own was, of course, no exception, but that was hardly a topic for pleasant conversation.

"Well, is there anything more that I can help you with, Ms Fragment? I dare say I have given you a little insight into what changes have occurred whilst you've been away. You've returned my questions in turn too, of course."

BEETLE "06" YUUDESHI | FRAGMENT OF GOD
Even if Rose himself refrained from commenting further on the complicated nature of her existence, the life and glow in her hazel eyes dimmed ever so slightly, her smile faded for a moment, before coming back. The girl perked up, sitting up just a little straighter in her chair for a little bit before getting up.

"Mmmm, nope! I think I've got a good idea of what to do now! Thanks, Mr. Otoribashi!"

As she made her way to the door, a rare thought came to mind -- dark, intrusive thoughts that came to her on occasion. It was even more stinging at the thought of hearing it from another person. She thought of Kakine, of CreationConstruction, of her life so far. Even if Rose had been kind to her, it didn't stop the thoughts from worming its way into the front of her mind.

She knew her birth was an accident, but, to her at least, there was a difference between an accident and a mistake. It was a thought that had bothered her for months, and she didn't like that it was making its way back into her train of thinking. As she slipped out the door, she turned back to Rose, still maintaining her smile full of energy and life.

"Oh! Mr. Otoribashi, is it okay if I sign up for the Eight Division? I was in the Combat Division, but, I think my skills would be better here. I wanna help out as many people as I can, and I think this place would be the best for that!"

Rōjūrō Ōtoribashi | Captain of the 8th
Following Beetle to the door, unaware perhaps of the doubts that lingered in her head but carrying some concerns of his own behind that warm smile, Rose offered a light chuckle in response to her question. Such an innocent little thing did wonders to help him gauge her character.

"Oh, it is perfectly okay, Miss Fragment. You passed the interview with flying colours, after all, so we would be a fool not to snatch you up."

His hand reached out to prop the door open, eventually starting to lean against the frame as he watched her leave. Rose did love collecting interesting people. He had gathered so many already, and, just when he thought there were no more to be had, another simply dropped into his lap. Perhaps it was a sign that the Eighth Division was the new start he needed. Something refreshing after all the years spent living a shadow of his former life.

"Now you know where to find us, so I expect to see you around."