The Elephant in the Room [Mizu, Ryouko]

The Elephant in the Room [Mizu, Ryouko] 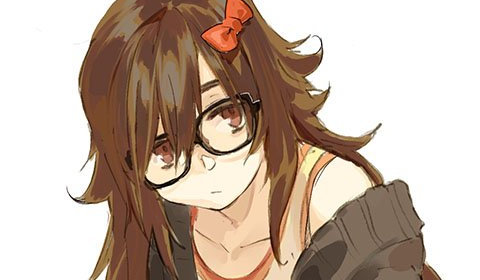 RYOUKO AMOU
It was one of those days, when the supplies of food ran out and she had to leave her little corner of the Third Division. It was nice and quiet where people didn't bother her, maybe that's because she'd found herself an old storeroom that people had seemed to forget about and let deteriorate which she'd turned into a small workshop. It was a pretty good job for restoring it and making it functional again.

She didn't tell herself that though. If she was smarter then she would've not had to go to the effort of finding herself space like that. That blows.

Food was the goal here, she couldn't forget that. So the meek shinigami escaped from the division barracks with her labcoat still over the top of her shihakusho. It helped to hide the curves she was shy about, so she liked to wear it.

She told herself after getting far enough that it would be annoying to go back and she'd be really embarrassed to go back... and then leave again in a silent admission that she'd forgotten something. Oh well, she could probably make it work alright if she really tried. 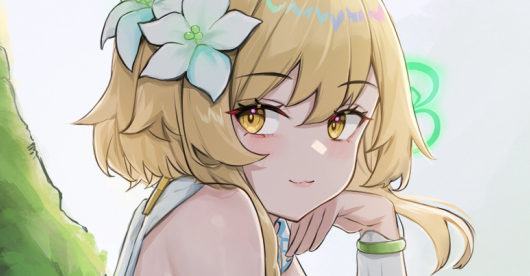 MORIKAWA MIZU
Things had been going well for one Morikawa Mizu, 5th Seated Officer of the 8th Division. She had many friends, the 8th Division was running like a well oiled machine, and her own studies were proceeding unabated. So then why was she nervously rushing toward the 3th Division's Barracks? Well, one roadblock Mizu had repeatedly stumbled against was her unsurprising lack of endurance. Her knowledge and skill with Shinigami magic continued to grow but her ability to actually properly utilize it was limited rather severely by her weak spiritual power. Thus, she headed to the infamous R&D Division to look for possible solutions.

I hope they don't mind a lowly 5th Seat like me asking for their help... the flaxen haired Shinigami thought to herself, somewhat anxiously. Mizu was never one to seek shortcuts, choosing instead to fight her limitations with good ol' fashioned hard work and elbow grease. But recently she had also found herself in deadly situations and her mind was beginning to turn on this particular subject as a result. She thought about the mighty ape-like Hollow she'd come across in the living realm that did quite a number on her because of how quickly she became tired. In this moment of recollection Mizu suddenly found herself tipped off balance as she unceremoniously crashed into another woman.

"Ahh! I'm so sorry! Please forgive my lack of attentiveness!" Mizu stumbled back slightly and patted down her Shihakushō as she regained her composure. As her golden gaze fell upon the woman she'd bumped, she immediately noted the woman's lab coat worn uniquely by the R&D Division "Miss, are you a member of the 3rd...?"

RYOUKO AMOU
Unlike Mizu, Ryouko was hardly as coordinated and the sudden jolt of force to her body, the shinigami fell flat on her butt as she winced with the force striking her butt. At least there was some cushioning there not that it spared her tailbone much. Her chestnut eyes looking dazed as she adjusted her off-centre thick glasses to look up at the little blonde woman.

She was saying things but Ryouko only heard the last bit and sheepishly tried to figure out how to answer that pointed question. If she said yes then what if this woman asked her to do something? What if it was something that only someone like Captain Urahara could do? Then she'd look really stupid for being in the "smart person" division. Unfortunately she was wearing her labcoat and had no real recourse to say no.

She answered while awkwardly getting up to her feet and dusting herself off.

MORIKAWA MIZU
Mizu's eyes remained focused on the woman she had, to her own surprise, managed to knock to the ground. She believed she had run into her with much more force than she truly had and worry filled her gaze as a result. With them both now at their feet and steadied somewhat Mizu immediately bent at the waist in an apologetic bow that would put the most respectful attendant to shame, her body at a full right angle. "I am Morikawa Mizu, 5th Seat of the 8th Division, and I beg your forgiveness Amou-san! If there is anything I can do to make up for this transgression, you must only ask!"

With her apology lingering again in the air, Mizu considered the tragic irony in coming to the 3rd Division to ask a favor only to end up potentially owing one of it's members one. To others simply knocking someone over would not warrant such a reaction, but for dutiful Mizu it was a reaction well within reason. After all, she thought, what if this innocent woman twisted an ankle? Or suffered a bruise? Or any number of other potential, though unlikely, ailments as a result of her own obliviousness? As these thoughts rushed through her head Mizu remained bent over with every intention of staying that way until the woman responded in some way.

She said meekly while scratching at her cheek awkwardly. Talking with people wasn't something she did very often so now with this encounter it was made all the more weird for her. It was hard enough making small talk with the shop owner that she bought all her food supplies from. A lingering silence which could be filled with ambient crickets if they were active at this hour.

The third division member just thought about the fact that this was a seated officer, she must be really talented and dedicated to climb that high. She probably had her zanpakuto as well all figured out while her own just yelled at her to try and get the point across even though words didn't hit her. She was a little short... and petite... thin petite.

She probably gets all the attention, Ryouko thought.

MORIKAWA MIZU
As silence lingered awkwardly in the air between the two Mizu worried she had offended the woman. Trying to get a response from her was like pulling teeth, which in the blond's experience was usually due to hurt feelings and she certainly did not intend to do elicit such a reaction. Not wanting to leave anything on the table Mizu decided to just broach the subject directly.

"Amou-san, have I done something to offend you? I mean, besides knocking you over which I am of course very sorry for. If I have, I really would like to make it up to you in some way. Are you working on something I could assist with? I have the afternoon free as I had set time aside to visit your Division, but that can certainly wait." Her golden gaze emanated sincerity as she did her best to maintain eye contact with the meek Shinigami she had practically run over.

RYOUKO AMOU
"Um, no. What made you think that?"

She said awkwardly, only the weird ones were extroverted from her division that she knew of. The people that were the real creeps that belonged in the Maggot's Nest, she just wanted to keep her head down and avoid people's spotlight on her because if they looked a bit too closely then they might become really critical of her.

"I guess you can help out. I just thought you wanted something."

Usually that's what people wanted when they came to the third division. 'Can you enhance me?' 'Can you give me a big bazooka which blows hollows to bits and it has heat-seeking missles!' or stuff like that. Some people were really weird and just wanted dumb looking cosmetic changes.

MORIKAWA MIZU
Mizu considered her acquaintance's shooting down of her question and decided to take it at face value and answer honestly "Pardon me for assuming wrongly Amou-san. I misread the situation and believed, based on your demeanor, that you had been insulted instead of just being introverted." One area she knew she could improve in is in her approach when dealing with such introverted people. Mizu could often be described as confident and bubbly, despite her at times overly respectful behavior and speech. This Amou Ryouko was surely her inverse.

"Oh! I cannot lie, I did come here to speak to Captain Urahara-sama about an idea of sorts but I would not impose such requests on other members of your division. If the 3rd is anything like the 8th, I am sure you all have enough work without me adding to it!" A light giggle broke up her response before Mizu spoke again to the shy woman "The other reason I am interested in your division is while I have been able to meet and make friends with members of many of the others, the 3rd has remained a bit of a mystery to me. I would owe you a great favor if you allow me to help you, so just say the word and I'll do my best Amou-san!"

RYOUKO AMOU
Oh gosh. Oh dear. Was this some kind of evaluation? Did Mizu intend to catch her being lazy and underperforming or something to that effort? Her heart was racing with awful ideas as to what this situation could be but she just looked at the woman from the other division and awkwardly touched her fingers together.

Ryouko wondered about what to do from here. She had a few repair jobs to do and make a few pieces of equipment. The denreishinki didn't fix themselves after all. So it was one of the duties of the third division to not only innovate and improve but also maintain.

"Do you know how to repair a Denreishinki?"