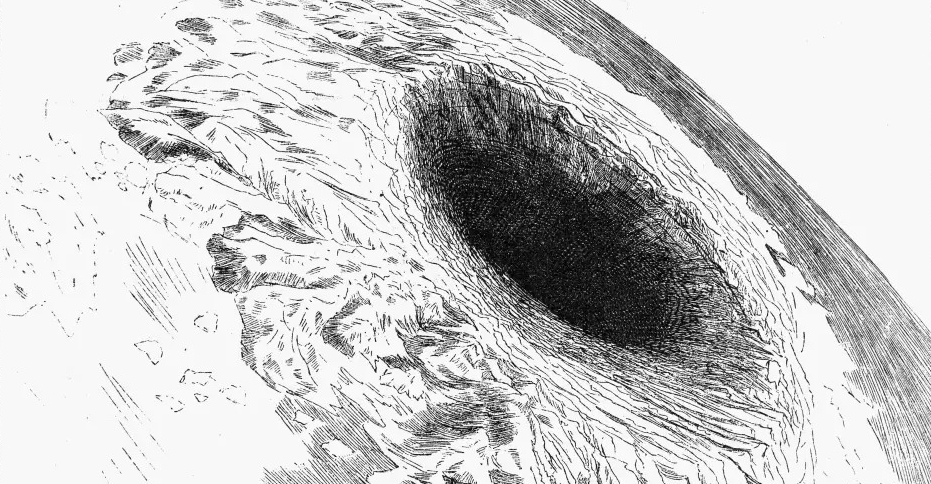 SOCIETAL COLLAPSE
I. THE PLOT
You all know the state of the world. Though peace came for the briefest of moments, conflict has yet again reared its ugly head, and it seems many of Earth's greatest heroes have disappeared or fallen. In that wake, yet one more catastrophe has come upon us.

In the capital city of Vastime, where countless battles have been fought, a cataclysmic pit has opened, swallowing near all of the city. From this very same abyss has come a spike of Hollow energy rivaling the appearance of the Espada a century ago, a degree of sheer corruption thoroughly unprecedented.

But even this is far from the greatest worry. From this pit of corruption have crawled Hollows which seem to have had unspeakable time to gather their power. Gargantuan beasts who boast power far beyond that of the typical Hollow have begun to lumber from this abyss, and given the scale of energy which still radiates from those depths, a daunting question must be asked;

What still lies below?

II. WHO CAN JOIN?
It's anyone's game right now. If you want in, you're in. The only caveat is one character per player, please.

III. WHAT SORT OF EVENT IS THIS ANYWAY?
At present, there is no apparent solution to this problem; it is an unfortunate reality that these immense Hollows may be an issue for the foreseeable future, and those who wish to attempt excursions into this pit are highly advised to plan carefully.

Put simply, from an OoC perspective, don't expect to solve this crisis over the course of this event. This is simply a response to a catastrophe; long-term solutions aren't on the table for now.

IV. HOW WILL IT RUN?
Signups for this event will end on December 14. After signups have been completed, threads will be made roughly in line with appropriate power levels, and characters will be assigned to threads accordingly.

There will be a 3 day time limit on posts, with exceptions only for the most absolutely dire real-life emergencies.

THE FEAST IS MAN

I would like to sign up Morikawa Mizu for this event! She will do whatever the Gotei plans to do.

Alastair Eisfluch will head up the Vandenreich response.

Liltotto's adding to the Vandenreich band

Well, if the Vandenreich are rollin in', guess I'll throw Solomon into the fray. Sternritter Rookie's gotta put in the work.

Erika will be joining as the representative of the Captain Commander. Please understand, Murasaki wanted to be here but she ate some bad shrimp and so Erika had to come along.
__________________

Lukas is ready to kill some hollows