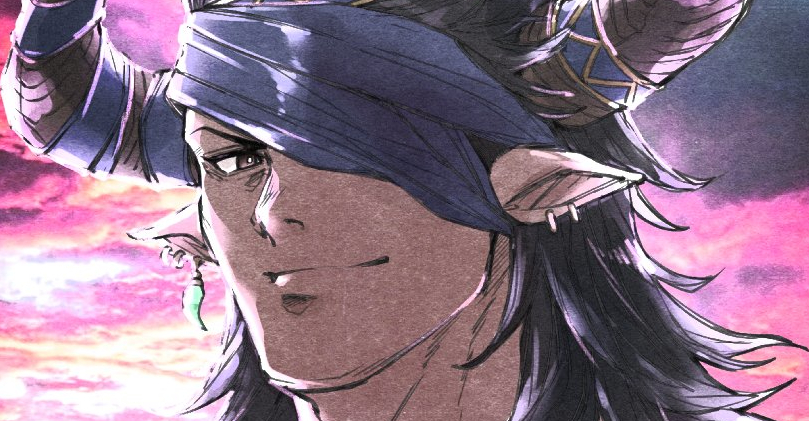 KAZUYA KŌGA
"Considering the environment, maybe steel. Though, should weigh in the cost of labor and equipment... But, if I provide most the labor... Then, the time to finish would differ... However..."

Lost in thought, a lone giant muttered to himself. Honestly, his presence alone was enough to cause wary, but it wasn't his size that did such. Many seemed apprehensive to approach someone so deep into their own world. Most even knew him enough to know the lack of danger he proved. It just wouldn't do to disturb him, but he did prove somewhat in the way of the flow of traffic. Well, he is at a park, taking up a whole bench, staring at one of the jungle gyms like he planned to dismantle and put it back together.

However, for most, that's simply how Kazuya is. He is a man who is always thinking, whether about a job or his personal projects. People in the Rukongai have much to thank him for though, as he helped greatly in rebuilding the area after the last catastrophe that befell. He is even a great help in bringing up to modern times. That's why no one felt particularly pressed to press the horned one-eyed man, but they wished he'd not give off such a serious look. Think about the children.

SAWACHIKA KYO
"Kazuya! You ought to try and wear a more friendly expression you know, otherwise the children around here might start worrying you're out for them!"

Kyo hardly thought that was a serious concern, of course, and his tone of voice made that fairly clear as he called out to his friend from across the park. He hadn't exactly expected to run into him here, but he was glad to see him nonetheless. Approaching with all his usual bombast, he tucked the box of tea he was carrying under one arm and gave a wave of greeting.

"Have some designs in mind for this place?"

KAZUYA KŌGA
Of course, as relevant of a person Kyo proved for Kazuya, not even the boisterous redhead could spur the giant from his ramblings, a quirk that finds most annoyed at times with the man, but one many also admired. Though, as with most colleagues, Kazuya seamlessly included Kyo in his ramblings, the man suddenly thrusting out a blueprint that was given by him as soon as Kyo stepped into range. On it was a simple building design for the houses in the area. Kyo should also know of the restructuring of the Rukongai. This is but one of many ideas for a new building format to evolve the setting about them. This one copied much from Karakura City, taking in the idea of creating complexes and apartments to fit more citizens vertically.

"What do you think? Instead of populating more free space, they are thinking of adding towering buildings. I for one think it could work, and preserve the parks and nature of the area, but some seem to dislike the idea of filling the sky with needless clutter."

SAWACHIKA KYO
Thinking about Kazuya's proposal for a moment, Kyo looked out at the low skyline of the Rukongai. He'd had similar thoughts about the best manner of modernizing the Soul Society, and the architecture of the living world had some distinct advantages that he found hard to deny. He didn't care one bit for the aesthetics, but that could be adjusted easily.

"There's definitely something to be said about being able to see the sky, that's fr sure. If we replaced too much with buildings like those, the whole Rukongai would probably be unbearable to live in. Stifling, unhospitable. But building those in smaller amounts here and there to accomodate the population would be plenty worthwhile."

Kyo wasn't entirely certain if any of his recent projects would be particularly relevant for this, but in a way, he hoped they wouldn't be. He wanted to grow, and expanding his understanding of this art he'd devoted himself to was certainly one of the best ways he could do that.

In the end, it's not really his decision to make. He's simply another name on a contract, but that's just the power of his name, isn't it? As someone who's helped the Rukongai plenty, people listen to him. He may not sway the future as much, but he does influence the little things, like the direction of a door or the size of a park. Surely, if he were to ponder with others about the industrialization of the Rukongai, things could move in entirely different directions. Maybe that is why he found himself pondering so deeply, more so than usual.

"The people should vote."

SAWACHIKA KYO
"Putting it through those new democratic channels, eh? A lot of the nobility are going to get upset about it. But you're right. There's nothing good to be gained from forcing one way of life or another on the people out here. They've gone through enough of that already, I'd say."

Kyo's eyes remained on the low skyline, already imagining what it might look like if it grew higher, if it changed so radically into something different from what it was now. He'd seen even what Japan looked like down on Earth, how their architecture had changed from what was up here into something totally different.

"Have them vote district by district, maybe. Some might turn into modern lands, but it'd be good to have some of them still quiet like this. Rolling hills, nice rivers, wide open spaces. It'd be a shame for all that to go away."

KAZUYA KŌGA
"Nobility? Why would they care for lands they barely bother with? If anything, they would adore a more industrialized world. More chance of a profit."

However, with that said, Kazuya had awoken another issue. The very idea of business in the Rukongai would evolve. It would make sense that merchants and the like would push for one thing while others pushed for another. Then, corruption would sink in as everyone fought over their way of life. Governments, no matter their form, are simply chaotic entities, and it is a shame that no matter what they do, it will end up all the same.

"Thinking on it, Nobility will no doubt play a huge role in what's to come, and only completely banning them from participating would ease the nearing storm. However, that wouldn't help either because we are all sinful beings."

SAWACHIKA KYO
"They like money and control, and the Rukongai being the way it is now makes sure they've got plenty of both."

Kyo knew it probably seemed a bit hypocritical to speak about the nobility like that when he was a noble himself, but the Sawachika were far closer to the commonfolk than any other noble house. It was pretty difficult to think ill of the citizens of the Rukongai when his own mother was born out there, after all.

"I've heard a lot of the further out districts are still getting things figured out. I imagine handling this too quickly would probably just get some unsavory people into power."

KAZUYA KŌGA
Kazuya actually looked at Kyo, studying the man in all his boisterous glory. He will never understand the ability to take pride in something one found corrupt and instable. If he were a Noble, he knew he would hate the very ideals his existence relied on. He already hated the brief years of Nobility he bolstered within his own tribe before its downfall. However, getting caught up in something miniscule helps little with the situation. The shift from infrastructure to corruption had simply brought his busy mind to a standstill. Nothing can be done as things stand, and the lack of progress left an innovative mind like his restless.

"I will speak with Miss Kyoraku on the matter."

He rarely includes her in his work, but now his work is being directly obstructed by things she is more familiar with. Politics is not his forte despite his ability to work his way around a conversation if need calls for it. There is a difference between meeting the requirements and being fluent. His chin found itself tucked firmly into the palm of his hand as his gaze flicked towards distant ground. Slowly, he massaged his chin in thought, pondering other required avenues for things to ever move forward with any semblance of smooth.

"This may also be something that should be brought to the Gotei's attention. Ojo's not going to be amused."

SAWACHIKA KYO
Ah, the former captain commander. Kyo almost commented about how she wasn't too popular among the other nobility, and even among some of the current higher-ups in the Gotei, but even he wasn't nearly so bold as to say something like that. It would mostly just be rude, after all. And besides, he had a feeling Kazuya probably already knew that anyway.

"The Gotei will want to be involved, that much I know for sure. How's Ojo doing lately? Haven't seen her since I changed divisions."

That was a more casual way to turn the conversation, and one Kyo felt was probably better right about now. After all, for all the power the two of them had as builders, architects, ultimately they still built where they were told. That was just how things were.