[..Entering Kazuki's Training Room..]
He heard what Kuro said.Maybe his inner hollow was just a great annoyance of his fight.He would took every attack that was sended by kuro, the wound that Kuro made from his attack, was bleeding.His leg was still able to moved when his leg was being slashed.After every move that kuro took, he sees that kuro took 3 feet from him.It was now his move to be done and he would rush towards Kuro with his full power.He felt someone's presence around him, watching.The spiritual pressure he felt is a captain level, which it was the same level as Byakuya Kuchiki.But it was a different one, it was someone else other than Byakuya.He couldn't know where he or she is.The spiritual pressure caught him offguard and accidentally slashed Kuro's left leg, which the cut was connected on Kuro's leg.He accidentally swing his zanpakuto backwards, not using his zanpakuto properly.The wrong swing and doings made him summoned the wrong dark wave, which is known as the "Corrupted Dark Wave".With an advanced level of Dark Wave and able to kill a captain with this insane power from the Corrupted Dark Wave that he doesn't know how to summon because of his wrong-doings. 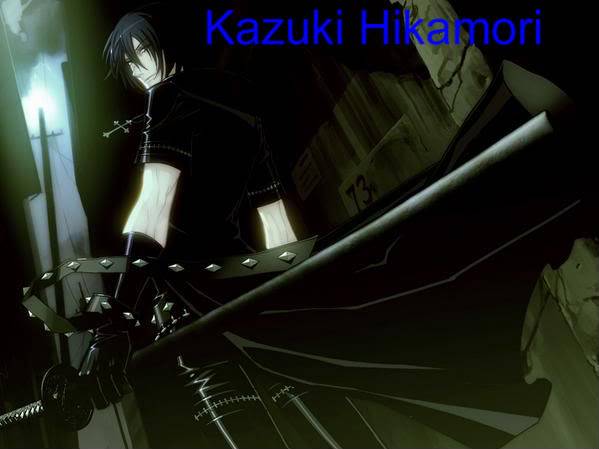 Wow... Good thing I attacked with the blunt side of my blade, or Kazuki would be hurting right now! Kuro thought as he saw the effects of his strikes. Then Kazuki fired off another wave at Kuro. Since Kuro has seen this about 20 times by now, he was able to easily dodge it. However, he was not ready for it to change directions. Jeez, what do I gotta do? Chop off his arms? Kuro turned to face the wave, and leapt over it. It burned him in a straight line down his torso, and Kuro coughed out a bit of blood. He landed on his feet, feeling woozy, his arms flailing from side to side. As the wave changed directions, Kuro pointed at Kazuki, and with some of the last bits of strength that weren't in reserve for do-or-die moments, Kuro cried: "Bakudo 9: Geki!" If this worked, it would engulf Kazuki in a red light, paralyzing him for a small amount of time. Then Kuro slid behind Kazuki, putting Kazuki between himself and the giant wave. At this time, Kuro was starting to lose conciousness from all the effort he had been using...
__________________
The Barracks!

One he spoke his name, the paralyze broke instantly.He stopped the corrupted dark wave, holding it up and threw at Kuro with his bare hands.His zanpakuto was finally in its shikai state.Thanks for the training, he was able to gain shikai.His shikai takes the form of the same katana, but its WAY more powerful than its normal katana, but a little bit change for the katana.The colour of the katana was white, which an opposite colour of his black katana.His katana was covered by a crimson black reiatsu, one swing from the sword, a huge crimson dark wave, which is an advanced level of the dark wave.But powerful than the corrupted dark wave.The wave is 10x stronger than the corrupted dark wave.The crimson dark wave has so much insane power in it that even higher than captain level couldn't have enough power to stop it.

Its time for the death, Kuro.But surely it will not be death, it will be defeat.

So the paralysis worked. Thats good. Thought Kuro as he began getting off the ground, panting. He started to step away from the paralyzed Kazuki. Now it this works, I should be fine.

Whose name? Ah, shoot, did he get his shikai already???? Kuro watched as Kazuki broke the paralysis spell, then picked up the wave and shot it at Kuro. Oh crap! I haven't got much of anything left! In pure desperation, Kuro shot out his hand at the wave. The wave slipped right off the bite marks and instead hit the ceiling, breaking it into several pieces. The peices fell and the wave had to go through the pieces, weakening it. By the time it reached Kuro, it had about 3x the power of a wave. Drawing the very last of his strength, his do-or-die reserve, Kuro forced all his remaining reiatsu into his hand, firing a beam that dissapated the wave. Kuro slouched against the wall, nothing left but his counciousness.

"Well, Kazuki, looks like you win this one. I don't know what you are, but as long as you keep that.. that thing under control, I won't report you to Jenna. Good match."

As he finished saying those words, uncounciousness enveloped Kuro, and he fell into a peaceful sleep.
__________________
The Barracks!

Training is Finished and Done!

Requesting Any Admins or Moderator to Lock the Thread!
__________________
"Though Every Fight Now and Then Does Make Life A Little More Interesting, Dont ya think?" - Kazuki Hikamori

I'll be moving this to the archives since it's clean and done. Swoosh~ <3

2013 Rebuild: Old Threads
Threads of Members that have left are to be re-archived to the Old Thread Board.