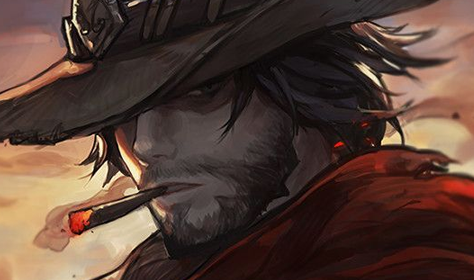 
» Physical Appearance Description: James Earp has a presence when he enters a room, whether he wants one or not. Standing at an imposing six feet, four inches the man isn't by no means unnoticeable which has lead to him getting in more trouble. With light brown hair which just begins to touch to his ears he has an almost rugged look to him, and a small beard to accompany with it. Notably, the beard often makes him look older first intended for on the days he is clean shaven he appears rather young for his age. He has a very strong jawline, and sharp features reminiscent of the standard american hero. His cheekbones appear to be almost sculpted if it wasn't for the weather beaten appearance he maintains from long periods in the sun, and traveling. Of course, with that being said he possess his signature cowboy hat which is beaten in appearance with various scars lacing it's worn edges. A few bullets seemed to be strapped to the side of it, either for appearance or practicality.

One can properly guess years of hard work have had an effect on the young man's body, tanned from working in the sun and hardened from the hard work required of him. He comes from humble origins but even then he has a stronger body mass than most, but with surprisingly lithe for his side. That is most due to his preferred method of solving disputes being a quick draw of the revolver, most of his muscles are simply from an almost substance diet he maintains and willing to do hard labour when needed. Despite this, a man of his size possess remarkable twitch reactions and speed. What scarring he does possess seems to be minimum, or hidden under his clothes. Notably there are a few bullet sized scars lacing his body, one particular one only just a hair shy of his heart. One of the most noticeable features of James is the cyberntic arm he now possesses, courtesy of the Jefferson City incident. Often times he can be seen wincing remembering such an event, or placing his normal hand on the part where cybernetics connects to his flesh.

When it comes to his clothing, James very much is an outlier for the Vandenreich. Instead of the blues and whites of his companions he opts to wear the almost dirt browns and reds. Under his poncho he maintains some level of body armor meant to help absorb the impact of whatever hits him, practical but not limiting his movement. Due to his brand of fighting being fire armed based, he prefers to be able to move quickly. And of course, on his feet he sports a pair of riding cowboy boots with signature sliver spurs- something passed down from his family. 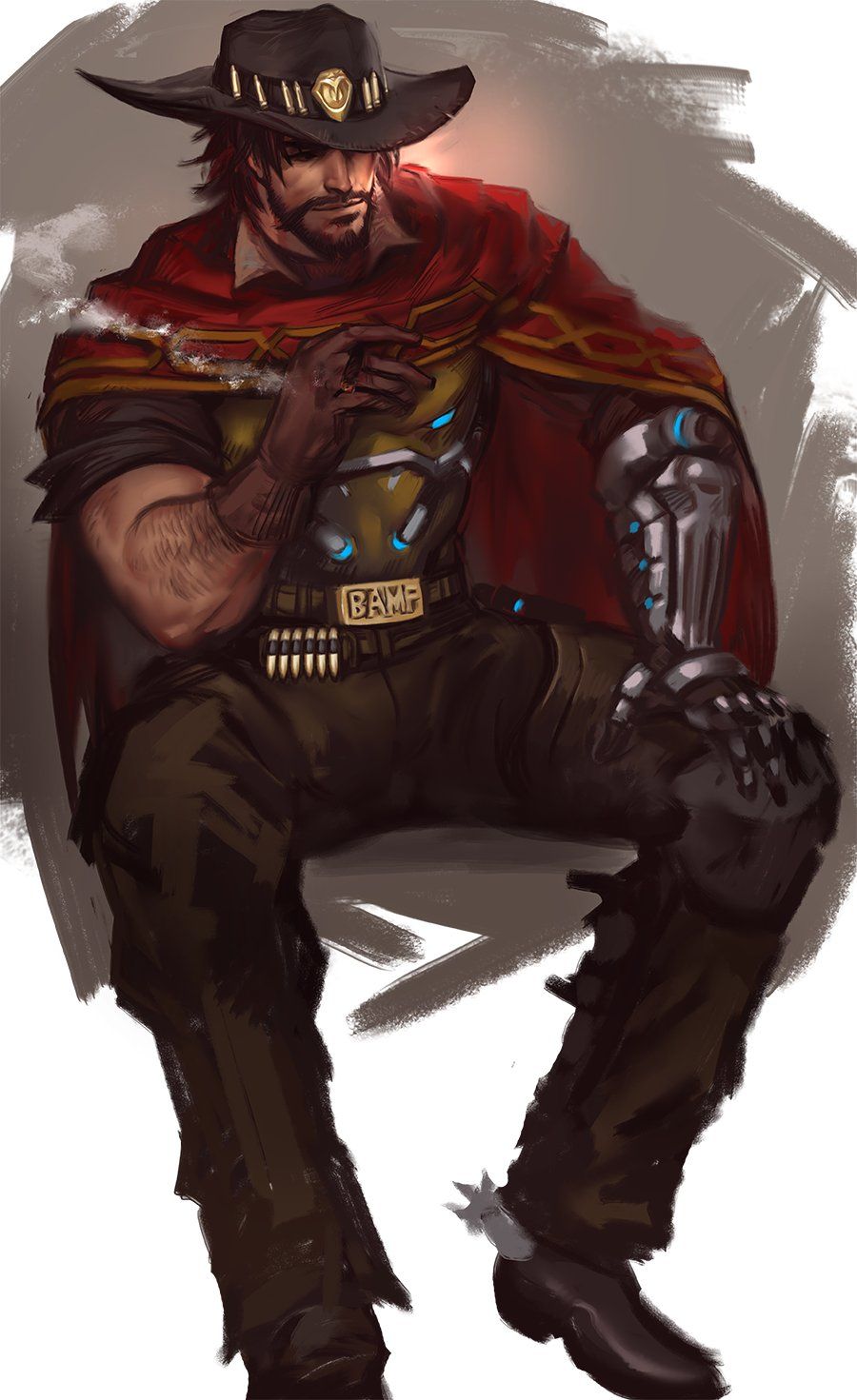 » Personality: (What is your Quincy's personality like? This may be written in any way however it must be at minimum 2 paragraphs for it to be approved.)

» History (This is the section where you write out their history. They must be at least three paragraph's with four to five sentences each.)

» Equipment: (If your character has any non-Quincy related equipment, then you should put it in this section. Otherwise, if they don't, do not fill in this section and you can leave it blank.)

» Skills: (In this section you can list anything they can do from their general/will racial sheets. In addition to that, you can list non-power related feats they can do as well. Such as if they have a strong immune system, spiritual awareness, good battle skills or anything like that.)

» Quincy Skills: (You can put any Quincy Skill or ability that your character knows here. These can range from blut specialties, Ransōtengai, Archery moves and so on. Feel free to however many sections you need here)

» Spirit Weapon Name: (What is your Quincy's spirit weapon's name?)

» Spirit Weapon Appearance: (What is your Quincy's spirit weapon's appearance?)

» Spirit Weapon Abilities: (what abilities does it possess?)

» Vollständig Apperance: (What does your Quincy look like when their Vollständig is activated?)

(To Find Out about what these skills are for, please READ THIS THREAD before you try doing anything to it. After you have read it, do not fill your skills out until a staff member has graded your thread. The staff member checking your app will also give you Will Skills in which you can add to your app when approved.