Coding In Template By:
[THEFROST]
Click here for a link to the Racial Specs

» Physical Appearance Description: (You can write what your character looks like here. You can also choose to add or remove this if you decide to add a picture.) 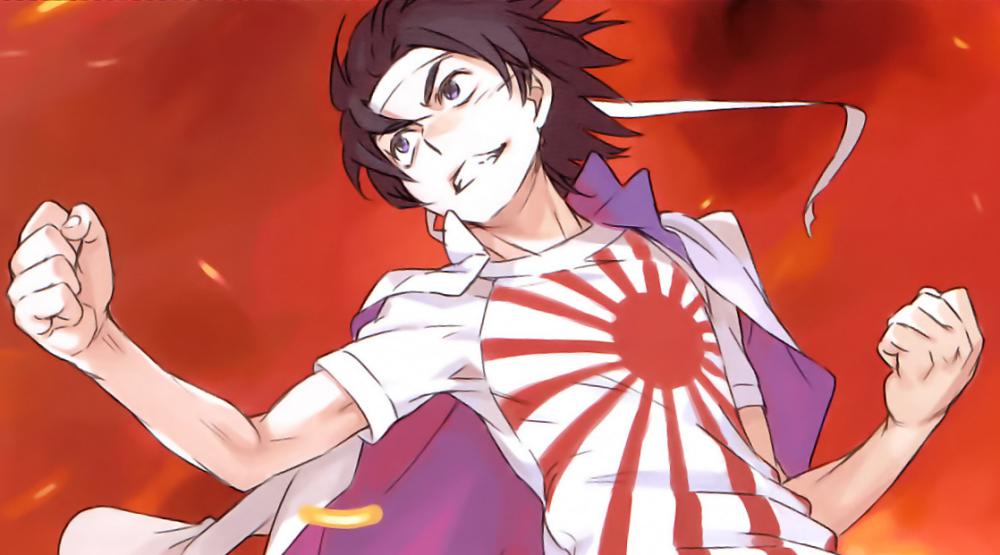 • Unpredictable: Gunha's behavior has always been very unpredictable, from childhood till now. In order to be present to become a helping hand to those are within his reach, Gunha is always trying to be present literally anywhere and everywhere, as long as it is a land that mankind can step on with their bare feet, you bet your ass that he will be there if it is not an impossible feat. While he usually may be mistaken as a type of person who is brawn over brains, Gunha still has a sense of morality, the ability to determine what's right or wrong and at the very least, make a clear judgement as to how he should react in specific situations.

The unpredictability of his behavior stems from his straightforwardness. He doesn't see himself as a person who comes with complicated schemes or delve too much into his thoughts as to what kind of strategy would be advantageous for him, so attempts into predicting his attacks would usually be very difficult because he acts based on his current gut feeling, not a premeditated action that he had planned on taking. If there's a person in front of him, then he will let both of their passion, guts and strength to determine the outcome of the battle.

His movements are not in a predictable pattern either. He has the tendency to travel and wander from places to places without anywhere specific in mind, appearing out of nowhere and disappear into the horizon when he is done with his business as well as having preferences in improvising or coming up with weird techniques on the spot at odd times when he feels like it, making it more or less difficult to rack up any useful data about his combat abilities. Even in day-to-day life, it is difficult to understand where he would appear, what his habits are or what he is even thinking about. If there's one way to summarize his actions, then "honesty" would be accurate and the key factor to his unpredictability.

• Optimist: Despair? What despair? There is no such thing in Gunha's eyes and quote, "it would take a lot more guts than that to make me suffer", which contributes highly into the level of willpower he possesses. A man who would not dwell into or regret the actions of the past, a man who would see an empty glass filled with water vapor rather than empty and a man who, regardless of the situation, would try to gain as much fun out of it as he can.

And there wasn't a time when he doesn't let his optimistic personality show. Always grinning ear to ear, his voice is loud and as clear as day and beyond hyperactive - moving out and about non-stop and journey across the world as long as both of his legs exists. While his personality may seem overwhelming at first, Gunha is pretty simple as a person and doesn't take much effort to take along with and for him, the more the merrier.

Gunha warmly welcomes any challenger, friend or foe to confront him, which he would react in a burst of laughter, pop his knuckles and get ready for one hell of a fight. The outcome doesn't matter to him at all as well like; Winning? Losing? A draw? Like why the hell does it matter in the first place. An end of a battle to him symbolizes growth of one's guts, their goals and allows a person's passion to continue to burn wildly. Its always a win-win no matter who the opponent is, hostile or not.

Gunha doesn't care if the person in question has opposing views in comparison to himself or have some kind of grudge towards him, his friends or family. To him, the difference between duking out against each other with guts is completely different from a fight that involves the death of either one person in a one-on-one fight -- however, he also knows very well that death is also an inevitable thing which he would much rather avoid if there is even a glimpse of that possibility.

Not to be mistaken as a pacifist; Yes, these things called war and violence is something that will occur out of his control and knows full well that regardless of choice, he would have no choice but to participate in it and have no qualms against it if it were to happen as he believes that the ideals, passion and guts within each and every person is different. The only thing he finds it unacceptable is the attempt to justify one's death and hell, he won't let that happen - ever.

• Selfless: It is unsure whether he is selfless or just dense, one thing's for sure is that Gunha doesn't prioritize his own life or rather, he is aware of the physical condition and damages that his body goes through in a combat but would mostly put it aside with "a little bit of guts" so part of his selflessness stems from his lack of care of his own body.

But because of that, Gunha is fearless to put himself in situations that would otherwise deter an average person from joining in; situations that would include a risk of one's life or against an overpowering opponent that they could not hope to defeat. These factors, albeit clearly disadvantageous to Gunha, does not stop him from jumping in to save a person, help out a stranger or fight alongside his people - friends and family.

• True Neutral: Gunha doesn't like to specifically aligns himself with anyone or any organization at all and be tied down with such pointless concept like good and evil. Some may find it weird due to the fact that he is part of the Yuudeshi family but he prefers to pass down his own judgement and take action as he sees fit with his own two eyes.

Alignment? History? Connections? Titles? That doesn't matter! The most important thing for Gunha is their guts and their true intentions: hostile or nay? Nothing more and nothing less. Though, it does make him susceptible to deception as he usually doesn't take much effort to dwell too deep into a person's true nature.

He finds it gutless if a person has to do something because they are tied down with a role, expectations by the public and their peers, and what it deemed right by the society, so he is a man who seeks freedom in life and have his actions unchained by whatever's around him. While he does lack a bit of common sense here and there, Gunha still has the capacity to understand and judge by himself whether a person is a friend or foe with his own eyes, even though he may not seem like it at first glance.

• Let's talk with our fists!: When Gunha finds that words isn't going to cut it, he isn't the type of person that would try his best to talk some sense into him or her and try to reason his way out of any physical confrontation. He believes that sometimes, the only resolution to a conflict is to beat some sense into that person and let both of their fists do the talking. Have one's honor, passion and guts on the line and duke it out between each other and only then someone may be able to reach the answer that they so desire.

It is something that Gunha lives by. His belief is that a person's proof of their strength through victory can resolve matters that words and reasoning cannot; not to assert dominance but rather sportsmanship and respect for each other's capabilities, and even though he knows that it sounds lame, it is the truth. Sometimes, fighting can set aside differences between each other's guts, beliefs, passion and what they are fighting for and even serve as an outlet for their emotions that may be piling up over the course of days, weeks, months and even years.

This is why Gunha doesn't hesitate to put himself into a fight, accept challenges from anyone and even face foes that may have even want to take his life. If someone is hell-bent on going against you with all their might, then he should answer their passion equally with his guts. Run away and hide? Then that's no fun.

» History (This is the section where you write out their history. They must be at least five paragraph's with four to five sentences each.)


I. Other Supernatural Abilities

» Pure Abilities: (Feel free to put any abilities they might have from their powers. Such as if they had the power to generate, control and tame electricity? They would have abilities that could allow them endure harsh climates, boosted speed and things such as that.)

» Sacred Release Appearance: (Describe what your human looks like when they release their spiritual power. This is essentially equivalent to a Shinigami's Shikai.)

» Sacred Release Powers: (Does your human get any additional powers from this transformation? For instance, if you had the power to control Fire in your base, could you control heat and magma in this state? Or would you gain something else?)

» Ascended Sacred State Appearance: (Describe what your human looks like when they release their spiritual power. This is essentially equivalent to a Shinigami's Bankai.)

» Ascended Sacred State Powers: (Does your human get any additional powers from this transformation? For instance, if you had the power to control Fire in your base, could you control heat and magma in this state? Or would you gain something else?)


END OF THE HUMAN APPLICATION