» Association: The Iramasha Union and many of the Higher Ups within the race. Of those, Azure Iramasha and Ketsu Iramasha would be her strongest ties.

» Appearance: [What does your NPC look like? This can be a written bio or an image]

» Purpose: [What is their purpose for being made? Is it to help a countries defenses? To help improve story within a personal story line? Please write it down in at least a few sentences. The deeper the purpose, the better usually.]

» Personality: [This is optional to add in some cases. Sometimes people will create mindless creatures, and if your NPC falls into one of those categorizes, leave a note about it. Otherwise, fill out personality as per normal.]

» History: [Everything has a history. Even if it's just a mindless creature spawned by an org, someone had to of created it. So please put at least a paragraph or two of thought into it.]

» Powers: [This is where things will often get tricky. Since NPC's can be of any race, you may have to sometimes take elements from other templates and paste them in this section. Otherwise, you are free to do what you want with powers here. Just be sensible with them like any other application.] 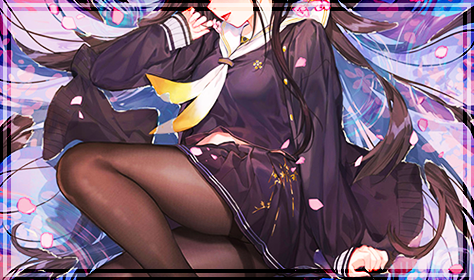 As a woman 'brought back from the dead', many of Jade's emotions have become stunted. Following in Husk's original footsteps, Jade uses logic and reasoning in order to make her decisions and to fuel her actions. Because of this, many people find the girl to be apathetic if not entirely emotionless. In her case, however, Jade simply chooses to use logic and thought over feelings to make her choices as a being. Due to her complete disregard towards feelings however she also refuses to engage in conversations based on empathy. No matter the person, Jade will not discuss the meaning of feelings and morals with those engaging with her.

Each and every decision Jade makes in life, currently is fueled by the need to further herself. Nothing can sway the woman's mind when it comes to furthering herself compared to others. In the most extreme of cases, something like life and death, Jade will always come first in her eyes. The general public, those 'close' to her and even mere strangers are worthless if they can't reinforce her own standing in the world. Due to these feelings, most people find it hard to ever truly connect with the woman. It was already hard enough to find someone that could somehow attach themselves to the girl, her self absorbed and manical nature making it that much harder.

Many people would consider lacking a religion as something that was far from a personality trait. However, for Jade, her lack of religion has been a stepping stone for many of her beliefs. Being entirely self-absorbed, Jade uses her lack of religion to put herself above those around her. Whether they believe in some higher power or worship the gods that roam both earth and the spiritual realms, the belief system many people find themselves in allow Jade to see herself as the better being. Smarter, stronger, more thought provoking. Those who follow and conform to religion are nothing but the dirt of the earth, to Jade at least.

The Whole's Full Strength, In View


The Splitting Of One's Soul 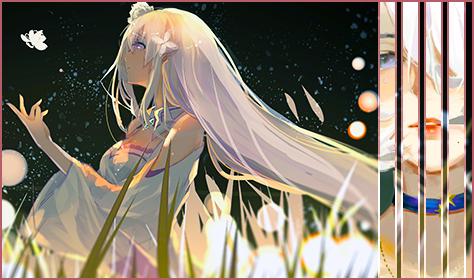