To Scratch an Itch [Public/Saga]

Re: To Scratch an Itch [Public/Saga]

Frozen. It was a strange sight to behold, but the instantaneous drop of temperature to a point that Helle’s own breath became solid impressed the Quincy. In fact, not even Helle had avoided the absolute AoE that had stilled the Needle, her armor caked in ice as her skin shimmered with the usage of her Blut Vene which waned off the chilling effects of the Shinigami’s Bankai. However, it proved folly to believe that their battle was over in such a decisive move. Moments after life had stilled, their adversary made herself known again. This time, her attack proved rather lame and uncharacteristically focused.

Finding her own body hard to move as the ice on her person cracked and splintered, Helle simply prepared herself to take the hit head on, her Blut Vene protecting her from the blow as it sent her flying backwards into a nearby skyscraper The combined effort of staving off the subzero temperatures and defending from Saga left her winded for a moment, but she is quick to rise from the cratered surface of the skyscraper, glass and metal dripping from her clothing. She’s annoyed, not because of being attacked, but because of the damage done to the city, a place that is under her jurisdiction. She has already failed the people. The least she can do is keep the place from suffering further destruction.

With a flick of her wrists, the frozen Needle shatters, the Reishi about it splintering the building into shards of itself that begin to glow as she grips each individual shard, melding them into multiple large sharp frozen spikes. Waving her arms like a conductor, the spikes move in rhythm to her beat congregating around Saga, forming a ring of spikes in a spherical outline. Pulling her arms down, the spikes shoot forward towards Saga, the Reishi around them hardening, reinforcing their strength and piercing potential.

Re: To Scratch an Itch [Public/Saga] 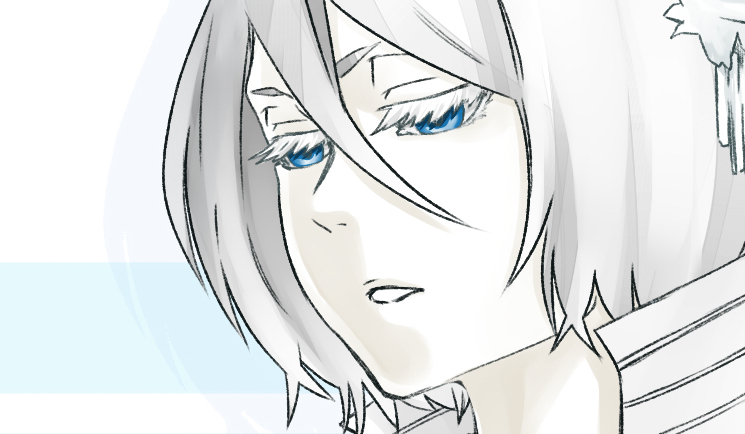 RUKIA KUCHIKI
That was tremendously unfortunate, seeing even absolute zero shaken off with all the effort of a modest chill. Rukia probably would have been outright shocked, were she within her normal state of being at present, but the dulled existence that was her Bankai left her with little response beyond an acknowledgement that it was less than ideal. No matter.

With the collapse of the Space Needle, there was little reason to remain in the area, and it seemed that her Quincy ally was threatened. If this was the fastest that their opponent could move, then Rukia felt confident it was something worth exploiting. She kept up rather handily, though she was admittedly held back by her Bankai. Speed was not her strong suit in this form, at least not if she wanted to keep herself from breaking.

Moving under the myriad spikes that Helle had summoned around Saga, Rukia once more summoned Sode no Shirayuki's freezing ring. Within Bankai, however, it had grown quite drastically, enough so that it easily encapsulated the whole of the area. To escape both the Quincy's sphere of attack and her own deep freeze would require a degree of speed and finesse that she doubted many had. She doubted even she had it, to be quite frank, and it already seemed this enemy was not quite as fast as she.