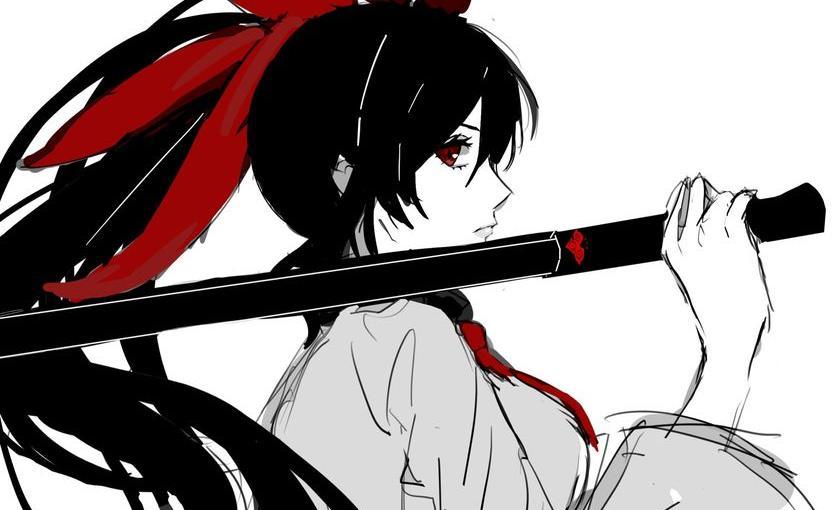 Furukawa Asami | Officer of the 5th
"It certainly isn't love in my case, but I wish this had such a simple answer. Though maybe it is simple and I cannot see the wood for the trees. Either way, I was clueless enough to come to you for a little help."

Taking one last bit of sake, she set her dish aside as well before leaning forwards to move the blades closer to Murasaki. They were an interesting pair, Musai Kyoutei, a blade of black and a blade of green. Asami knew that a paired zanpakuto was not exactly a common occurrence, but neither were illusion-types and hers was an oddity even amongst that group. She raised a hand over them, offering them out again, before returning to her seat and continuing to sit upright.

"You are welcome to them, it is not in their nature to turn down a conversation when asked but - then again - that is when I am the one asking. Do let me know if there is anything I can do to help with the process, I'm happy to help in any way I can."

KAGAYAKU NO MURASAKI
"Well ya know, the zanpakuto'll reflect your subconscious, so even if ya haven't noticed somethin' like that it'll still end up mattering. Who knows, maybe your heart's already been stolen away and ya haven't even noticed."

Of course, Murasaki didn't actually put too much stock into that theory at all, and her lighthearted tone made that fairly clear. Taking the blades from Asami and running her hand gently over them both, her whole demeanor became much more serious as she took in every detail of the fellow zanpakuto.

"Anything I should know manners-wise? Anything they don't like hearin' or any subjects I oughta tiptoe around?"

Furukawa Asami | Officer of the 5th
Surely her subconscious had not betrayed her so? That was something she would have noticed. She did pause to seriously consider the idea for a few moments, before concluding that this was a stupid idea and that she certainly knew her heart better than her swords.

As for the weapon itself, she couldn't say that they talked all too intimately. They both enjoyed their own peace and quiet when it came down to it, so they would often just sit in silent contemplation. Perhaps having someone a little more talkative in there would do the spirit some good, or at least it might shake a few clues loose.

"Oh, their mannerisms? I suppose I have always addressed them formally, wouldn't want to offend their pride or anything so drastic. As for topics to avoid, I haven't run into anything other than the trouble broaching matter at hand."

KAGAYAKU NO MURASAKI
"Gotcha gotcha. Formal's usually a smart approach, some of 'em can be pretty testy. I stay formal with mine too, though I don't really think he'd mind if I eased up a little. And my dad'll answer to whatever, he doesn't care. Anyway..."

Returning her focus to the swords themselves, Murasaki closed her eyes and treated them as if they were no different from her own zanpakuto. Reaching out to them, almost a sort of spiritual probing, and simply...seeing if she got any response. Sometimes she wondered if she could have entered people's inner worlds like this, but that seemed a little weird. Better to just focus on talking like this, ya know?

"I hope I'm not intruding, but you mind having a chat?" 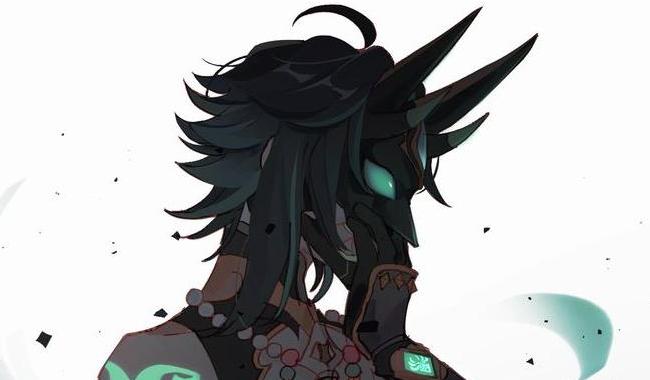 Musai Kyoutei
There was a sense of serenity that washed over Murasaki as she reached out to the zanpakuto that had been placed before her. The aura of a person that exuded inner calm and collectiveness. A peculiar smell began to linger in the air, that of a mix of incense and iron.

"A visitor to my garden. Curious. You are not the young Lady, yet you would speak to me in spite of that."

The voice was gentle, somewhat effeminate, but with an air of nobility to it. Their presence began to focus in on that of Murasaki, the intruder. Observing her now as if they were observing her for the first time, those teal eyes peering at her with genuine intrigue.

KAGAYAKU NO MURASAKI
"Yes, that's right. Sorry if you aren't big on guests, I completely understand that."

If Murasaki were actually in the inner world, she likely would have accompanied that apology with a proper dogeza of apology, but hopefully her tone was enough to convey that she wasn't actually here to be an intruder. Sometimes spirits did tend to get antsy when she stepped in.

"I'm here on her behalf, since I thought that your perspective on these things might be helpful if we talked zanpakuto-to-zanpakuto. She's said that there's a secondary spirit she notes at times. I don't know enough to really make any judgements for certain, but there's likely none better to ask about a zanpakuto than the zanpakuto itself."

Musai Kyoutei
"And yet you still have not introduced yourself. Are you always this discourteous, Kagayaku no Murasaki?"

An unexpected tension suddenly gripped the conversation as Musai Kyoutei let that scathing remark settle. They were certainly restless about this new presence now, bearing down upon them with all the intensity that they could manage. Even still, after a few awkward moments, they relented.

"I do not know of this alleged second spirit, though. When Musai Kyoutei is called, I am the one who answers. I have no concept of others within my domain, nor would I suffer any unwelcome presences. That is not to say I am omnipotent. If the young Lady believes that something is amiss then I will peer into the deeper recesses of my space."

1, 2, 3
Permissions in this forum:
You cannot reply to topics in this forum
Who is online?
In total there are 13 users online :: 1 Registered, 0 Hidden and 12 Guests