In the Open Field [Elyss, Makoto, Others]

In the Open Field [Elyss, Makoto, Others] 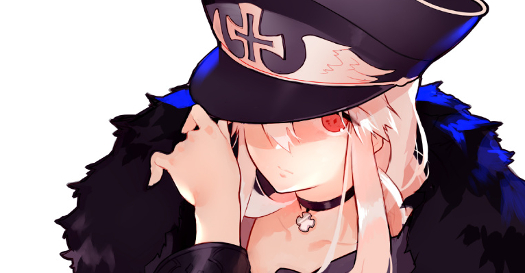 YEKATERINA ISAENKO
With each hurried step on the marble floors of the Isaenko estate, Katya could only curse the fact that she did not have any ability to travel as swiftly as it seemed so many others were able to do. Taking even a few minutes to cross from one side of her home to the other was far longer than she wished to take, and she entered into the quarters that had been given to Elyss and Makoto without even knocking, a single folder in her hands.

"We have received credible intelligence from the field that Dufresne is currently near the Ural River in Kazakhstan. He travels the steppe semi-regularly, seemingly on account of the wastelands allowing for easy avoidance of any detection. I would offer you some manner of transport, but I doubt that I am capable of providing anything faster than what two trained shinigami might do."

Honestly, she wasn't actually sure whether or not that was true. She didn't really know much of anything about their kind or their organization. Maybe she should have, considering her sister's position, but perhaps it would be better for Katya to simply distance herself from that. That wasn't important at the moment, though.

There was the feeling of a bit of anticipation when Katya broke through the door. For one, it was pleasant to see someone that wasn't Elyss given the fact they had shared quarters for more time than she'd have liked but Makoto wasn't one to moan and groan about something. She was just ice cold through the whole ordeal. The second thing was that the knowledge that their mission could be coming to a conclusion.

"Elyss, hurry up and be ready to leave already."

Makoto didn't bother to check the state of Elyss, she just assumed that she wouldn't be proper to go out into the field at any given moment. Few were ready to depart at the drop of a hat after all.

Elyss isn’t ready. Well, she’s dressed and everything, but she was spending her time just sitting in bed, staring at the ceiling. She’s been lying there all day, thinking about a dream she’s been having on repeat. Katya appearing stirred her from her thoughts, and Makoto didn’t help with her condescending way of speaking. That woman really dislikes her, huh? Anyway, there’s no point grumbling about it because it’s time to get to work. It didn’t take her long to get up and make sure she had all her stuff, basically just her Zanpakuto.

“Alright. Let’s go. Better catch this guy before he sneaks off again.”

They have been here a while, just waiting for something to happen. Now, something has happened, and it’d be bad if they miss their chance to get some answers. Of course, this isn’t going to be easy. Roman doesn’t seem like the type to give up sensitive information, especially considering he’s being hunted down. So, first, detain. Second, gather intel. Easy, right?

YEKATERINA ISAENKO
Handing the file over to Makoto, mostly just by merit of her being closer, Katya took her cap off and gave the two a deep bow of thanks, naturally more in the western style than the eastern. It was simply a gesture of respect, but one which she offered quite genuinely.

"I hope that I have offered the two of you enough assistance. Whether or not this proves sufficient, I hope you will return here and inform me."

There was little else she could say, but she did nevertheless lead the two out of the estate. Certainly the two of them knew the way out by now, but it was common courtesy to see one's guests out, and these were far more than any mere guest.

"I do not know how long it will take the two of you to travel such a distance, but by our typical travel it would likely be a full day's time. Our reports indicate he just recently passed the small border settlement of Badamsha. We suspect he may intend to travel to the ruins of old Aktobe, but all that we currently know is he is moving eastward. He is on foot, as is always the case, so you will hopefully have little trouble in locating him."

MAKOTO ARIMA
She didn't waste time when she received the paperwork and got to brushing her eyes over the information with haste, isolating only the important bits over the fodder. Satisfied she tossed it so that it landed on Elyss' bed next to her to peruse and give her a chance to focus back on Katya.

Makoto turned back to Elyss and gave her a stern look.

"How competent are you with your hoho? I heard that you're still in the Academy."

The last thing she wanted was to miss this opportunity because Elyss didn't know how to utilise shunpo very well.

Yeah. Hoho? That’s the moving fast thing they teach you, isn’t it? Well, considering she was only in the Academy for, like, a month or something, it’s safe to assume she sucks at all of that stuff. Besides, Makoto would probably like being the first on the scene to scope things out. For everything Elyss is worth, subtlety isn’t her strong point. Comparing her speed to what Makoto’s is, the redhead gives herself a couple of hours at best. Yeah. That’s probably how long it’d take her to actually get there after Makoto.

“But, in that case, Kat, after everything’s done, we should definitely go out and grab a bite. Invite me back over so me and the old man can have that one on one.”

She laughed as she took the folder and held it close to her, but knowing they’re time is precious, she’s already heading towards the door. Each step, her mind focused more on the task at hand. This isn’t a battle to the death. This is a quest for answers, so it’s best for her to tame her violent tendencies because accidentally killing Roman could put everything into jeopardy. She doesn’t understand why her faith in herself has waned, but this isn’t the time to get hung up on it.

Patting Katya’s shoulder as she exits, it doesn’t take her long to get outside and get moving, knowing that Makoto is probably getting far ahead of her. Man, is she nervous or excited. It’s hard to tell sometimes.

MAKOTO ARIMA
Another sigh at the incompetence displayed, that Tetsuzaemon was right. A good shinigami should aspire to excel in all fields of the Zankensoki. At least that is something that she found agreeable and put into her own dedication towards her career.

"Alright. We will see you later, Katya."

With that said, Makoto gave a small bow to be polite at their host before she utilised shunpo to leave the two behind while heading towards the general area and try and intercept Roman. She wasn't exactly a member of the stealth force but she did have some understanding of how to be subtle and conceal herself. 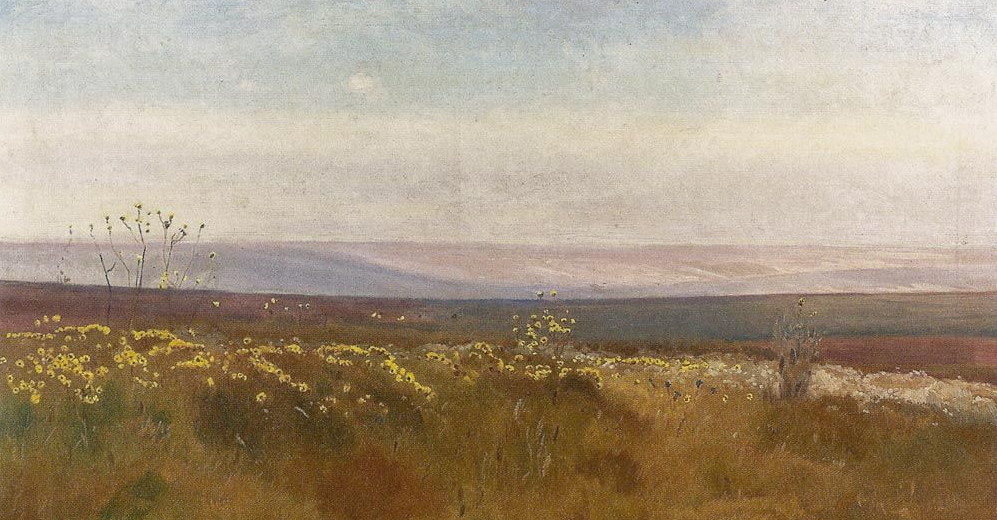 PONTIC STEPPE
A thankful goodbye from Katya was quickly carried away on the winds of the Pontic Steppe, over the Black Sea and to parts unknown. It was certainly a good thing that the two shinigami had been given a location on their target, for the steppes were all but a featureless expanse to those who had not been raised upon them. How could one tell one hillock from another, one lone lonely oak from the next, had they not spent their entire lives in these windswept plains?

At first, the only indication of any progress at all was the slow disappearance of the stipa which dominated the eastern steppe, those needle grasses which could tear weaker cloth simply by passing it by. The birds and the wild horses certainly gave a wide berth to these two travelers, for what else could they do? The Cossacks of these lands were their kin, but these outsiders certainly were not so.

But every step to the west, nearer their goal, was surely marked by the creeping in of the cold. For this was the land none dared to invade, which none could ever prepare for but those who lived within it. Already the snows had fallen this year, and scattered across the earth they still remained in places. Still, there was nowhere else to go but west for the two shinigami. When they reached the Ural River, its mighty waters cutting a path through the empty step, it would guide them where they needed to go. To Badamsha, to Aktobe, those cities which lie so close to the very boundary between Europe and Asia itself. To travel by landmarks such as these, to have no recourse but to study the land, such was the way of the people of the steppe.

The world is peaceful, too peaceful. She hates it. Makoto isn’t here, so there’s nothing between her and her thoughts. The repetitive terrain didn’t help. Her mind wandered eventually. Where to? She’s not sure. Thoughts came and went, like the tides of an unkempt ocean. From here to there. To and fro. There’s much for her to recollect: Hime, Abalia, Koyo, Damian…

His name… She is sure that was but a dream, but it came to her like a memory. She can see herself fighting, blades clashing, a head rolling. Though, the next second, she finds herself stopping, a gasp slipping from between her lips. When did her environment change? Snow on the ground, the temperature plummeted. She must be going the right way, but it’s hard to tell. Makoto is so mean, leaving her behind just because. Hopefully, that woman doesn’t get herself into too much trouble. Despite it all, they do share some qualities.

Back on the move, she forced herself to focus on where she’s going. Getting lost in her thoughts is unhealthy, especially for her. She should only think about what’s about to happen. What is about to happen? Her gaze darkened as she kept moving. Whatever this ends up turning into, she has to be ready for the best and worst.

MAKOTO ARIMA
Well, that was done. The trip here was easy enough, Makoto was sure to not go too fast for the reason that she wanted to both give Elyss an opportunity to keep up and then additionally because she did not want herself to be too tired to fight Roman effectively. It would be fatal to lapse in a fight which she imagined may be difficult, how much trouble could he be for two decently powerful shinigami anyway?

Not that hard, in theory.