In the Open Field [Elyss, Makoto, Others]

MAKOTO ARIMA
Gave a sigh of relief after the red-head vanished into the depths of the landscape. Taking a few moments to centre herself and take a final couple of moments to properly study the map provided to her and glance at the communication device which was her link to Elyss. It was nice to think about the fact she could get a bit longer away from the obnoxious attitude that was difficult to stomach. Saki was enough of an obnoxious attitude which was more like a cancer that she had grown used to from persistant invasion into her life.

That said, she was not fond of the idea that it could become a trend that people just strongarm their way into getting close to her. It just wasn't something she liked to consider as someone that liked to think that she had control of circumstances. Wildcards were the very opposite of that.

"Thank you Oksana, we'll return to you soon." 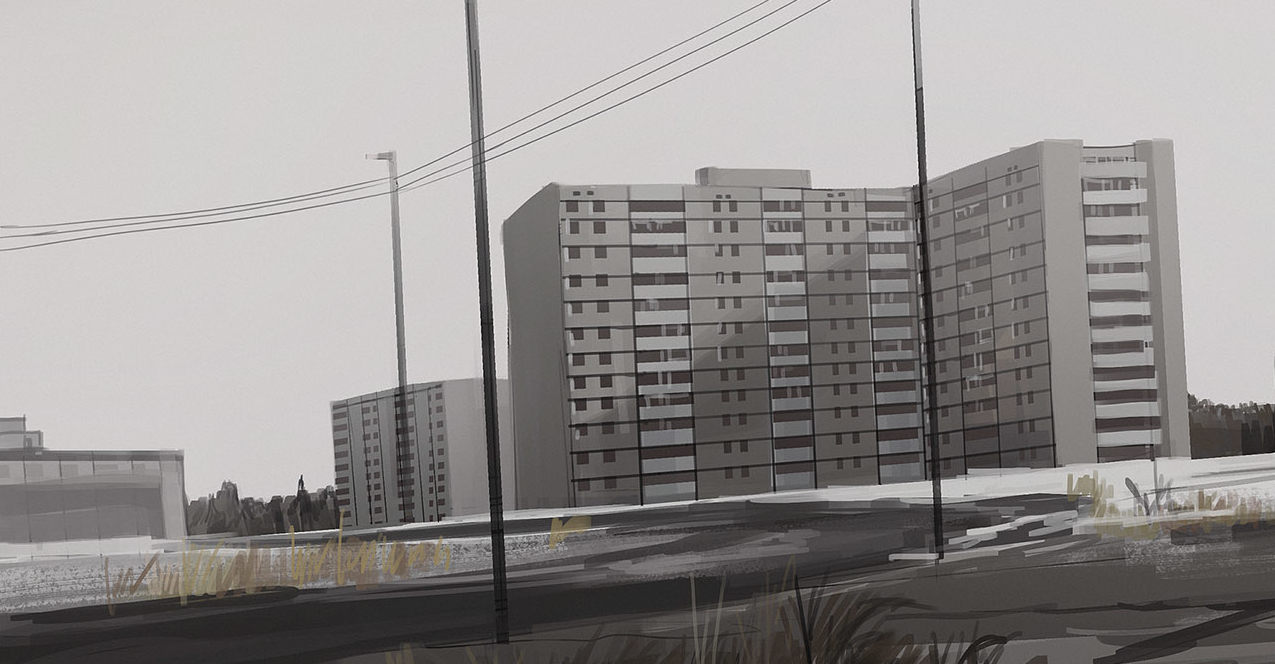 OLD AKTOBE
The ruins of Aktobe were every bit as desolate as one might have expected from the wastes of the old world, though it was almost strange for its stunning lack of life. None of the hollows or stray bands of demons could be found in this place, only the empty whistling of wind through the streets. Yet, despite the empty land, there was one thing which was more obvious than any visual cue.

The obvious energy which moved slowly through the city. Unmasked, unhidden, a being of tremendous spiritual strength was surely in this place. It seemed that it was near the center of the city, and the matter was now only to reach it.

Wait. Makoto isn’t actually following. Well, that’s cool. That just means they can cover more ground. Though, that just means the other’s actually a bit mad, but when isn’t she? Elyss doesn’t quite get it. Maybe she should try talking to Makoto in a different setting, without so much of her charming charisma. Eh, anyway, those are thoughts for another time. Right now, she should focus on finding anything worthwhile.

This place is rather barren. She had expected something more than just winds of Reishi blowing by. Though, that’s alright. If their target is anywhere near the mass of energy she’s heading towards, then that’s fine. Is Makoto heading the same way? Maybe. Maybe not. She’ll see. She’s just interested in what this mass is. The map on her phone seems to show that it’s relatively safe, but who knows with these things such as whirlpools of energy. She’ll just send a text to Makoto to let her know she’s in the center of the city and leave it at that. Now, to see what’s beyond these abandoned buildings.

MAKOTO ARIMA
She didn't like this place, it was eerie and devoid. The atmosphere felt similar to the strange kind of unsettling air that hung around the scene of the massacre as it took place but also had the serene stillness that came to linger after the killing was all over. Did someone cause this as well? She didn't believe it was a natural reason for this place to be this way.

People really were just the worst things with everything they did.

Makoto wandered through, trying to remain alert and orientated. She did not want to be caught off guard by anything but it was hard not to feel on edge with every moment that passed in this place - whether their target ambushed her or the world shattered its stilness just to throw some kind of terror.

The sudden disturbance caused by the notification from Elyss did make her jump. It felt like everything was building anticipation and the blasted woman let it all explode in a moment. 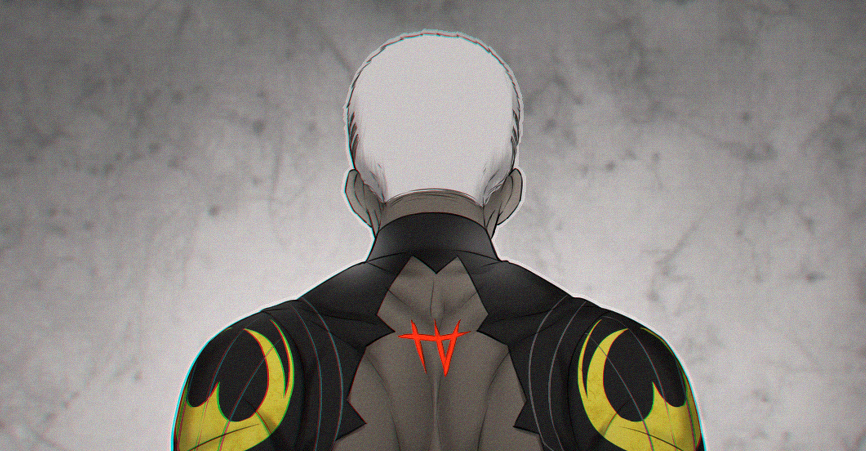 ROMAN DUFRESNE | BROKEN MAN
Nobody came through Aktobe. That was why Roman always walked through this city. He knew the lay of the land by now, knew the times and the paths to simply avoid all of its dangers without much issue. That was why the moment that he sensed anything else in his place, he glanced in their direction, despite being unable to yet see what it was.

Despite his word of warning, the little girl at his side did no such thing. Rather, she simply climbed onto his shoulders with a smile, laughing happily to herself as he continued to walk forward. Roman knew that it would only be a matter of time before whoever it was came his way. Likely some hollow or bandit on the hunt for a payout. If they were in Aktobe, though, he supposed that the city itself would handle them perfectly well.

So he simply kept walking forward. He had other matters to concern himself with.

She’s getting closer, real close, and whatever this is ain’t moving away from her. In fact, she could say it’s getting closer as well. Maybe it’s not a person, or maybe it’s someone who’s not worried. She’ll find out in about now seconds. Stopping just a few meters from the man and the girl on his shoulders, Elyss felt a bit off. If Abalia ever turned into a kid, this is definitely how one would imagine the Captain Commander to look. The man? Well, he just fit the descriptions, huh? Ah, this isn’t the time for any horseplaying, yeah? Still…

“Oh. Well, this is a situation. Who's ya? Who’s the girl? Rather weird to be out in these parts.”

Her eyes lacked any real character, simple black orbs that let nothing show. Her face turned taunt as her expression died, a stony appearance about the redhead as she stood before the two. Despite that, she didn’t bleed hostility at all. In fact, her Reiatsu seemed to die down as she waited for an explanation, or a lie. Is Makoto on her way? Who knows…

MAKOTO ARIMA
She did not take the obvious approach, rather than going forward. Her own presence shrinking as low as she could get it and hoping that Roman was focused on Elyss. The white-haired shinigami creeping around a building to stare at a scene, that was in fact the man that they were pursuing and the little girl looked eeriely like Abalia. So much so that she'd almost bet that it was what they were looking for.

What did he do to make that? Did he torture her or perform some messed up process to grab out a chunk of her and carry it around like a trophy. This was all speculation but the cynical nature of her didn't make her think of the optimistic possibilities that he was a total good guy. All people were awful on some level or another, right?

Instead she just opted to bide her time.

ROMAN DUFRESNE | BROKEN MAN
Roman wasn't the sort for small talk or idle pleasantries, and he certainly didn't trust anyone who came this far out. The question about the girl only bothered him more, and he set Romanova down to protect her. Studying the redheaded woman with rather obvious hostility, he moved one hand to the gun on his left hip, his other arm still holding the child close.

"It is. I'm surprised to see anyone else here. You should probably leave."

The threat was fairly clear, even if he didn't necessarily state it directly. After all, if she had anywhere else to be, she could simply be on her way. And if she stayed, she wanted something out of him. His deep voice echoed among the empty buildings, and he simply studied her for now, still paying attention for any other spiritual signatures that might come his way. These sorts rarely traveled alone.

“Ah, but you see…, Roman, I came all the way out here just to meetcha.”

In an instant, the air about her spiked, hostility rolling out from her in waves. The air grew ecstatic with energy as stoic expression turned wicked, her hand already on the hilt of her Zanpakuto. And, with one step, it’s unsheathed, the blade thrown straight at Roman’s left side. With the strength behind it, it could have easily taken his entire left side off, but that’s not where the danger lied.

As if a beacon of her approach, her hostility screamed danger as she charged him at frightening speeds. However, instead of trying to attack him, she reached with her hand to grab his face and tackle him to the ground. She’ll try to handle this as quickly as possible. She doesn’t want him dead, simply captured, even if she has to break him a bit.

MAKOTO ARIMA
Rather than lingering and waiting for the ideal moment to do things herself like letting Elyss get tired in a one-on-one to wear down Roman she opted to take the opportunity to try and gain the upper-hand sooner. She'd rather succeed early or get involved into the fray sooner rather than wait and let it come down on a fight between her and Roman if Elyss got defeated early. So she played support for the moment and began drawing red seals with her hand from her cover.

""Disintegrate, you black dog of Rondanini."

Her eyes remained fixed on Roman, crimson energy matching her eyes began to surround Roman. She didn't know how strong exactly he might be but it only needed to stagger him briefly rather than lock him down in a total sustained paralysis to give Elyss a greater chance of success.

"Look upon yourself with horror and then claw out your own throat! Bakudō #9. Geki!"