Ehefra had no idea if what she was doing was working. GOD she was drunk. But when she felt that pat to her head, she couldn't help but think 'Wow, friendzoned', entirely forgetting that Micaiah was straight before she remembered. Ahhhh righrrightright. And then, she felt Micaiah's arms around her, and for just a moment.

Ah. That was warm.

She smiled softly and relaxed just a little as the woman gently embraced her. Cute. She couldn't help but chuckle ruefully at that, resting her head against Mic's shoulder as a sigh escaped her. "Myeh......cute as a fuckin puppy.... shfuckin hard gettin laid as a puppy." She murmured, shaking her head as she thought it over. She HAD been attracting a lot of girls lately. But ....why didn't that seem to extend to the guys? Maybe she just wasn't trying hard enough?

But, Micaiah's words had her chuckling, giggling a little. "Hyea...ahah...lookit me fuckin....huggin a cute straight girl.....fuckin drunk out mah wazhoo."She giggled to herself before sighing and resting her arms around Micaiah. "Yer s..sfuckin right though. Maybe I ...don't want a boyfriend. Keep tellin myself I'm not pretty..... not sexy. But how mny fucknn...guys have I went for? None....didididnt.. didn't even flirt with that cute recruiterder.... fuckin...boi that bitch was dumb and pretty. N now he's all .....shacked up with my superior." She chuckled, shaking her head. "And....all these ...fuckin...friends. Keep tellin me how great I am." She closed her eyes.

MICAIAH KHSHESH
Ehefra's head was on her shoulder, so she wouldn't see the odd expression Micaiah made at the mention of a puppy getting laid. Hopefully that wasn't an underlying thought surfacing only because the girl was inebriated, and just an odd idiom from wherever she was from.

When they separated from their embrace, Micaiah got a good look at the girl. Well, hmmm. Okay, maybe she was too drunk after all. The cube from before came by to sober her up, after all. It had nothing to do with the belated embarrassment of sharing her feelings, not at all. Micaiah confirmed to herself once more, that it was indeed a good thing that Ehefra was so drunk that she claimed she'd never remember what was said.

She offered her pinky up and gave into the promise. Ehefra never specified a time, anyways. After giving the pinky promise, Micaiah then got up from the couch and put her arm behind Ehefra's back and under her legs. She picked her up into a princess carry, "Upsy-daisy,". She gave a light kick to 'Beep', "Where's the bedroom? It seems a good time to put this girl to rest for the night."

Ehefra was ....surprised! Blinking rapidly when Micaiah finally offered her own pinky, and a relieved smile crossed her face, interlocking the digits and letting out a sigh of relief as she received the promise she'd been hoping to fish out of the girl. "You're awsum. Fuck I wouldndnd a done that... Fuck, you're such a good girl, you got....your ...Mso proud of you." She shook her head, clearly drunk ehefra was incredibly moved by the woman's compliance. And so when Mic swept her up into a carry she let out an OOP! Almost retching at the sudden transition! It would be quite obvious that Ehefra briefly had the urge to vomit, likely all over her new friend, but thankfully between her own tolerance and the little injection from Beeps, she had settled enough that wasn't going to be a problem.

Beeps deftly floated out of the way of the cock, and tilted itself in response to the question, and then promptly began floating up toward the stairway to lead Micaiah to the upstairs master bedroom where Ehefra generally slept.

All the while, Ehefra had promptly shut the fuck up since Micaiah had picked her up. Her lips thinned and pursed together, staring off into space as she promptly came to the realization that, ....oh yes.... oh she liked this quite a lot. A revelation about herself that no doubt would go down the metaphorical toilet of her memories as soon as she was no longer drunk and her brain finished throwing all these blackout memories in the t rash. So Mic would get to enjoy an embarassed, compliant Ehefra as she went about carrying her upstairs. Incoherently murmuring something about a dragon and a tower.

Ehefra's muttering about the dragon and a tower did catch Micaiah's attention. While it was something Ehefra might've said in passing, incoherently and probably as absolute nonsense, it was the kind of topic Micaiah was deeply interested in. Since, what it really sounded like was a potential adventure. She'd be sure to hassle the girl about the topic later, during a time when she'd be able to yield some real and proper information about this dragon and tower--perhaps a location.

Otherwise, she carried Ehefra up the stairs to the bedroom, and once there, gently laid the girl onto it, even tucking her into the bedsheets. Hm... For a single person living alone, Ehefra sure did have a big bed. She also offered Micaiah the place to stay for the time being--that was the whole point of coming by here to begin with.

Well, no need to take the effort of going all the way back downstairs. Ehefra probably wouldn't mind, anyways. A flash of light, cards, the whole shebang, and suddenly Micaiah was wearing a whole different set of clothes. Just a loose top and her panties, since that's all you really needed when going to bed. The blonde hopped right on in! 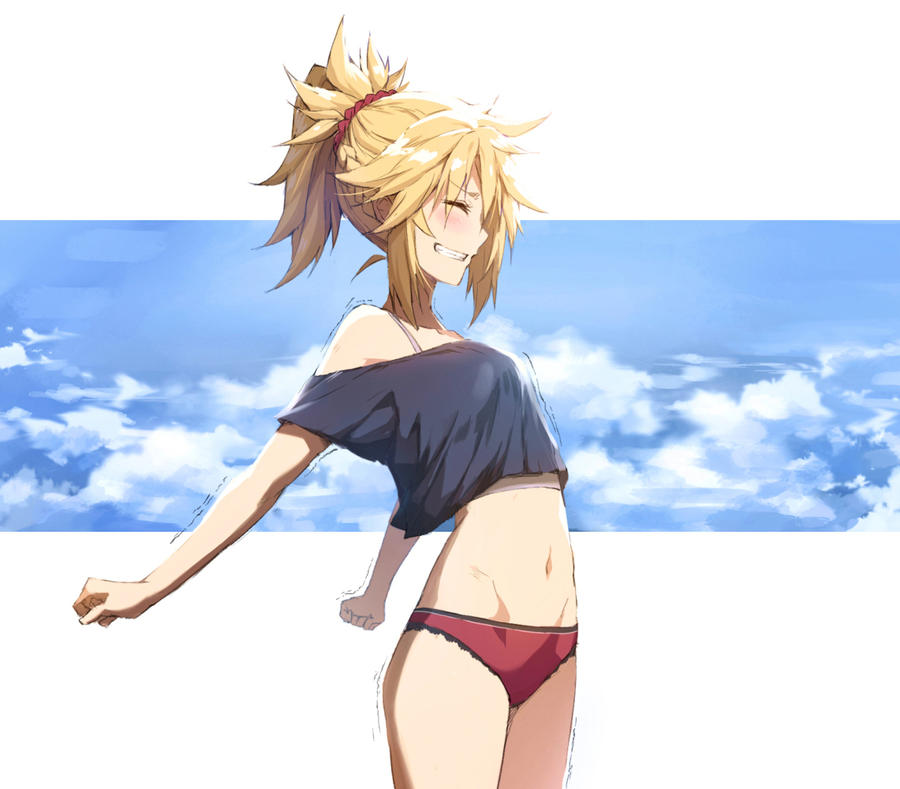 Boy would Micaiah be in for a surprise when in fact, she found out that Ehefra was, in her drunkenness, making a reference to an incredibly long series of movies about an Ogre.

All the same, Ehefra let out a little noise as she was laid down on her bed, rubbing at her eyes and letting out an idle sigh as she rubbed her face. There was some fringe crawling sensation f sobriety digging at the very edge of her mind. Some tiny things coming into clarity, and bringing with them the faint throb and discomfort of what was probably going to be an absolutely awful hangover from whatever demon wine Micaiah had been feeding her. "Beeps.....the....fuckin....the drink...." She murmured, her little companion dipping once and floating off downstairs. A good healthy helping of water, electrolytes, and some nutrients that ....FRANKLY she had been saving for the weekend. But fuck, she'd just have to make another one in the morning.

She was concerned within her own thoughts as Micaiah tucked her in, distracted by that little edge of awareness that was causing the first pangs of sting to her thoughts as Beeps floated in with the thermos. If she drank all of it now she'd just throw it up. And so she accepted the container and took a nice gulp of the stuff. It would still hurt like fuck in the morning, but hey, hopefully it'd take the initial edge off. She set the rest on her nightstand, and turned back in time to sHHHHHHHHHHH.

If Ehefra was not so fuckass drunk then she would have probably choked on her smoothie she was in the process of swallowing. But instead she just stared at Micaiah;s new outfit, and then watched as the woman just....hopped into bed with her. "Oh the....fuckin....thighs.." She murmured out, too drunk and tired to say anything particularly coherent just yet. Her poor gay little heart. Then..... her eyes scrunching up in scrutiny.
"Fuckin.....red? Dja fuc...were ya gonna getsum from a fuckin.....chess game?" She murmured, trying to figure out why Micaiah had 'fuck me' panties on when she had been out here in the city of lights dong games of chess. If she'd have been sober, she might have surmised she only just switched them on with the cards, but well that would have only brought up more questions. As it were, instead Ehefra was just drunkenly staring at the woman that had just hopped into bed with her. But frankly, she was already feeling the alcohol and the fatigue of her own sadness, grief, and drunken rambling catching up to her. She probably wouldn't be awake for much longer.

At least that was the thought crossing her mind as she slowly passed the fuck out.