KOIZUMI KASHA
How willing was he to open up? Now that was no easy task, it was much easier with Shishiyuki since she was naturally occupying the same sphere that he was as a Koizumi. Ira was not and did he want to share that same burden with Ira? Well, that's what he thought of it anyway. It didn't really seem fair to allow something like that to be placed onto someone that he thought was as pure and genuine as Ira was.

"It does not seem immediately difficult to make myself vulnerable. However, I would not like to subject her to the circumstances of our family and the traditions." 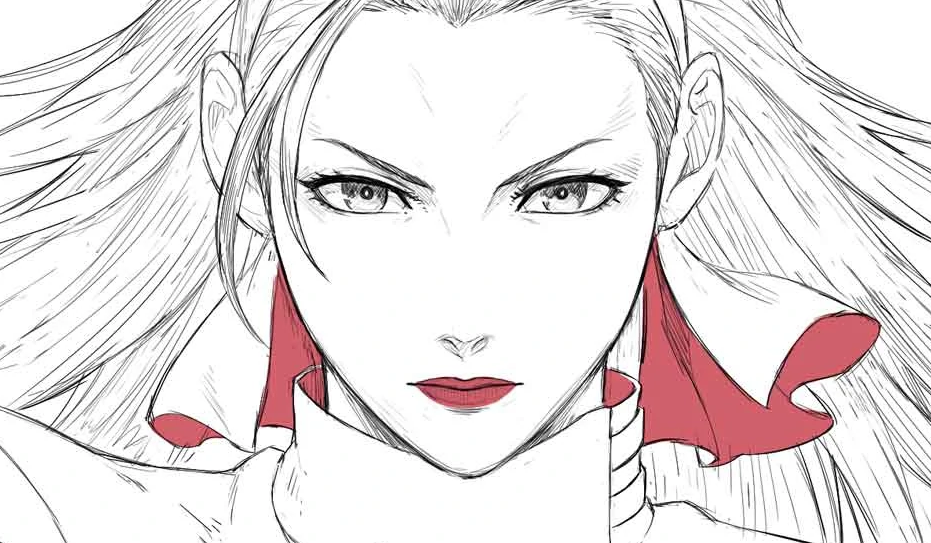 KOIZUMI SHISHIYUKI
Now that was something Shishiyuki understood all too well. The Koizumi family, despite presenting themselves as the most forgettable of the noble families, may well have been one of the worst to be born into. The demands of secrecy, of masks upon masks, was something that led so many of them to simply marry those from branch families.

"I feel much the same about Makoto. But I wonder, Kasha, if our family will be able to maintain its traditions much longer regardless. The times are changing. As head of the Koizumi, it is my duty to ensure that our family continues to prosper. I think we both know all too well that holding to those traditions forever will lead to anything but prosperity in the modern Soul Society."

Another sip of tea, as if to punctuate her thoughts. The continuation of this house was what she had sworn to devote herself to. She would do whatever was necessary to achieve that.

"I, personally, intend to never subject Makoto to that. You may rest assured that I would not expect you to do so, either."

KOIZUMI KASHA
"Ah the elders will try and try though, even when that time comes they shall remain ever persistent and deny it."

He said with a sigh and took a sip of his tea to taste it. Eyes looking off to the side in thought, he did wonder as to how those archaic individuals would meet the changing of the times. Were all the noble families in such a current state as well?

It seemed surreal to him that it felt like the Tsunayashiro were the only ones that went out of their way to adapt to the former Captain Commander in full but if he had to guess it was the privilege of commanding so much power in the nobility and that their head did not seem to recognise the other elders or peers.

"Mmm. I suppose that is true."

Ah, these things were so frustrating to think about. Did Kyo find these frustrations in his own pursuits he wondered. Though being both nobles must surely have its benefits.

KOIZUMI SHISHIYUKI
"If the elders of the family wish to challenge my decisions, they are certainly welcome to bring forward that challenge in the traditional manner. If they simply act behind my back, then I will take that as acting against the best interests of the Koizumi."

It was a fairly decisive statement to make, given the casual atmosphere of simply having tea with her younger relative. Shishiyuki was perfectly willing to cut down those who would hold the Koizumi back to the oldest traditions. It wasn't as if she was unfamiliar with them herself, after all. She was far older than the vast majority of the household, and had maintained her youth better than most of her peers from that time. She was every bit as capable as they of deciding the value of the old ways.

"The elders will not be present forever, either way. It seems foolish to not consider the well-being of the younger generations such as yourself."

KOIZUMI KASHA
Oh? Now that was a little more assertive than he was expecting, when he had properly met and became acquainted with her Kasha remembered the family head as a bit more delicate on the matter about the elders. Hesitant to make decisive moves which would create internal conflict but that statement to anyone else might've been the kind to disrupt the pond that was their family with a pebble.

Kasha had to wonder if it was her relationship which had made her more forward with those wishes or perhaps it was something else.

"I suppose you're correct but I wonder if there'll always be that division bred by the traditions of the family. I am hardly all of the younger generation and I imagine there are just as many that have been raised in this environment which would dread to see their ways discarded."

What a tricky situation.

KOIZUMI SHISHIYUKI
"Perhaps you are right, but even so, it is my duty to think of the Koizumi. If I can create an environment which might convince even one of them to reconsider those rigid traditions, then I will certainly do so."

It was honestly quite difficult, but that was par for the course in Shishiyuki's life. The vast majority of the decisions she made in her life were far from easy ones, and this was simply one more that needed to be made. It was funny, almost, that they had reached this point simply because he came to her for romantic advice. Then again, perhaps it was tragic that something so simple would lead to such a serious topic in their household.

"I can never force all of our family to get along perfectly. In such a large number of people, there will inevitably be strife. All that I can do is ensure they live in an environment which gives them the most opportunity to live happily."

KOIZUMI KASHA
"Mhm. Well, it certainly is like that and you do well in your duty of family head. Regardless of how others may feel about it. I would be hesitant to say that any of the other heads seem as thoughtful about their family's wellbeing as you do."

He did mean that compliment, there were upsides to the authority that the Tsunayashiro operated with given the fact that they were unified under a single individual which would not hear the greivences of those around her and the Koizumi certainly could not be in such a vexing position as the Kuchiki and Shihoin with their internal conflicts from what he had gathered.

"I for one shall not be disappointed by those traditions being cast aside... ah, though I am quite the biased viewpoint on that."

Kasha mused with a small chuckle at the end.

KOIZUMI SHISHIYUKI
"Our family is an insular one, without many of the political relationships and long-standing alliances that most of the nobility holds onto. Our allegiances have only ever stayed with the Seireitei as a whole, serving impartially and quietly. It is only natural that I would come to care for my family's well-being, and to hold them as more important than the others in my role would hold their family."

Shishiyuki didn't have especially high opinions of any of the other great noble household leaders, though naturally she still made every effort to remain on cordial terms with them. Perhaps the only one that she had respected had been Yuushiro Shihoin-- but, of course, that relationship had always been strained by the Shihoins' longstanding respect for Midori. It was only natural that such a thing would lead Shishiyuki to be unwelcome to some degree.

"Perhaps you are biased, but is it an unwelcome bias to hold a stance on the direction of one's own family? I would simply think of it as emotional investment on your end."