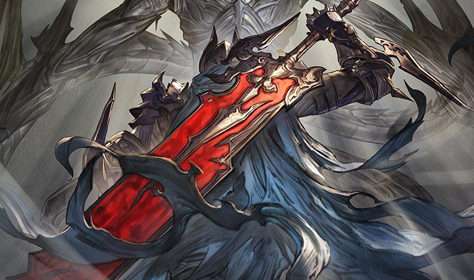 There is value in life, distinguished by multiple categories. Some value information. Some value time. Some even value material possessions like jewelry and money. However, everyone, no matter who they may be, will always appreciate good help. That's what he is: good help. Whoever pays him the most knows that. In fact, someone already has him helping them out, increasing the size of his bank account in the process.

This assignment is a simple one. All he has to do is secure a little trinket from a traveling unit. Though, the trouble is that this unit belongs to the so called Holy Roman Empire. A nuisance, surely, considering the influence of such an entity, but it's a simple in and out assignment. If he plays his cards correctly, he'll be done and gone like a whisper in the wind. The unit's stopping in a town pretty soon where he's already set up and watching out for them. They should be stopping at a nearby station to check in before reaching their final destination. Strike while they feel content nothing will happen. Perfect.

RAFAELA LEONE | REICHSRITTER
While it wasn't actually a duty she'd been assigned by anyone, and in fact had probably been seen as a nuisance by the caravan in question, Rafaela had taken up a bit of escort duty surrounding these travelers. After all, her duty as a Reichsritter was to ensure the Emperor's will was done, and that'd include making sure imperial caravans were safe out here, away from more traveled roads.

"You guys get settled! I'll do a few rounds of patrol, make sure there aren't any shady sorts around here."

Despite the cocky grin she wore as she reassured the travelers, the moment she stepped back outside, her expression was serious, stern in a way that seemed to clash with her girlish features. Her eyes were sharp, on the lookout for any threat, and while her hand wasn't resting on her sword's hilt, she was clearly ready to draw it at a moment's notice.

Hmm? A recognizable face is enough to pull him from his sense of ease. The sniper rifle was positioned again a top the edge of the building he hid on, his eye focused on her face. So, Raphaela is here? He's unsure of where to place her due to her role, but he knows enough about the members of the Holy Roman Empire to know his in and out approach won't work as it should. He's a guy who likes to keep things professional, study up on potential adversaries, and he's had to keep an eye for people in this area for a while now. Either way, he's found his other target, the driver. Hmph... Might as well get things started.

His aim wasn't to kill the man, but as he pulled the trigger, his shot rang out. Seconds later, the driver would find himself with a hole in his gut, not initially lethal, but without any attention, he will bleed out and die. That should cause enough of a mess for him to zero in. He's already on the move though, his helmet on his head as he removed his necklace.

They'd all feel him then, the sudden presence of his uncontrollable Reiatsu irradiating the area like water filling a bowl. They could not pinpoint him. They did not know where he would come from, but they can feel him.

RAFAELA LEONE | REICHSRITTER
All at once, things were taking a very grave turn. Rafaela's expression turned grim, and she drew her blade in a flash of purple energy as she looked around carefully for the source of this energy. It wasn't normal, and while she could tell in the vaguest sense where it was coming from just by how the energy moved from one place to another, she couldn't find the actual source.

All she could do was stand guard by the car and wait. If she tried to do first aid now, she was leaving her charge far more vulnerable. Rafaela knew, like it or not, that she was the best defense they had right about now. She'd just have to hope they weren't facing anything too far above her pay grade.

Callously, he approached, one foot before the other. With each step, the sand about his target stirred, a sudden wind creating a storm of grain. As his armored visage made itself known to the small woman who guarded the lone caravan, it slowly became a world for just the two of them. Piercing yellows shone from under the helmet's visor, the gigantic red blade that breathed and ticked like a beating heart casually hanging from his right hand over his back.

There were no words as it rose, slamming into the ground with a daunting thud. Without his voice though, the message rang clear between the two lone warriors without the raging sands. One must move, whether it be the heroes or villains of this day. 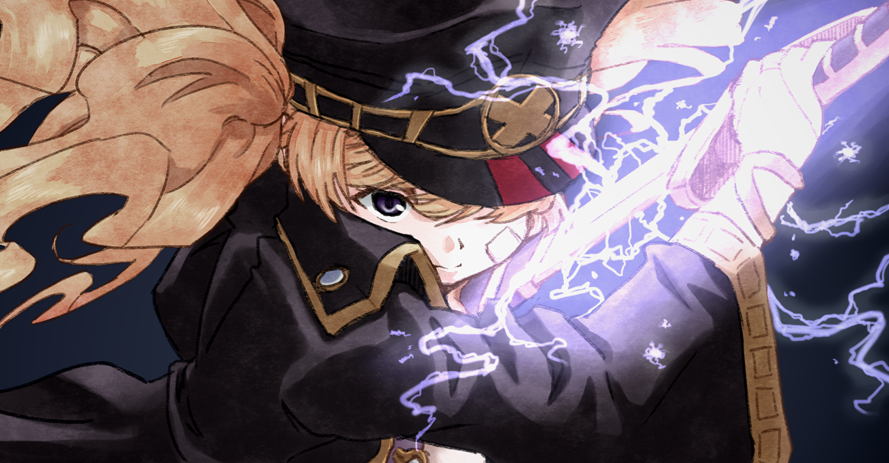 RAFAELA LEONE | REICHSRITTER
The second that her opponent stepped toward her, Rafaela realized this wasn't going to be an easy battle. Bullets were one thing, she'd handled plenty of shooters during the war without being too concerned about it. But another proper warrior, with a sword in hand? That was someone confident. Someone that knew they, too, didn't need to worry about any of the dangers of modern weaponry. As she kept her sword leveled, she spoke in that same boisterous voice she always had, confident even now.

"Unless you want me to cut you down right here, I suggest you put that sword down and come quietly!"

She didn't think he would. If there was one thing she'd learned both as an investigator and as a knight, it was that nobody with this much confidence was going to just give up because you told them to. But that didn't change that Rafaela was the sort of person to say it anyway. She wouldn't feel right if she didn't give them the chance.

"Otherwise, you face Rafaela of the Violent Lightning! First of the Reichsritter!"

Was he supposed to share his name? Sharing is meant for those who want to be remembered. He is but the dark winds, plaguing the lands like a common disease. He is no different from the other vermin that calls this Earth home. What reason does he have for her to remember him? None. He is only here for one thing, and that's to collect his bounty.

His steps continued carrying him towards her, but the little standoff between the two didn't last for more than five extra seconds. With a burst of speed, his armored form lurched towards her, his blade drug along the ground, but he did not close in close enough for any defense of hers to matter. As that red great sword rose, sand came up with it. However, that sand seemed to grow, take up more space than it should have. Like a shotgun, it exploded upward and outward, creating a sheet of sand, and as it showered down on Raphaela, she'd find her opponent missing. Though, she'd see his shadow behind her, blocking out the sun, his already rose blade sailing down a top her head, its body turned around to not simply cut her in half.

RAFAELA LEONE | REICHSRITTER
As the swordsman dashed toward her without a word, Rafaela realized something almost immediately--

That she was very, very outclassed.

Did that matter? No, not especially. She wasn't the sort to roll over and accept defeat just because she didn't think she could win. If anything, that only made Rafaela push herself even more, made her fight and struggle for it. That was the only reason she could even walk to begin with, after all. As the man launched the ground below into her like a grapeshot blast, simultaneously moving around, she knew she could only act once.

As she whipped around, her blade soared overhead, a bolt of her violent purple energy soaring upward and burning through most of the sand that was about to fall onto her. In that same motion, her sword continued in its arc, clashing directly with the blade swinging downward and, thankfully, stopping it before it could cut her in two.

"I warned you. Alright friend, you're getting a long time in the slammer for this one."

Thankfully, it didn't seem like he could at least outdo her in strength, and Rafaela lashed out with a rather brutal kick as her blade still held her opponent's. Ideally, it would connect with his stomach, but he'd have to either defend or move if he wanted to keep that from happening.

She's capable at least. It would have been a shame for someone of her position to lack any ability whatsoever. Though, his job being easier isn't something he'd ever make a fuss about, but, despite her strength, he can clearly see his advantage in this situation. If this is all she has to offer, then he has nothing to worry about. Not even her kick seemed to do much to him besides sending him away, his armored boots grinding against the ground as he slid. However, he left a deep scar in the Earth between them as his blade anchored him during his forced retreat.

His grip on its handle changed, as he reversed his hold. Rafaela would notice the sudden intensity of the space between them, as if a building pressure was about to burst. And burst it did as that great sword was ripped free from the ground, his ability to enhance his surroundings working hard as the upturned sand between them exploded up like before. This time, however, it'd actually hurt to have the multitude grains of sand bashing against one's bare skin.

In the guise of that attack, he turned his attention towards the caravan, moving quickly as he tore its exterior apart with his blade burying into its side. His distraction should prove enough to get some progress in retrieving his target in.

RAFAELA LEONE | REICHSRITTER
Damn it. Rafaela knew she'd have to run after him with the way he was moving, and that meant pushing through all the sand he'd just torn up. There wasn't any doubt it was going to be painful, but she could at least try and clear a path. Swinging her sword in an upward slash, she shot another arc of her violent purple energy through, dispersing what she could before she dashed through the rest as it battered and cut her.

Not great, but better than just letting him get what he was here for. Rafaela's blade once more swung toward Sigurd, now cloaked in that same crackling energy that she could only barely control. As long as she kept it from leaving her blade, it wouldn't be a danger, and it seemed like he was ignoring her enough that she could get at least one strike into his back.

"Hey! Turning away from an opponent before the fight's finished!?"