Nanashi made a soft noise and sighed a little at THAT. She may have been a little enthusiastic, but she wasn't stupid. "Pretty sure that stuff's above some Captains." She murmured, a bit of that enthusiasm draining at the comment. But she didn't let it get too down. It wasn't like they were gonna be sending a bunch of unseated to deal with that problem or anything. Psh, if something like THAT happened to the Sereitei......actually she didn't even know what would happen in that scenario.

However, she WAS a bit surprised when that sudden harsh tone came from Shiro. She quirked a brow, before a sly grin spread across her face. "Oh darn. And here I thought my fiery confidence alone would make all of them just give up and go home." She threw her hands up and shook her head. "'m an academy student. And news flash: So are you bucko. Neither of us is equipped to handle a war. ." She hmphed and leered over her shoulder at him.

"But I'll humor you. How SHOULD I prepare for a war, if not training?" She asked with a pouting puff of her cheeks. Clearly that little jab to her ego had nettled her a bit. 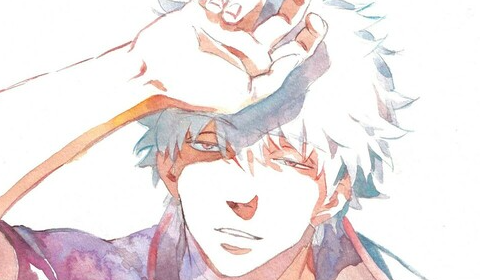 "You pray one never happens." And that's how you prepare for a war.

No one can prepare for a war. No one is ready for what could happen. Most men who join the army think they're ready for it, but then they return home brittle and broken. Shiro didn't have to join any war to understand the horrors of life, the reality of it all. It doesn't matter if one grows in strength. Their reasoning is as good as a blank piece of paper. How old was he when he saw his parents, brutally murdered, in front him? How many years did he suffer slaving and committing atrocities. Shiro would love if the whispers of conflict stayed away from his ears, but he's forced to be in the middle of this whole mess. All for her, at least.

"But, do get stronger. That will at least help you last longer. It's not the strong that suffer in a war, you know? It's people like you and me, the fodder that's easy to pick off in an attempt to mentally cripple the opposition."

He sighed and laid back in his hammock, staring up into the sky. Now he's in a bit of a sour mood. Having any thought about his past life always left him a bit sour for a bit, but he shouldn't torment Nanashi because of it. She wants to get stronger, prepare for possible conflict. Making it seem too scary would just make it easier for her to end up another name on a plaque.

Nanashi rolled her eyes a little at that. Well that sounded lame. But she could tell she wasn't going to get much better an answer from him. She sighed just a little and slumped back against the tree, frowning off into the distance before peering over her shoulder at Shiro and giving him an incredulous look.

"You're weird." She asserted simply, before sighing and throwing her hands up. "Ugh, you know. Like...I came over here because you were the cool kid who got with one of his professors and you know, I was curious about that. But jeez I didn't expect you to be such a boomer. How old are you even? Kinda young-sounding to be THIS Jaded." She noted with a dismissive wave of her hand. "I already gave in to that gloomy doom stuff once. Almost dying once was plenty for me." She insisted resolutely, folding her arms stubbornly across her chest before glancing briefly at Shiro, to see if he like...was looking at her like she was cool or something. SHE thought she was sounding pretty cool.

"Well anyway. Ignoring THAT depressing topic. So like...what IS the story with you and Professor Kuchiki anyway? IF you're this open about your little war flashback stuff, you must be fine talking about that, yea?"

"The same way anyone else gets together. You talk and go on a date."

It took him, like what, three dates? Yeah. That sounds about right. There was the test dare. Then they ended up meeting again. He can still remember when they were on Earth and how things sort of spiraled. Alcohol is a really bad substance to partake in when you have holstered feelings and thoughts.

"You know, assumptions exist just to make disappointment easier. I don't know why you'd think a guy who's called a slacker would prove anything but a slacker. If you're already training, why even bother me? I'm not in the mood to win right now."

He turned away from her then, getting comfortable in his hammock. He could go to sleep like this. 30 minutes' already been wasted with this small talk.

Nanashi twitched a little more than that before wrinkling her nose. "What, that's IT? Just, wham bam, three dates and you're together? Cmon, there's gotta be a story. Romance? A shared trauma that bound you forever?" She was pouting now, clearly a little miffed that he really wasn't interested in talking. A sigh spilling from her as she let her shoulders go slack and she shook her head. Tch, what a letdown. But well, she supposed she expected a little much from the guy.

That said.....she paused. Raising a brow slightly as she took a moment to eye the slacker, furrowing her brows. "What? Who said anything about training? I took a break to come see if you were worth my time. The results have been so-so." She hmphed softly, absolutely not going to tell him that she thought he was cool, yep just play it off like he was just a bug! "And what was that?~ Something about you're not in the mood to win? That's pretty cute." She noted, leaning in and looming over the man. "Training isn't about winning and losing, it's about getting stronger. But hey, I wouldn't expect some guy like you to understand hard work." She murmured, promptly turning on her heel and waving a hand over her shoulder.

"Whatever, if I'm such a chore then I'll leave you to your nap." She snarked before promptly marching off.