Yuki just sat there. Yuki's eyes was steal dim with little sines of life in them at all. the sadness she was feeling was consuming her. the images of her past would not stop replaying in her head as her mind was drifting away she felt .... a pressure ... a pressure around her..... what is this. it was. Len hugging her.

"len? " yuki said in a faint o most soundless voice. the haunting shadows that was plaguing her mind faded away. and the red returned to her eye's.

len said to yuki "It's not despair that I give into…" her eyes was fixated on Len. as another voice come from Len.
"COMPLETE: STAGE BLUE. TYPE: ARRANCAR. EMOTION: SADNESS. EXECUTE."
... yuki did not know what to think.. execute...was len going to try and kill me? the light engulfing the area around them. the blue light was rather beautiful. but it did not hurt. than the light flew into Len's body. his arms gripped yuki tighter. she watches the change happen.
his hair ... it is no longer the gold it was be for. 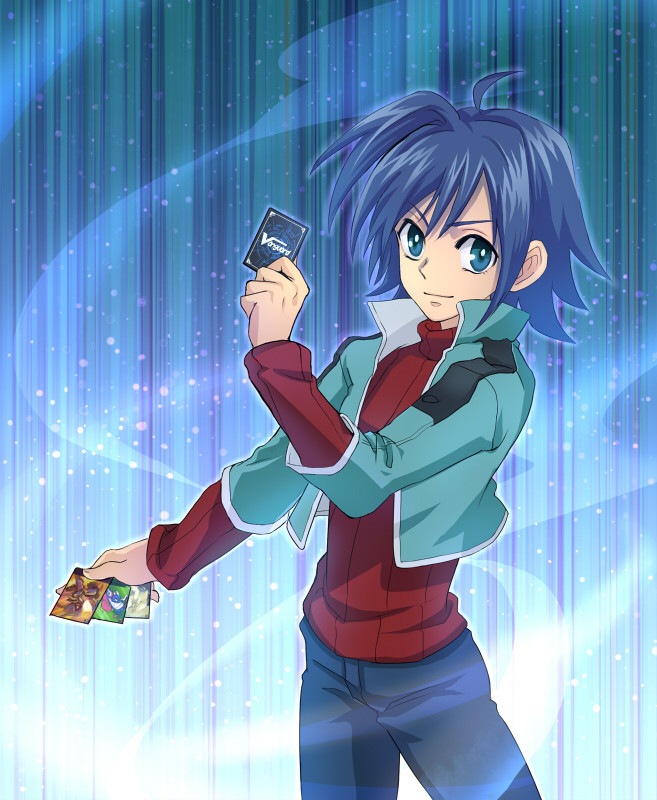 "W-well if that's true then I have an idea." Len said, hearing her reply to his question about energy. Then he looked up, hearing her talk about his hair. "My hair? What about my hair?" He asked, finally releasing the grip on her as he tried looking up at it. However... he couldn't make it out.

He frowned, turning to his side and rushing up to the lake. "What in the... my hair! Where's my gold hair?? And I can't smell the lemon!" He was having a fairly comical crisis as he ran his hands through his hair, his shocked face reflected on the waters. He then turned back around, shaking his head. No... I need to go do this!

He ran up to Yuki again, poking his pointer fingers as he explained. "W-well if you don't like eating of souls and the possibility of killing/harming kids... I could try this." He said as he shot his right finger out, pressing it onto Yuki's forehead. This form's energy felt... similar... very similar... like he could sense the very energy inside of himself and Yuki as he released his own energy into her body, completely energizing the arrancar. "D-Did that work, Yuki?" He asked, panting slightly from the energy loss. "If it did... and if you don't want to eat souls... you could come live with me at my place. I'd take good care of you, and you could take my energy instead of having to harm others." He said, surprised with his own straight-forwardness. However, he considered Yuki to be his friend. "I just.. wanna make it so that you don't feel like I did before; or you did before. If I could at least do that for you... it'd make me happy." He determined, looking back at her, his cyan eyes meeting her red, as he awaited with bated breath for her reply...

yuki laughs deeply at Len and how he is reacted to how he looks now. before he come back over to her.


yuki can feel the energy flowing threw her. yuki could steel feel the hunger but it was small and manageable. " I think it worked. but you live in karakura don't you? ...I cant go in town I would be killed." yuki had a sad look on her face " going in to a town is suicide for a hollow. they would hunt he down in minutes" "...Well, I don't think they would. Especially if they knew of the situation. Not to mention; I live on the edge of town. Not to mention... I'm seen others a lot like you in the city. As long as you don't eat any souls, you would be just fine." He explained, wincing and rubbing his neck as he recalled the memories. In fact, little to his knowledge, there did exist some good arrancar that had been allowed within the city.

Well.. I hope she does come, in any case. And if anyone DOES try to harm her... He thought, clenching his fists. I'LL TAKE THEM OUT MYSELF. He determined, nodding his head as he looked at her. "If anyone hurt you, I would DEFINITELY bury them. And... I'm pretty sure I could also try to extract the energy out of you the same way I put it in... I may even be able to disguise you as well......

"If it were possible... would you? ..That's really all i desire to know." He determined, his eyes looking at hers, waiting for an answer...

to yuki the thought of living in town was a good one. she her self never heard of a hollow living in town but yuki put her trust in Len and his words. no longer being alone ... having a friend. not having to eat souls anymore. it sounded like a dream come true.

yuki look's into Len's eyes as her own are watering up. a happy smile on her face. " yes I am willing to try. I do got this disguise and i don't have a evil aura. its getting in to town that is hard."

"Well then..." Len said, thinking to himself. "Well... I think I could extract a bit of your energy, and then if you came along with me, you'd be able to get into town just fine." Len said, holding out a hand to her. If she took it, he would be able to take in most of her energy. She wouldn't feel anything, other than perhaps a bit of tiredness. Then he looked her in the eyes, giving his reply.

"It'll definitely be ok. Even if it's not... I'll make it that way. So... I'll trust you... and you'll trust me. Sound fair enough?" He said, smiling, looking very little like the golden-haired boy who had been sobbing his heart out just moments ago. I'm... really going to be able to do it. He thought, a very wide smile on his face. I'm really going to be able to help someone from feeling... how I felt... for all those years...! I can do it! He thought, happy tears of his own in the corners of his eyes at the thought. Then his smile vanished, for just a moment.

"And... Yuki... thanks for earlier." He said clearly, bowing to the girl as he remembered her attempts to comfort him when he was in the depths of his despair. This... will really... 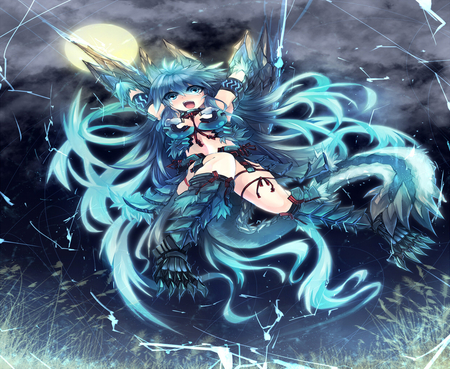 Unsure what the future holds...

Yuki happily reached up taking his hand rising to her feet. Yuki could not help but giggle slightly. Yuki would put her trust in him. she felt like crying. she could feel the tears behind her eyes but Yuki kept them back.

"yes it's much more than fair. " Yuki is smiling at Len. " as long as you think it will be ok than I know it will."

as yuki took a step foreword her foot slips out from under her and falls. "aaaa" yuki puts her arms out to stop her self from hitting the ground face first. yuki looks back at her foot.. and pulls a shredded piece of cloth off of it."this is..." yuki now has a strange look on her face .

" my kimono...." the kimono had been ripped to shreds by animals and covered in mud.

Unsure what the future holds...

yuki got to her feet with Lens help. and she heard Len say he would buy her a new kimono. it made her happy that he would even offer to do so. as Len asked her what kind she wants. yuki said. " no need ... I don't really need clothes. i just like to where normal clothes from time to time." she razed her right hand over her left eye and the area near her body started to blur. as the blur faded away she looked different. 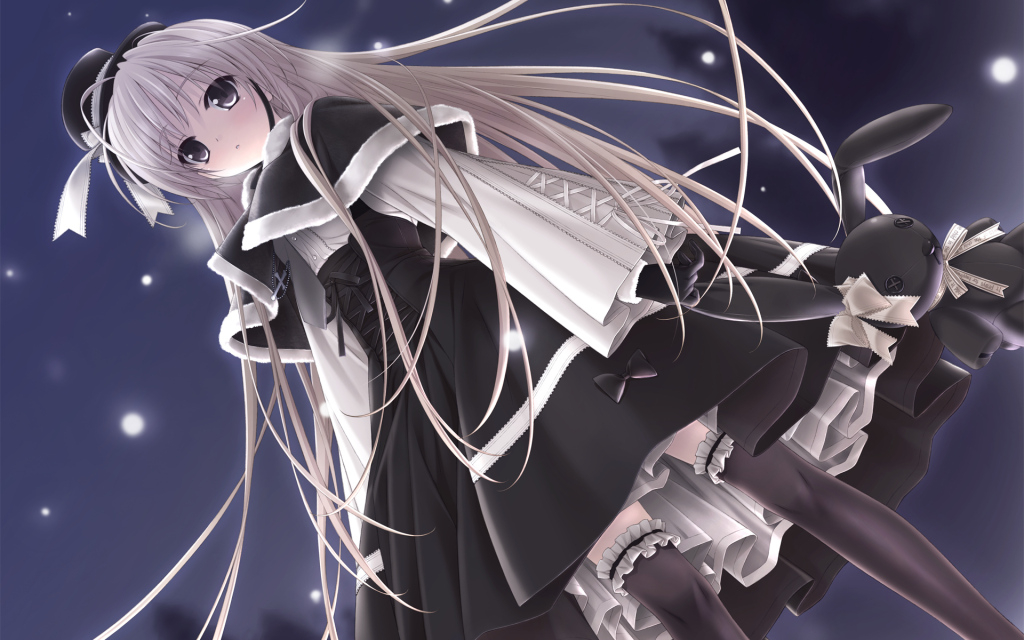 yuki now would have on a black dress and look a bit older about 15 or so. yuki looks at Len smiling" oook. that is better." taking hold of Lens hand. Len could feel hers trembling a little. "Ready. lets try it." yuki giggled staring at Len's blue hair