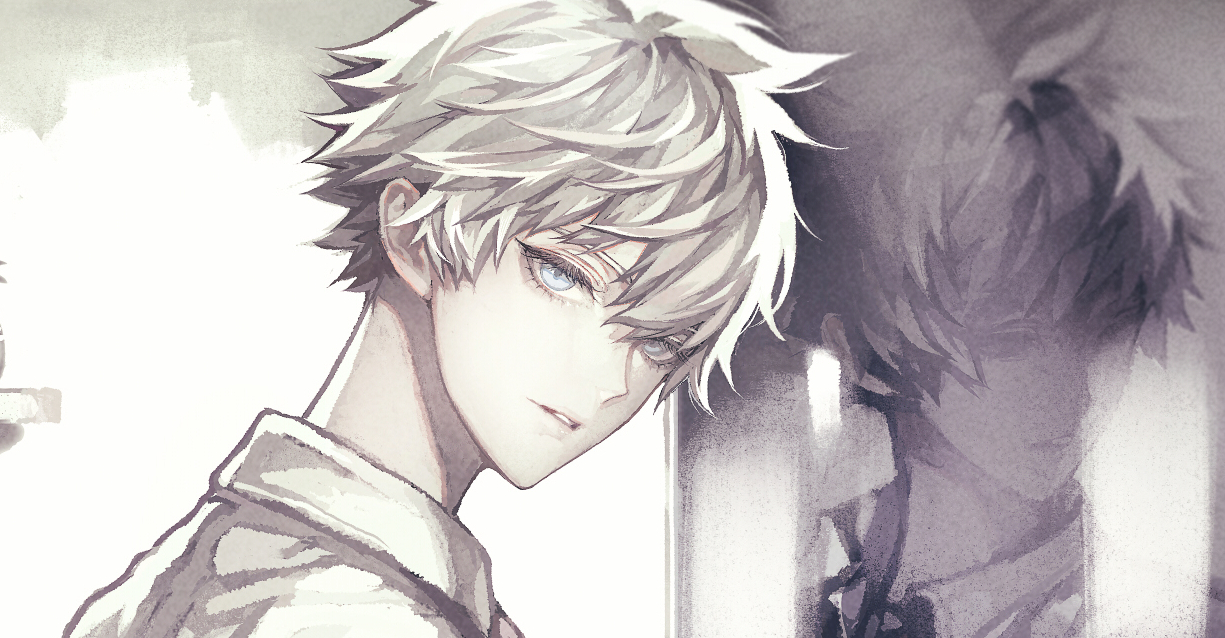 JULIAN ST. VENDEMIAIRE
"I've taken record of another handful of spiritual signatures. They ought to be relatively simple to compare to other locations. I would rather have liked to find some sort of physical evidence, but given how long it has been since the war, I did not anticipate we would find anything."

As Elyss left through the window, Julian gestured for Makoto to go next. He doubted that he would find any other information of note in these extra few seconds afforded by leaving last, but it was worth taking the time to do so. Of course, he made sure to shut the door they'd kicked down. Not that it would repair the damage in any capacity, but it might have given them a few moments of respite.

"As it stands, I cannot say much beyond affirming that what we are looking for was certainly here. Elyss, I will see if I can contact my captain for some method of recording spiritual signatures when you are having your meeting. If you can do that, we will have much more to work with when we are finished here."

MAKOTO ARIMA
She wasn't going to argue with him about going next, there was rhyme and reason behind all of it after all. While jumping out the window seemed like a little dodgy if someone was to observe three people leaving from the fire escape Makoto did agree with the logic behind it. Leaving Julian to have a couple extra moments alone to do some final scrying, Makoto promptly followed behind Elyss before stretching when she got to the bottom.

"Knowing our target was here is good enough. It at least confirms that we have started on the right trail."

It did occur to her that she didn't have much to contribute compared to the two of them at present, Elyss' division made it easier for her to engage with her members on Earth and Julian had resources to work towards seeing if they could be discreetly sent here. Her role as a seated officer wasn't exactly very much help in the way of exerting its benefits here.

"I suppose I can try to assist in organising that the resources you need are able to get to us without much trouble."

She didn't really want people in the Soul Society to get particularly curious as to why the Third Division was sending resources to the living realm and it seemed the best she could do but it was something and Makoto hated to take the sideline or feel useless.

Rolling her neck, she didn’t waste her time responding to either Makoto or Julian. A simple nod of confirmation proved plentiful for her. It seems her time to be the conductor is nearing. Whoever or whatever was here is what they’re after. That’s good. If she gains the ability to separate and identify energies, she might get lucky and get a hint of their target while she’s out tonight. Hopefully, the science squad has just the thing for her. If anything, getting more samples will just help them figure out where to go next. Once they have something, it won’t be hard to pinpoint more cases of that particular thing.

“Mmm… Interesting… A boring hotel, a war torn town, America, Iceland, no physical traces left behind… Whatever we’re after isn’t normal, per se. Someone’s running, not from us, though... Maybe they’re not even running... Maybe they’re working…”

She’s muttering to herself, trying to work out everything they do know. It’s bare at best, but the identity of their target is becoming slightly clearer to her. It’s someone that likes to move around for some reason, and they don’t seem to like leaving a mess. They’re after something dangerous, but that leaves one big question. Why is Abalia attached to this person? Why is a piece of her soul with whomever they’re after? Well, whatever the case may be, it doesn’t matter at the end of the day. Whether this thing is connected to Abalia or not, they still have to find it. Maybe it has something to do with Abalia’s life before becoming a Plus, her life as a human. If so, that doesn’t help because Abalia probably doesn’t remember anything about her human life. Tch…

JULIAN ST. VENDEMIAIRE
Nodding in agreement with Makoto, Julian then took a moment to consider Elyss' words. Though they seemed to mostly be a matter of simply putting thoughts together, he found them generally agreeable, and committed them to his own memory as well. After all, he would rather like to have this discussion later on.

"Very good. Then we will attend to our respective duties, and reconvene at the hotel late tonight. Agreed?"

Julian had nothing else he felt he needed to address, and he was confident that these two could handle their parts without any issue. Now it was simply a matter of getting the job done.

MAKOTO ARIMA
"Right. That sounds like a good idea."

Makoto had to hold back the snippy comment of trying to reaffirm to Elyss not to get complacent and accidently slip but caught herself quickly enough to hold it back. She was trying to not be so critical, after all it wasn't like Elyss had done much in the way of needing her to poke at her capability... except breaking in a door... and almost getting hit by a car.

Okay, maybe she was just trying to not be confrontational and either way. Leaving to go do respective duties meant that she could get away faster if she didn't waste time bickering about tiny little details like this.

Again, Elyss doesn’t respond to Julian, instead, opting to take out her device from earlier. The sudden vibration in her pocket pulled her attention from her surroundings, and, with a quick check, she takes note of the message left for her. She has an hour before the meeting. Well, with that information, she’s boarding the bus that had stopped across the road. It’s probably for the best that she leaves her Gigai in their hotel room, even if the ride is a little long. Though, without the restrictions on her body, she should be able to clear the distance between the room and her destination on her own in a matter of minutes.

Her thoughts are still focused on whatever they’re after. What is she even going to discuss with her squad mate? She has to get leads without giving up her actual objective, a tricky situation. She’ll figure something out. Sticky situations are sort of her thing.