A Matter of Necessity [Chifuyu, Mana]

2 posters
Bleach Platinum Hearts RP  :: REALMS OF THE PH UNIVERSE :: Realms Of The Multiverse :: The Demon World :: The Sirsa Lands

A Matter of Necessity [Chifuyu, Mana] 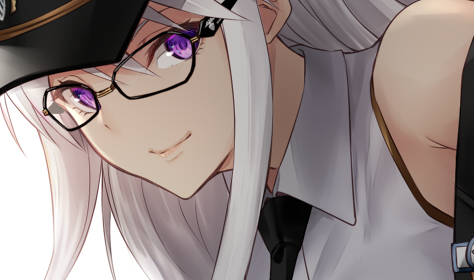 CHIFUYU YUUDESHI | LIGHT WARDEN
Demon World. It is a place that Chifuyu would have to say is a place that represented a plight to her. In the past it had been the source of something she needed to get rid of, a cancer of the Earth. Now it was something she was willing to assist, though not out of any kind of benevolence on her part. More that it was a necessary and mutal opponent the two of them faced that she hoped would make it enough to have the Queen of Demons herself willing to meet.

She wasn't going into the hornets nest though, she was compromising and showing good faith by showing up on Mana's home turf but wanted someplace partially neutral.

Chifuyu had avoided any trickery, no one else and she didn't even bother to lace the environment with her crystals for any kind of tactical advantage. The most she wanted to exchange in this situation were words and nothing more to her former enemy. Though Mana was considered a former enemy, she had yet to complete her assessment of the demon's spawn and organisation that had sprung up out of Shadow Fall's ashes.

This wasn't a matter for Moksha though, there was no need to involve them because it was not relevant to them. Mana was the one that had the closest connection to the Demon God and had shown up during Vastime's incident, that was what made her the only one that Chifuyu needed to involve herself with on these matters.


Yesterday's enemies could be tomorrow's allies. Blood soaked the known realms as the demonic forces encroached upon a demented form of freedom which their years of infinite restriction brought about. Perhaps that fill of unlimited release was coming to a close, so the next generation needed to figure out how things would work in traversing the future of their worlds. It is for this reason why there was no particular resistance given to the likes of Chifuyu coming forth into the den of devils.

Indeed, by the time the lone Yuudeshi arrived at her location, a smiling pale-skinned greeted her. As those gem green eyes of The Demon Queens locked on the woman. While giving a friendly wave to the woman, it was apparent that the horned devil wasn't in a vicious mood. So, perhaps things could be patched up among their respective organizations as the looming threat of utter death and destruction hung over their heads.

"Salutations~ Pleasure to have ya' in my lil' home."

With her tone of voice drenched in a sweet southern twang, Ol' Mana swayed her way over toward the human as her blackened dress flowed ever so freely in the breeze. As in one quick motion did the Queen grasp the hand of Chifuyu, kiss it and give a wink of her right hand as she gave a bow.

"The wicked witch of the rest is at your service~"

She allowed the whimsical cordial goings of the Queen to occur, it wasn't something she was going to bother about. These tiny little gestures weren't things to consider much when there were far grander things she had to consider in the scope of universal matters for the benefit of other people.

"You were not only present but actually quite core in the effort to contain the incident involving Hayden and Death, it is my intention to come to a more permanent solution that will benefit not just my own realm but your own as well."


There was no response given to her antics. If nothing else, it was a little disappointing, but they were here to deal business and it seemed this one was cold set on it. So, Mana moved away from her hand and set her earnest gave upon the woman as she was rather curious what kind of deal she was interested in working between the two of them.

"Very well, hun. I'll cease the games since ya' seem to be here for something juicy."

After forging her own throne from the world itself, she sat back in this blackened seat as she gazed at the visage of Chifuyu and asked one simple question:

"How is your solution beneficial to our people, Yuudeshi?"

CHIFUYU YUUDESHI | LIGHT WARDEN
"I feel that is an obvious question, Death is as much a danger to your realm as it is our's. Were Death to escape in the near future, I feel I ought to remind you of where he would likely go as his priority. A small fragment would very likely want to rush straight to the source. Which, correct me if I am wrong is deep in this world?"

The pathway would be carved into ruin with that single-minded obsession. Whatever sought to get in his way would be decimated.

"Additionally, if we assume it is vengeful. I have no doubt that the living realm would be at great danger but the demon-kind have contained him for years, no millennia?"

Chifuyu wasn't bothered by the difference in height that did suggest and reaffirm the different of power between the two. She raised her hands to emphasise her appeal it was an educated guess that Death would be a more immediate threat to the demons than it would be to the living realm but a truce would prevent that disaster from becoming a hurricane that would create more devestation, more complications and also result in the same situation occuring but with less controlled circumstances.

Even if Mana refused to help her now, if the situation escalated then she would need to intervene when it was harder and would require more powerful allies. Powerful beings on her magnitude of course becoming less present in the world at large.


The Demoness closed her eyes as she pondered quite the threat that death posed. Having been one of the few beings to comprehend its power, it would be utterly foolish not to see the value of uniting forces against such a vast threat. To her, Hayden was the only beginning of a long, daunting series of potential calamities which could indeed harm the multi-verse as they knew it. For this reason is why her demeanor shifted to something colder as a stern gaze was now upon the sight of Chifuyu.

"Since you seem to understand the gravity of the situation: how do you purpose we handle our truce? Both of our worlds are still rightfully sore from all the hell that has been waged, I do not believe you'd venture to my home without some sort of idea to make our allyship amicable?"

There was a pause before the woman then formed a throne for the Yuudeshi to sit on so that she may be metaphorically brought to the table to handle these matters as a sign of respect.

"As if something isn't done, and our worlds are damaged, resources will begin to dwindle and I can foresee smaller wars throughout these realms to take that which hasn't been trounced upon by death and I'd like to prevent that if I can."

CHIFUYU YUUDESHI | LIGHT WARDEN
"Truth be told, I believe due to the tender nature of the relationship between demons and humans that we do not involve the wider scope of them. If that were not the case, I would be speaking as an emissary for Lux Orior and likely to a member of Moksha or one of your other sisters like Inami and the other two as well."

That's right, Chifuyu liked to exert only as much as was necessary to get a job done. Too many chefs in the kitchen made for things to get a bit chaotic and unlike the woman before her Chifuyu did not enjoy chaos and anarchy that came with Mana's origin. It was a task that she believed the two of them could handle just fine, not many people knew the scale or issue which loomed over from the shadow that Death cast anyway. Best keep the ignorantly blissful just that.

"You possess access to Death, am I correct? You're the individual that is the closest to Deveta without being a part of it and in addition, have direct access to Death itself by proxy. Right? Which is where I require you to allow me access to that and be able to... pincer it from multiple fronts."

Hayden was nothing more than a terminal, she did think it was still a route and something she would consider but there were other tangents here. She did not believe using Hayden alone would suffice for solving their Death issue. Though, Chifuyu didn't decide to be forthcoming with the question of what demons would do if their well of Death's body and power suddenly dried up.

Permissions in this forum:
You cannot reply to topics in this forum
Who is online?
In total there are 20 users online :: 2 Registered, 1 Hidden and 17 Guests