Re: The Living Don't Remember [Yuel/Saisei]

YUEL DUULHEIM
The similarities between their mannerisms put Yuel at the intersection of intrigue, appreciation, and guilt. She already made a cognitive effort to separate the two as individuals, but the resemblance truly was uncanny. A deeper dive would draw their differences to the surface, no?

The tiramisu looked good. What a quaint cafe--but what was with the word tiramisu? Yuel knew the etymology, but the combination and enunciation of the word just seemed to standout. It was an easy word to say for a Japanese native. Was it just her who felt so curious over the word tiramisu? Hopefully it really would be a pick me up. Oh, wait, tiramisu was a raw dessert, right? This was Italy, so how traditional did this cafe make it? She'd have to ask about any alcohol in it before ordering.

"Chifuyu and Hayden, huh? Small world, they're some of my closest friends!"

Wait, if the two of them had met Saisei before, why did they never tell Yuel about him? Actually, the quite likely answer was that they did, at some point, in some time, to a different Yuel whose memories eluded her. Fair enough.

"So you hear voices in your head? That's kind of concerning. What kind of voices in your head? 'Cause Azure heard some too. Well, one was a sort of ziamichi type thing, and then another was an ego division sort of thing, and--huh, Azure heard quite a few voices in his head... Are any of those voices you're hearing carry over, afflictions to his soul that now embody themselves in you? Do these voices add to leading you astray and instill that sense of being lost, or is that just totally different?"

Saisei never had to open himself to her questions to begin with, as she battered him with them well before receiving permission.

"Oh, hello." She was back to speaking in Italian, "The tiramisu--does that have any alcohol in it? And for a drink, can I get a latte macchiato? Thank you."

From the corner of her peripherals, Yuel caught onto Saisei staring her down with a sweet expression.

Why was he staring like that? Maybe that sort of look, from Azure, would just come across as a fatherly sort of care. Saisei was not Azure, however, and though they looked quite the same, it wasn't totally identical. In Yuel's mind, Azure was a much older man. Anyone else would likely say he looked like a young man, for quite a time perhaps even just an older teenager, but it wasn't quite like that for Yuel. Saisei, on the other hand, actually did look like a young man to her. A fresher face. Being so intently looked at by him made her face feel a little hot. Goodness, it gets a little hot in Italy, doesn't it?

Re: The Living Don't Remember [Yuel/Saisei] 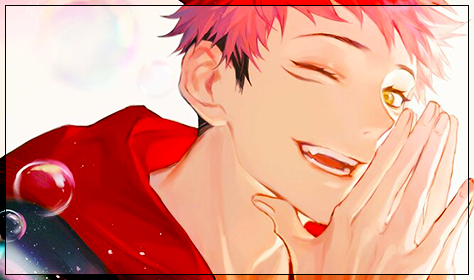 Saisei Satō | A Dream Realized
"I can't say I'm surprised. They were close to Azure too. Small world."

Saisei knew this, of course. He knew that whoever he interacted with that new the old man would have known one another. It seemed, as far as his memories were concerned, Azure kept close company with everyone. Close knit, figured it was in the man's nature. Wouldn't have found himself in good company if there wasn't a reason for it after all.

He shrugged, leaning away from the girl, keeping his gaze locked solid. Her words felt harsh, even if they came from a place of genuine curiosity. It was never nice talking about the little things in your head. Clearing his throat, Saisei nodded and gave his forehead a bit of a poke.

"Even if i wanted to give you permission I figured I'd have to answer them. It always ends up that, believe it or not. I still have a lot I could learn about Azure Iramasha, I won't deny that. When it comes to those little voices, however. Well..." He paused, rubbing his hand against his chin and thinking. How to put it... With a snap and a smirk, Saisei elaborated for Yuel. "I can guarantee they don't effect me on a spiritual level. I can also guarantee that, contrary to popular belief, it seems that things that effect the soul don't tend to go away with a do-over. He calls himself Husk. He doesn't like me, haven't heard his voice in awhile. I figure he's still around though. Hard to believe he'd pass with age."

Whether or not Azure spoke of his time dealing with his own spiritual anomaly before death, Saisei figured it was understood by his closest friends and family that Husk was but a shard of his own making. Cracking away at his soul left him fractured, spiritually empty. He assumed it was rare given Saisei had never met another with the condition.

"Did he ever talk to you about it? Doesn't seem very pleasant if I had to imagine. Sort of like having a piece of you that you thought couldn't exist take over your entire life. Unnerving, really."

It didn't take a genius to notice Yuel's disposition. Not that she was hiding it, of course. All he could do was make note and do his best to not make her uncomfortable. To do what Azure would ask of him. He continued his incessant stare nonetheless.