As Vast As Oceans (Tier/Ignacio)

As Vast As Oceans (Tier/Ignacio)

Again, in the endless sands of Hueco Mundo. Why here, once more, after her enjoyment in the world of the living? Well, the reason why is a simple one. If one were to ponder beside her, she would have related her time there as, what the mortals call, a vacation. Though, the term vacation is all too familiar to her for it to be defined as something only the other species may understand and enjoy. She has found herself relating much with them, leaving herself bewildered by her own origin. Was she a human before a Hollow? Maybe she could have been a Shinigami. Nevertheless, it is pointless to worry about things that will never be revealed, even if one must suffer through nostalgic feelings because of them.

Either way, it would be folly to leave her home behind as if she had not lived the last centuries roaming it. All Earth did was fill her with a sense of longing, a longing for a better home to return to. Maybe that is why she stands dressed in new regalia, an outfit that would relate her to a more present and authoritarian individual. That seems to be the point of it. Her past was finally laid to rest after all, and moving forward means creating new goals, new reasons for life.

And that leaves but one question: What? Finding herself amongst the ruins she had created of Aizen's legacy, that is her only question. Slowly, but surely, she's finding a definite answer. 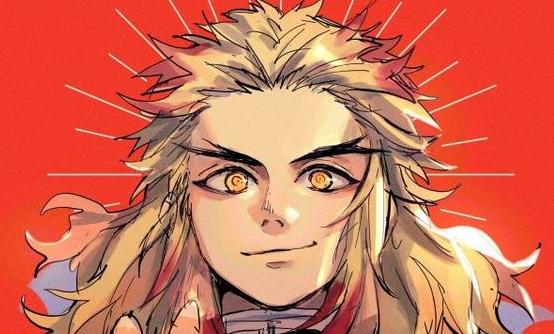 Ignacio Vega
Ignacio was not one to often find himself seeking the companionship of others, even amongst the Flaming Rings he did enjoy his solitude. Yet recently he had found himself in the company of those that he would call comrades, those few whose goals aligned close enough to his own that he was prepared to draw swords alongside them. Another species might have referred to these relations as friendships, but an Arrancar was not weighed down with such burdens.

Finding himself within the ruins of Las Noches, somewhere that he had spent centuries shunning ever since the rise and fall of Aizen, Ignacio could not help but feel out of place. But this was Tier's home now, the one that she had made from the ashes of that which came before, and she had wanted him to be here today. He could only imagine why, but seeing her in this new attire certainly gave him an inclination. Times were changing once again in this endless desert, and he could either ride the wave or stand against the tide.

"Is this an auspicious meeting, Tier Harribel? It has been a short while."

His appearance had changed little since that meeting on Earth, still dressed plainly in robes of black and white with little equipment but the sword and his hip and little decoration beyond the two metal fingers that stood apart from the rest of the ordinary flesh on his body. The single oddity is like a single blemish against an otherwise blank canvas.

"Do you know what we lack compared to the others, my friend?" Tier asked, her attention forward still.

She did not turn to him, not yet. She wasn't finished yet, for her question was rhetorical. Their race lacked so much that one could write an essay on the subject. The very nature of their kind is but a sin. Their very existence is but a sin. Yet, here they are, forced to make do with their sins and continue forward.

Aizen was the first, wasn't he? He was the first to show what a united Hueco Mundo could do. Of course, it failed, for he had only wanted to fulfill his own greedy goals and made use of Hollow like machines. However, the others that followed him: Nagato, Yaksha, Barragan; they were but examples of what they could truly be.

"...Ignacio. Do you consider me your friend?"

Now, there it is, a question worthy of an answer. As if signifying its importance, Tier finally turned, her emerald gaze, hard and soft at the same time, curiosity underneath her mask.

Ignacio Vega
Ignacio had mused upon similar philosophical questions before, of why they existed in this state and what drove them to continue on without any real attempts at progress. He understood well enough that Tier was not looking for an answer from him, they were matters that could hardly be discussed in a timely manner and only sources of further conflict, but the question she did posit left him momentarily stunned. Not that he wore such confusion upon his face as anything more than the cocking of an eyebrow.

He had thought as much before the question had been asked, the pause had stemmed from the consideration that she might think such of him. But Tier Harribel did not seem like the type to form such bonds quickly either. Their interactions as comrades had been, for the most part, purely functional. Only Hawaii had been different, and he could not help but admit that it had been something else entirely.

"Friendships are not a common luxury amongst our kind, especially when we are so fond of killing each other even after all these years. You are interesting to me, I cannot deny that, but it would be ignorant of me to call that a friendship."

"Then, as a race, we will forever sink."

Her left hand moved, her palm resting a top the pommel of her Zanpakuto's handle. For a second, she seemed hostile, pissed at something, and her full aggression seemed entirely focused on Ignacio. For a moment, the man stood at the edge of a hurricane, the force of Tier's presence enough to stir the still air of Hueco Mundo. Though, as her aggression came, it went, as if they now stood in the eye of the storm. The strength of her Reiatsu lingered, but it proved barely a threat to him, Tier's attention now sparse and visibly lost in the distance.

"You are my friend, Ignacio. Why? Because I no longer care to denote my kind as an enemy any longer. This ignorance that plagues our existence, this hatred and cannibalism. It is time for a change, not some pathetic tyrannical excuse to control our kind, but for actual change. We have tried having Kings. We have tried making a home of Earth. Why not turn our home into an actual home?"

She paused, her anger seeming to swell more and more, years of pent-up aggression spilling from her like a tsunami, seemingly calling out to the world around her, brandishing it, condemning it.

"I will ask they surrender their pride for a better tomorrow, a goal as far from yours and Ichigo's. I ask not for your help, but I ask for you to not stand in my way. You are my friend, but I also understand the meaning of friends to our kind. I will not allow for you or anyone to stop me as I attempt something never before tried."

Ignacio Vega
"Just because I do not yet consider you a friend does not mean I consider you an enemy, Tier. You speak as you did before, of hope and ambition. Of a brighter future, not just for yourself but for our kind as a whole. That is someone who I could eventually see myself considering as something more. For no true bond was built in a single day."

He felt those outbursts of anger, like a raging storm that threatened to consume everything around her including him, but he did not flinch. Did not reach for his blade nor shift into a defensive stance. If his words were not enough for her then it was unlikely that his sword would be so, instead, he remained standing there before her. He did not offer himself to her, but nor did he seek to leave. His own Reiatsu built up slowly, though its strength did pale in comparison to her own, as he did want to let her know that he was still there.

"If it costs me only my pride, then I offer it gladly. It has done me little good before now anyway. So, as you find me in your path, I offer what aid is within my power to grant to your quest to change our world."

That was the measure of Ignacio Vega. That he was more than willing to compromise for another to achieve their goals if he believed that their goal was for the benefit of the many, not the few. Perhaps Tier was that person who would finally make him bend, rather than fail to break him.

"You bend easily for a Hollow," she jeered jestingly. However, she simply found herself content with the situation and turned her attention to the distance around. Staring at nothing yet staring at everything. Isn't it interesting how being tired leaves her invigorated. She finds herself hating this sense of doing something, but nothing will change without a push. All this violence will never go away without someone like her at its helm. Maybe she's being cocky, but isn't that required to do anything?

"Anyway, much must be done, so I will leave you as you are. If I am required, know I am never far."